Potential bad news for those who participated in the closed and open betas for Activision and Bungie’s highly anticipated online first-person shooter opus, Destiny. If you got particularly attached to the character(s) you made for the beta, you’ll have to kiss them goodbye. Bungie has wiped all of the beta characters, and none of them will be useable in the final retail build of the game. 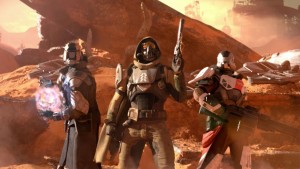 The decision to completely eliminate beta characters comes from the sheer amount of rebalances and tweaks that were made to Destiny, in response to its incredibly busy and successful beta period. Bungie claims that the game’s alterations would make the beta build’s characters confusing at best, and broken at worst in the revised build of the game.

Destiny initially hosted a ‘first look alpha’ for very select early access players during this year’s E3, exclusively on PlayStation 4. From there, it offered closed beta access to those who pre-ordered the game around the middle of July for the PlayStation 4 and PlayStation 3 versions, with the closed pre-order beta period extending to Xbox One and Xbox 360 the following week. A few days later, the beta went open on all four platforms, with anyone possessing a PlayStation Plus/Xbox Live Gold membership able to participate, and anyone with their console hooked up to the internet in the case of the PlayStation 3 version.

Destiny allows you to customize your own player character, defining their gender, features, build and multiple other characteristics. Players 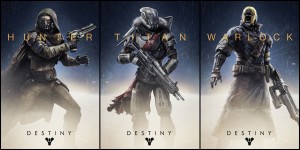 can also choose between three classes: The melee-focused Titan, range-attacking Hunter, and special attack-based Warlock. The beta capped character levels at level 8 however.

Destiny comes to PlayStation 4, PlayStation 3, Xbox One, and Xbox 360 on September 9th. The PlayStation 4 and PlayStation 3 versions will include exclusive missions, weapons and costumes. Bungie has also confirmed that there will be no cross-generation play, so PlayStation 3/Xbox 360 players can’t play online with PlayStation 4/Xbox One players, and vice-versa.

Keep exploring Eggplante for all of your news and updates on Destiny.