Microsoft has announced two new Xbox One bundles at Gamescom in Germany today.

The first will come with a download token for Sunset Overdrive, as well as Day One DLC for the game, including some pretty cool achievements for the game. Cooler than that, however, is that it will be a white Xbox One console, the first to hit the masses. The machine will come without Kinect at the same retail price of a standard Xbox One.

The second of the two bundles for North America includes a Call of Duty: Advanced Warfare-themed Xbox One and controller, as well as an upgraded 1TB, above the standard 500GB, and of course, a copy of the game. Also without Kinect, this version of the console will be $499.

Both consoles launch alongside their pack-in titles, on October 28th and November 4th, respectively.

Take a look at the two units below and let us know which one you like better!

For all the news from Gamescom 2014, stay right here on Eggplante! 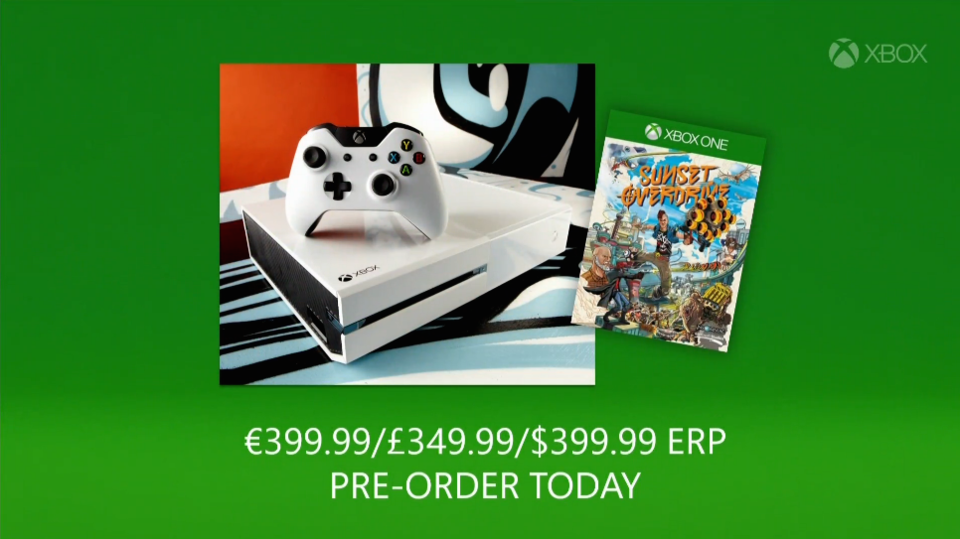