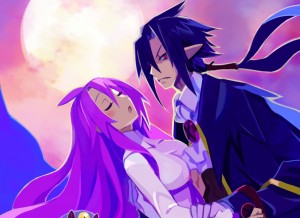 ess briefing has seen a busy array of announcements for the PlayStation 4. One of the biggest however is one from Nippon Ichi Software, who have just announced Disgaea 5! Not only that, but the game has been announced for PlayStation 4 exclusively.

There were no details given about this latest mainline entry in the celebrated strategy-RPG series, but it is set to release in 2015 in at least Japan, with a Western release no doubt following soon after.

Eggplante will continue to conjure your news and updates on the Disgaea series.