Following its initial announcement earlier this year, Atlus eventually confirmed that the long-anticipated RPG sequel, Shin Megami Tensei: Persona 5, was in development for PlayStation 3, and was set for a release this year in Japan. 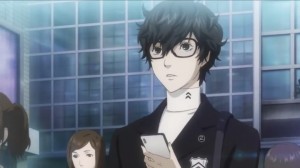 That release plan has now been altered slightly, as Atlus has jointly announced with Sony at today’s pre-TGS PlayStation press briefing, that Persona 5 is also being released for PlayStation 4 on top of PlayStation 3! The game is now delayed to 2015 in Japan as a result of the decision to make a PlayStation 4 version, but this may not affect the West so much, as North America and Europe weren’t getting Persona 5 before next year anyhow.

The PlayStation 4 edition of Persona 5 may be a strategy to boost PlayStation 4 sales in Japan, as Sony’s next-gen console is currently selling rather poorly in the Land of the Rising Sun, despite its massive sales success and acclaim in other major territories. A handful of other JRPG-related announcements for PlayStation 4 have also been made today, no doubt to the same end.

Atlus has released a new teaser for Persona 5 in conjunction with the annoucement of the PlayStation 4 port, which gives a first look at some FMV footage from the game. It shows a mysterious bespectacled young man riding the bullet train, and then wandering around a crowded Japanese district, where people suddenly freeze, and an eerie blue flame beckons him. As with the announcement teaser, the new reveal showcases a theme of slavery and freedom, but from what?

Eggplante will continue to divine any news and updates on the Persona series, and Persona 5.