One feature that the PlayStation 3 has continued to boast over its handheld counterpart and next-gen successor is the ability for users to customize its cross-media bar menu with a variety of ‘themes’. These themes can depict anything from certain art styles, or depictions of various games available for PlayStation platforms. 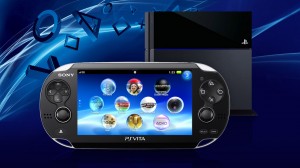 Finally however, at Sony’s pre-TGS press conference, it’s been confirmed that custom themes are on the way for PlayStation 4 and PlayStation Vita, in case you’re getting sick of staring at those bright blue backgrounds on both devices. The themes have only been discussed for Japan at this point, but they’ll no doubt also come to the West with the same PlayStation Network updates.

The PlayStation Vita will get the custom theme option during its upcoming 3.30 firmware update. It’s not clear which other features may be added with this update, but for Japan, the first themes available will be for Danganronpa: Another Episode, Phantasy Star Nova, Freedom Wars, and Oreshika: Tainted Bloodlines.

The PlayStation 4 meanwhile will get custom themes after its meaty 2.00 firmware update. This update will also add the ability to upload Share Button videos directly to YouTube, enact Share Play, where players can collaborate to control a game and finish it together online, and new custom options for finding PlayStation Network friends. Unfortunately, Sony didn’t reveal any custom themes that are currently in the works for PlayStation 4 quite yet.

It’s still uncertain exactly when both of these firmware updates will go live, but fortunately, those who like to further tailor their PlayStation devices to their own tastes at least have a firmware number on both counts.

Eggplante will continue to bring you your news on PlayStation platforms and incentives.