After many, many years languishing in development hell, Fox has finally decided to commit to realizing Deadpool, the X-Men movie spin-off about the titular Merc with a Mouth. The movie is set to release on Valentine’s Day weekend in a couple of years, specifically, on February 12th, 2016. Such a romantic occasion may seem out-of-place for an oft-demanded Marvel superhero blockbuster, but hey, what is Deadpool, if not a labour of love?

The decision appears to have been accelerated by some leaked test footage that made the rounds online, showing a CG Deadpool, voiced by attached star, Ryan Reynolds, dispatching bad guys and quipping at the camera. The test footage was very well-received by fans, with Ryan Reynolds himself even expressing enthusiasm at the positive feedback just days ago.

While he hasn’t been officially signed for the part, Ryan Reynolds still remains the frontrunner for the role of Wade Wilson/Deadpool himself, a cheeky, fourth wall-breaking, hysterically insane Marvel mercenary with a penchant for both guns and swords, the ability to teleport, and the ability to heal injuries, similar to fellow mutant, Wolverine. In fact, Deadpool and Wolverine were both part of the same Weapon X program that augmented their abilities in Marvel Comics lore, with these events touched upon during Deadpool’s initial big screen appearance in 2009’s X-Men Origins: Wolverine, with Ryan Reynolds portraying a pre-insanity Wade Wilson.

Given that Deadpool was heavily re-tooled for X-Men Origins: Wolverine, and became one of the chief reasons for that movie’s scathing fan feedback, it’s probable that Deadpool, the movie will distance itself from those events, despite a post-credits sing that indicated that “Weapon XI” in that movie survived his beheading at the hands of Wolverine. Since Fox has largely declared the mostly-hated X-Men Origins: Wolverine to be non-canon for the X-Men movie franchise at this point though, this no doubt no longer means anything.

Deadpool has been a Marvel Comics mainstay since his first appearance in the printed panels in 1991. Since then, he’s b

ecome an unofficial mascot character for extended Marvel media, seeing several appearances in Marvel cartoons and video games, and even receiving his own standalone video game, simply titled Deadpool, in 2013. The Activision-published and High Moon Studios-developed game has been removed from digital storefronts due to Marvel’s previous licensing deal with Activision lapsing, following Marvel’s buyout by Disney, making its PC version completely inaccessible for purchase without pirating at this point, though the Xbox 360 and PlayStation 3 versions can still be found in the second-hand game market fairly easily.

It’s wonderful news that Deadpool finally has a date to hit theatres, and this would also confirm that Fox’s mysterious Marvel project for 2018 is not in fact the Deadpool movie.

With the dating of Deadpool comes some shuffling of a couple of other Fox blockbusters however, so be advised that a handful of Fox’s big movie projects for next year will now be arriving at different times. Most notably, the movie adaptation of Ubisoft’s hit video game, Assassin’s Creed has now vacated its August 7th, 2015 release date, with Fox not currently assigning a new one. Michael Fassbender remains the only actor confirmed for the film, which is planned for release in 3D, and won’t adapt any of the vast number of games released to date, instead taking place during the Spanish Inquisition, according to script reports. 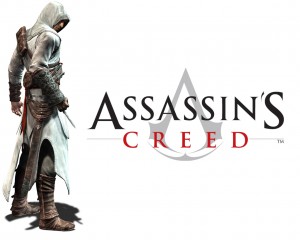 Fox’s Marvel reboot, The Fantastic Four has now shifted out of its planned June 19th, 2015 release date, and has now taken the August 7th, 2015 date that Assassin’s Creed vacated. Fox gave no reason for the shuffling of dates, though it’s possible that Assassin’s Creed likely ran into some issues with casting or budget, which Fox needs to sort out before they can commit to a new release date. Fox has filled the June 19th, 2015 date thus vacated by The Fantastic Four with the film adaptation of John Green novel, Paper Towns.

Are you excited for the Deadpool movie, now that it’s finally escaped development hell? Are you worried about the now-dateless Assassin’s Creed movie? As usual, your comments are welcome below.

Eggplante will continue to bake you your news and updates on Deadpool, Fox and other Marvel-related movie projects.