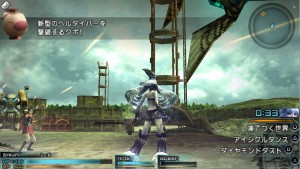 Those attending Tokyo Game Show no doubt noticed that the demo on display of Final Fantasy Type-0 HD was both written and voiced in full English, despite being at the Japanese event. This is because, as rumour suggested, the game is quite far along in development, and won’t take long into next year to release.

Square Enix has confirmed that the game will launch on March 17th, 2015 in North America, and it is now available for pre-order. Final Fantasy Type-0 HD is set for March 19th, 2015 in Japan, and March 20th, 2015 in Europe as well, virtually making it a simultaneous worldwide release.

Avid Final Fantasy fans will no doubt want to pre-order the game as well, since Square Enix is promising a very exciting incentive for early purchasers. If you buy a first-run copy of Final Fantasy Type-0 HD, which is guaranteed with a pre-order, you’ll receive an exclusive demo for the long-in-development Final Fantasy XV, with a special sequence from the game that’s altered specifically for demo purposes.

This would mark the second time that Square Enix has offered a demo for a mainline Final Fantasy follow-up that is packaged with a separate game, with the first instance being the exclusive demo for Final Fantasy XII that was included with first-run copies of Dragon Quest VIII: Journey of the Cursed King on the PlayStation 2 in 2005. 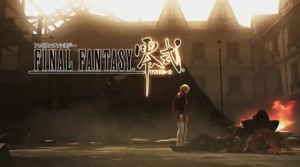 Final Fantasy Type-0 HD will finally make the game available in North America and European territories, even at the cost of portability in that case, and will keep most of the former PlayStation Portable game’s story and gameplay intact. The game is an action-RPG that allows players simultaneous control over ensemble platoons of heroes in mission-based gameplay, and carries at least a slight emphasis on real-time strategy. Its original Japanese release on PlayStation Portable was immensely well-received, even receiving perfect review scores in several Japanese and import media outlets. 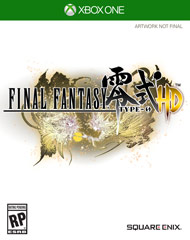 Final Fantasy Type-0 HD will exclusively add a fourth (easier) difficulty setting, along with trophies/achievements, though it will remove the multiplayer functionality that was present in the original PlayStation Portable release unfortunately. A mechanic wherein players could put their PlayStation Portable in Sleep Mode to continue leveling up their characters away from the game has also been taken out of Final Fantasy Type-0 HD.

Keep adventuring to Eggplante for all of your news and updates on the Final Fantasy series.