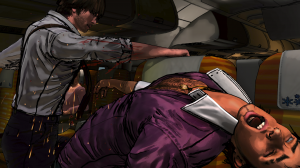 Those who have been keeping an eye on the undeniably surreal new mystery game, D4 are no doubt going to be in for a surprise. Apparently, the next offering from Hidetaka “Swery” Suehiro is available as of… right now! Yep, in a surprising twist, after a surprising while of quiet, D4 is seeing a surprise launch on the Xbox One Games Store today, Friday, September 19th, 2014.

D4, which stands for “Dark Dreams Don’t Die”, and references the apparent fourth dimension (time), is the spiritual follow-up to Deadly Premonition, by Swery’s development studio, Access Games. It is another surreal mystery game that originally launched exclusively for Xbox 360 in 2010. It was then later ported to PC and PlayStation 3, with enhanced features and content.

D4 is an episodic murder mystery starring David Young, a private eye whose wife is murdered, with the trauma of the event somehow giving him the ability to travel through time, but only when he interacts with certain objects. The game is able to be played with either the Xbox One’s controller, or the revised Kinect peripheral for Microsoft’s next-gen console. 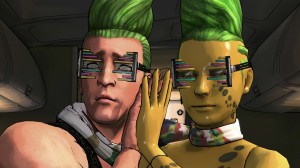 Unlike the original Japanese launch of Deadly Premonition, which offered a PlayStation edition, D4 is completely exclusive to Xbox One, worldwide. Microsoft is even directly publishing the game themselves in this case.

We’ll be sure to keep providing coverage on D4, so check back with Eggplante for news and updates on Swery’s weird works.