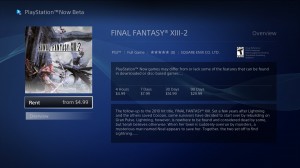 Now, anyone who owns a PlayStation 3 can stream various PlayStation 3 games of their choosing on to Sony’s last-gen console, directly from the PlayStation Store. As usual, Sony recommends that players hook up a local internet cable for the best possible connection, particularly if you plan to download more action-packed or fast-paced games, especially those with a higher framerate or online multiplayer functionality. As with the PlayStation 4 version of PlayStation Now, any trophies you earn in games you stream are yours to keep on your PlayStation Network profile as well.

The PlayStation Now beta is expected to expand to Sony’s handheld PlayStation Vita within the year, though it’s still unknown exactly when this will be. The service is also planned to be offered on newer models of Sony’s Bravia line of smart televisions, whereupon players can simply plug a Dual Shock 3 controller (the standard PlayStation 3 controller) into their television, and stream PlayStation 3 games at their leisure.

Currently, PlayStation 3 games that are offered to stream on PlayStation Now as digital rentals, similar to a Netflix-style service, come in multiple price schemes, depending on how long you want to play the game for. Most pricing increments allow for four hours, three days, seven days, thirty days, or ninety days, which vary from game to game. While the middle prices have been deemed to be fair by the PlayStation community however, there has been some criticism directed at the overly high prices of the higher rental rates, as well as the mostly redundant four hour designation. 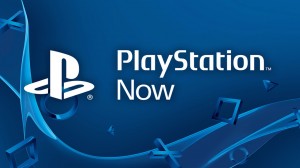 In any case, if you own a PlayStation 3 and are interested in the service, now’s the time to give it a try!

Eggplante will continue to bring you your news and updates on PlayStation Now, and other PlayStation incentives and services.