After showing yet more impressive trailer and demo footage for the monstrously anticipated Metal Gear Solid V: The Phantom Pain, series creator and Kojima Productions boss, Hideo Kojima finally narrowed down the release window of a game that’s consistently had the letters, “TBA” stamped next to it on every listing. Apparently, the massive stealth-action sequel is gunning for a release next year, should development keep proceeding smoothly. 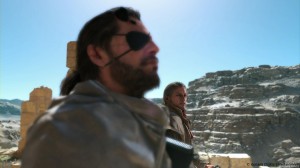 Metal Gear Solid V: The Phantom Pain is in development for Xbox 360, PlayStation 3, PlayStation 4, Xbox One, and PC.