With the start of October right around the corner next week, Microsoft has revealed which free games Xbox Live Gold members can expect to redeem next month. These include one all-new indie game for Xbox One, the latest release out of the [email protected] program, and two full-blown retail games on Xbox 360! 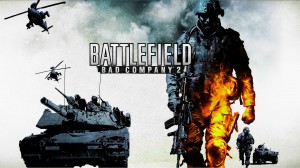 Be advised that the new free offerings will replace the current ones on Wednesday, October 1st. Thus, if you have yet to redeem Super TIME Force on Xbox One, or Halo: Reach on Xbox 360, Gold members have until next Wednesday to do so, before they return to their usual prices. As usual, you must maintain your Xbox Live Gold membership to access any games that you have redeemed through the Games with Gold program on Xbox One. On Xbox 360 however, any Games with Gold you opt to download are yours to permanently keep and play at your leisure, even if you allow your Xbox Live Gold membership to lapse.

Since Super TIME Force is the Xbox One freebie being replaced for Gold members, it seems that Crimson Dragon, the flight shooter that was originally offered for August 2014, may be spending yet another month as a free offering for Gold members that have already invested in Microsoft’s next-gen console! Good news for procrastinators, we suppose.

Anyhow, throughout October, Xbox One owners with Xbox Live Gold memberships can redeem Chariot, a brand new indie game launching on October 1st. The game is a co-op-focused platformer, where two players can play together locally as a princess and her fiance, having to guide a coffin through 25 tricky stages. It certainly sounds unusual, but if nothing else, it should prove to be quite the bonding exercise! The game will be releasing for PlayStation 4 on top of Xbox One.

Meanwhile, on Xbox 360, between October 1st and October 15th, Xbox Live Gold members can score a free download of military first-person shooter, Battlefield: Bad Company 2. The game delivers an action-packed, destructive and highly tongue-in-cheek campaign centered around the U.S. military rejects of B Company, along with a superb online multiplayer suite with tons of diversity and strategy. It was both a critical and commercial success, and paved the way for the multiplayer foundation of Battlefield 3 and Battlefield 4 back in 2010. The game is also available for PC and PlayStation 3, with downscaled ports made for iOS and Amazon Kindle Fire as well. 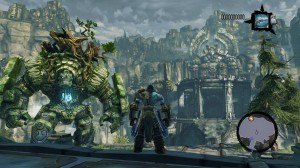 For the rest of October, between October 16th and October 31st, Xbox Live Gold members that own an Xbox 360 can redeem Darksiders II. The game is a highly enjoyable action-adventure offering where players control Death, one of the four Horsemen of the Apocalypse, attempting to uncover the mystery of how and why his brother, War was framed for the early onset of the apocalypse. Its mechanics are virtually an exact hybrid of The Legend of Zelda and God of War, with critics receiving the game well, even if it was considered to have under-performed at retail by now-defunct publisher, THQ, despite selling upwards of 1.5 million copies in 2012 alone. Darksiders II is also available for PC, PlayStation 3 and Wii U.

All in all, this is a strong month of cool offerings, particularly for Xbox 360 owners, so if you’ve kept up your Xbox Live Gold membership, don’t forget to redeem your rewards this coming October!

Keep revisiting Eggplante for all of your news and updates on Xbox-related incentives.