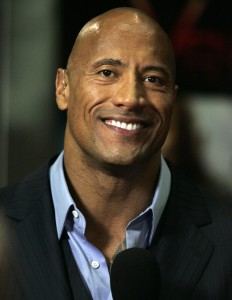 Paramount has been trying to get a film adaptation of 1990’s television sensation, Baywatch to the big screen for a while now, and last we checked, it appeared to have stalled and gotten stuck in turnaround.

Now however, a man that’s better than anyone when it comes to resurrecting dead or dying brands has become the project’s saviour! Dwayne Johnson has just confirmed over Twitter that he will indeed headline a film adaptation of Baywatch for Paramount. Johnson claims that the movie will be edgy, raunchy, and hopefully, funny as all hell. His words.

It’s anyone’s guess as to what a Baywatch movie may entail. The show ran for a landmark twelve years, between 1989 and 2001, and was originally meant to be a drama about a group of lifeguards patrolling an especially crowded resort beach. The show is infamous for its campy and poorly-aged tone, which was only exacerbated by its short-lived spin-off, Baywatch Nights, which ran from 1995 to 1997. Despite this, it is credited with launching the careers of both David Hasselhoff and Pamela Anderson, and because of Hasselhoff’s rise to fame especially, the show is at its most popular in Germany, to the point where only Germany offers complete DVD collections of the show.

It’s rumoured that both Hasselhoff and Anderson may be offered cameos in the Baywatch movie at the very least, reprising their respective characters, though this remains to be seen. Said rumours also indicate that the movie won’t be a reboot, and will take place in the same canon as the old television show. Again, this is unconfirmed, so we’ll hold out on Paramount’s clarification as to whether or not the movie fits in any way with the TV continuity. 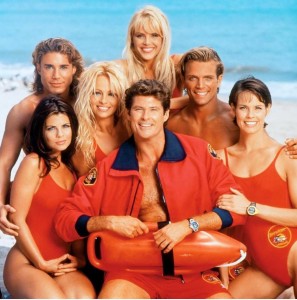 Would you watch a Baywatch feature film? Would you be excited at this prospect? Do you think that nothing is sacred in Hollywood anymore? As usual, your comments are welcome below.

Eggplante will continue to watch for your news and updates on Baywatch.