Along with making waves in the press by finally announcing the release date for Super Smash Bros. for Wii U today, Nintendo also let slip another release date that many were no doubt curious about– Mario spin-off, Captain Toad: Treasure Tracker will officially release on December 5th. 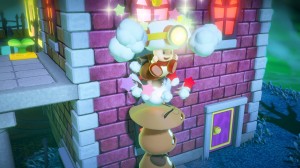 There was some speculation that the game may have been delayed out of 2014, following its announcement at this year’s E3, where it was subsequently set for a Holiday 2014 release window. Europe and Australia won’t be seeing the game until the start of 2015, and it was believed that North America would have to wait beyond the Holiday season in the end as well. Thankfully, that’s not the case, as both North America and Japan will see the launch of Captain Toad: Treasure Tracker before year’s end.

The Wii U exclusive will also be priced at a slightly discounted $39.99 USD, making it one of the more budget-friendly Wii U options for the Holiday season. This could be due to a smaller scale, since the game is meant to be a full retail version of a specialized puzzle stage that occasionally cropped up and utilized the Wii U Gamepad capabilities in last year’s Super Mario 3D World. Naturally, Captain Toad: Treasure Tracker expands on this foundation, once again tasking its title character with hunting for treasure across numerous exotic landscapes, only now, more advanced obstacles and boss fights will be thrown into the mix! 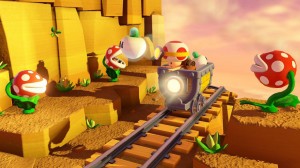 Captain Toad: Treasure Tracker has also been confirmed to support Amiibo, Nintendo’s upcoming line of NFC-capable figurines. Nintendo hasn’t yet clarified exactly how this functionality will work in the game however.

Keep venturing back to Eggplante for all news and updates on Captain Toad: Treasure Tracker, and other projects set in the Mario universe.