A big improvement in Season Two of Agents of S.H.I.E.L.D. overall is the fact that the characters are all far more interesting than they were before. This is illustrated better than ever in “Making Friends and Influencing People”, yet another episode that leaves much of Season One completely in the dust with a great story and some superb character moments.

Finally, we get to catch up with Simmons as well, and as some may have suspected, she didn’t actually leave Coulson’s crew. She’s just been undercover, with HYDRA! Posing as a scientist that wants to rise through the ranks of the villainous organization, it’s through Simmons that we learn that HYDRA is chasing gifted individuals, racing with what’s left of S.H.I.E.L.D. to try and secure them.

This presents another excellent new dynamic for the show. The fact that Coulson’s team and HYDRA are pursuing several of the same people adds a great thrill to the series that just wasn’t there in the first season. The foundation of the first season nonetheless comes back into play in this episode though, since HYDRA’s latest target just happens to be Donnie Gill, the Marvel Cinematic Universe representation of Iron Man nemesis, Blizzard, and a young man who has definitely gotten more liberal and deadly with his accidental ice powers.

Watching Gill unleash his icy abilities is great fun too, particularly when you see him creepily freeze both objects and people around him. The most memorable scene is when he rushes off and doesn’t even pay heed to someone he freezes, knocking him over and shattering him to pieces. Whatever goodwill Donnie had in his system seems to be gone, and he’s now more in line with the Blizzard one would expect from the Marvel printed pages.

It’s also through Donnie that we learn that HYDRA is brainwashing certain individuals to make them compliant. This is teased early in the episode, when a captured S.H.I.E.L.D. agent, Agent 33, is seen to be trying to resist some sort of trippy experiment. This also appears to build on Baron Von Strucker’s mid-credits cameo in Captain America: The Winter Soldier, and seems to tease the possibility that Quicksilver and Scarlet Witch may not be working for the good guys at the start of next year’s Avengers: Age of Ultron.

Behind all of this brainwashing is another character that should be familiar to avid Marvel Comics readers, Dr. Whitehall, a high-profile HYDRA agent known as ‘The Kraken’ in the Marvel Comics Universe. The character’s depth from the comics is largely missing so far, though we do learn that he hasn’t aged since WWII. Might this come back into play in upcoming miniseries, Agent Carter? Could Baron Von Strucker also have found a way to slow his aging for decades? It would help to explain how Arnim Zola kept HYDRA going, despite the disappearance of Red Skull. 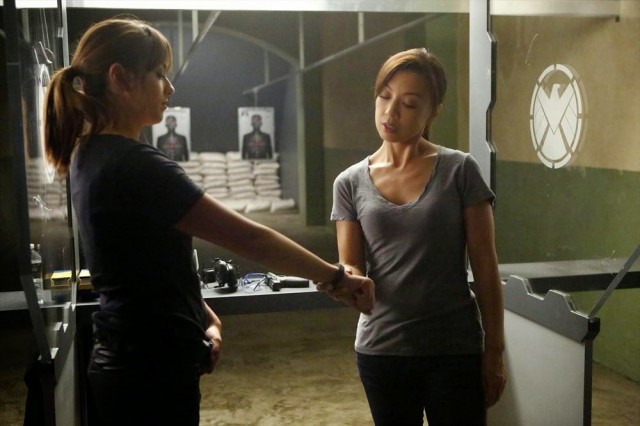 As much as HYDRA is pushing forward some interesting development though, we still got plenty of great development for Coulson’s crew. Now that Simmons has finally returned, we see that she’s matured significantly since Season One. She’s still Simmons, but she’s now a better liar and a more convincing agent. Even without Fitz beside her, her character has only become better, which could present another future conflict down the line, since it seems that Fitz is more dependent on Simmons than Simmons is on him. For now though, it looks like Simmons is going to remain embedded with HYDRA, and that should only keep Season Two going strong with her material.

Fitz also had several big moments this episode, starting with when he finally acknowledged that the imaginary Simmons wasn’t actually there. He then went down to see Ward, who sat out last week, but continued to be an interpretive delight this week. It’s still impossible to know whether Ward feels genuine remorse for the circumstances of his betrayal in Season One, or is simply trying to manipulate Fitz the way he did Skye (and you do see another interesting interaction with Skye in this episode), but either way, Fitz torturing Ward by reducing the oxygen in his cell, to demonstrate how Ward damaged him with his, “Mercy”, was shocking and surprisingly bold. It makes sense though, since Fitz was the one person who couldn’t accept Ward’s affiliation with HYDRA, so it’s unsurprising that he would be the most broken and angry over the circumstances. 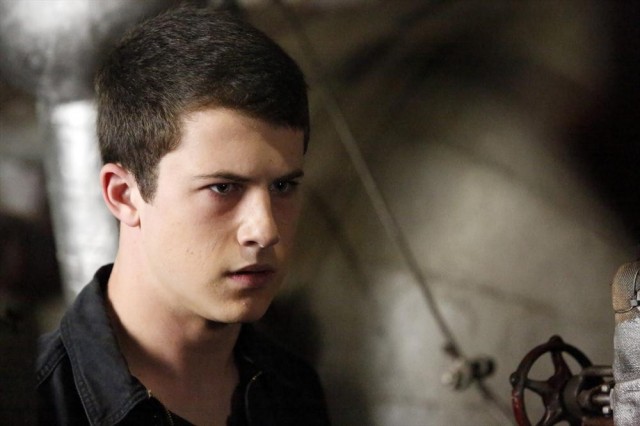 Skye is also shown to be continuing to hone her skills as a S.H.I.E.L.D. agent. This episode deals with her trying to maintain control in all situations, and even when she takes the killshot to save Simmons from Donnie (it’s directly stated that no body is found though, so he’s probably still alive), she never loses focus. It’s quite a ways from her unrefined, snarky demeanour in Season One. The episode still found a way to end exceptionally though, when Ward’s mention of Skye’s father suddenly sends her pulse spiking. It shows that Skye’s training is not complete, and that her father is bound to be a weakness that is certain to come up later.

“Making Friends and Influencing People” continued the streak of great episodes in Season Two so far. May is the only core character that feels like she hasn’t changed at all from Season One, but that’s something that will no doubt be rectified in a later episode. Fitz and Simmons in particular were made to be better characters than ever here though, and the promising new developments with HYDRA seem to indicate that we’ve only scratched the surface of the threats ahead for this season and beyond.