Arrow’s previous episode was generally good, but felt like it was struggling to keep its many story arcs in the air. Likewise, this week’s episode, “Corto Maltese”, appears to be suffering from a similar issue. A lot is happening in Arrow already for Season Three, and it seems like even an hour-long timeslot isn’t enough to set everything up in a smooth fashion.

Regardless, as the episode’s title suggests, Team Arrow took a trip to the fictional South American island of Corto Maltese, a location that should be familiar to DC fans (or should at least ring a bell if you’ve seen Tim Burton’s Batman from 1989), where they’ve just tracked down the runaway Thea. Lyla also uses the opportunity to have Diggle try and make contact with an operative gone dark, Mark Shaw, better known as covert vigilante, Manhunter to DC fans. Thus, while Diggle, Oliver and Roy head to Corto Maltese to bring back Thea and check in with Shaw, Felicity stays behind to start her new job at Queen Consolidated, under Ray Palmer. 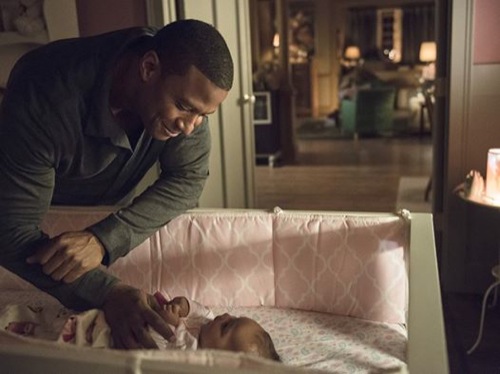 While the QC/Felicity business was kept pretty minimal this week, Felicity and Palmer still prove to be a fun and amusing double act. As much as Felicity initially appears to hate Palmer, the two really are peas in a pod, with Palmer simply being a bit more confident and articulate. The confusion on Palmer’s face as Felicity fielded “business” calls from both Oliver’s crew and Laurel was priceless, and likewise with the surprise reveal that Felicity actually has an executive position, complete with a huge office and her own assistant. It was also funny to see her directly tell Palmer that she will never bring him coffee, initially believing that she would have her old job that she had under Oliver.

This episode also marked a rare instance of Laurel’s arc being an episode highlight. Laurel has struggled a bit throughout the series with being a benchwarmer character that’s firmly in the background at this point, an issue also currently plaguing the character of inevitable future love interest, Iris West over on spin-off series, The Flash. Finally though, Laurel’s true potential is starting to be tapped into, even if her constantly talking about the fire inside her to everyone who will listen, and talking about how wearing Sara’s old jacket makes her want to help people, were kind of on-the-nose. 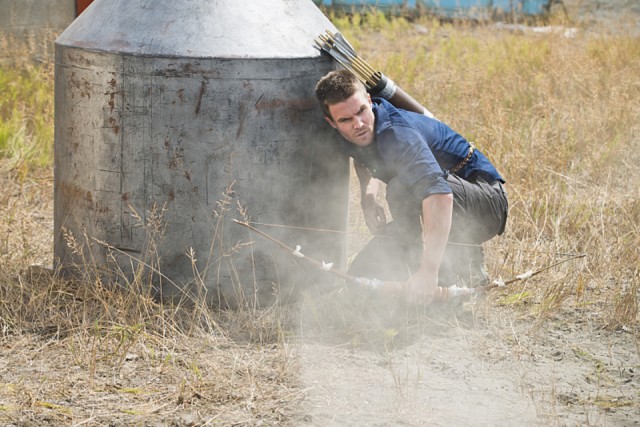 Her best moment however came when she became sympathetic to an abused woman’s story in an AA meeting, and tried to put on a mask and black garb to beat the nasty boyfriend down herself… Only to inevitably get her ass kicked. It was a moment that was equally humbling and inspiring for her character, though it does contradict Season One quite a bit, where Laurel was shown to be able to handle multiple assailants in a club, while unarmed, after having to bail out Oliver and Tommy. Now, she suddenly can’t take one macho drunk, even while wielding a baseball bat.

Continuity issues aside though, the surprisingly loving interaction that she had with her father in the hospital was a great moment, for both characters, especially since Laurel simply chose to be honest about her actions, even if she falsely promised never to fight again right afterward. It was also good that the episode made her go to Oliver and request training first, with him being the obvious choice that makes sense. Oliver turns her down hard, naturally, leaving her to go to the convenient self-defense classes of Ted Grant, better known as DC prizefighter hero and Black Canary mentor, Wildcat. Yes, it looks like this is indeed Laurel’s year, as her journey to becoming the “true” Black Canary of the DC Television Universe has officially begun.

Speaking of training and journeys, we also finally get some insight as to what went down with Thea and Malcolm Merlyn. The flashback sequences instead took place from Thea’s perspective, ignoring Oliver’s moments in Hong Kong completely for now (to the episode’s benefit, especially after last week), and showing Merlyn’s idea of a training regime. Naturally, Merlyn’s a pretty strict teacher, but if I’m being honest, Thea’s development as a pupil to Merlyn felt a little rushed here. The fact that she’d have to learn quickly makes sense, but it feels like a stretch to suddenly have her transform so drastically as a person in just three months. Thea and Oliver had a great interaction upon their reunion in Corto Maltese, granted, but Thea’s adamant refusal to leave was swept under the rug by the end of the episode, even if Oliver and Roy have immediately noticed that something is very different about her at the airport before heading back to Starling City. 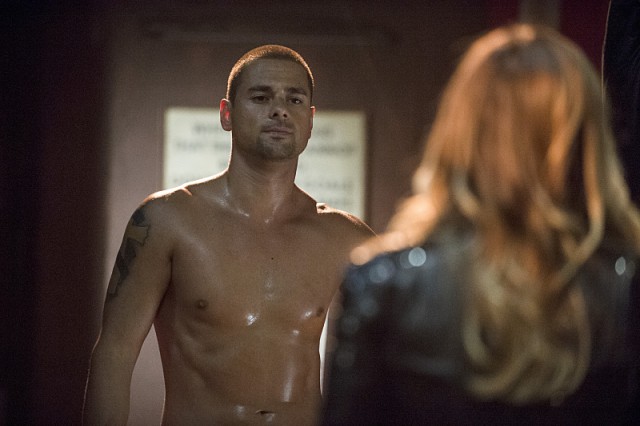 This just leaves the whole A.R.G.U.S. conflict, which was pretty boring and pointless. Mark Shaw had zero to do with his DC Comics inspiration, and was just a forgettable turncoat in the end, one of many simply fed up with Amanda Waller’s cutthroat way of doing government work. Um, isn’t that the opposite of his character’s extreme politics in the DC printed panels? It was a waste of a notable DC character, and the first DC character portrayal that Arrow has flubbed in quite a while.

On this note, why in the world would Lyla involve Diggle in the whole Shaw situation in the first place? Why is that his concern? Why is that Lyla’s concern for that matter?! Diggle doesn’t work for A.R.G.U.S., he has nothing to gain from working for A.R.G.U.S., and A.R.G.U.S. has more than enough resources to track Shaw down themselves if he’s gone dark. Basically, it was a forced conflict that was simply meant to provide action and pad out an episode that, frankly, already felt overstuffed, and didn’t need padding out. The makeshift hotel room bows and Oliver’s brief snippet of using a gun, along with his quip to Roy that he never claimed he couldn’t use one, were good moments, but everything else about the whole A.R.G.U.S. affair shouldn’t have been a part of the episode. It amounted to nothing. 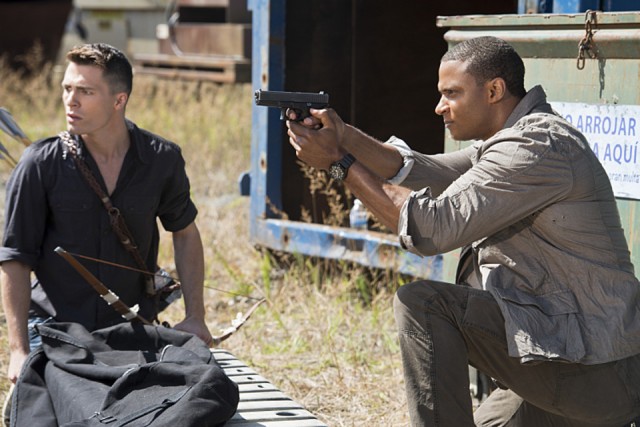 “Corto Maltese” was a bit uneven, but it still had its share of solid moments, especially for Laurel. With Thea back in Starling City, Malcolm Merlyn inevitably on her heels, and Nyssa Al Ghul making a surprise re-appearance at the end of the episode to demand answers from Oliver about what happened to Sara, next week’s episode will hopefully bring things back to Arrow’s usual top-tier standard.