DC heroine, Supergirl is getting a primetime live-action TV show, one that CBS has already ordered straight-to-series, for a likely debut during the Fall start of the 2015/2016 season. Now, TVLine has broken the news of which characters will comprise the main cast, along with some brief descriptions of their personalities and potential appearances, in a casting notice that has been made public. 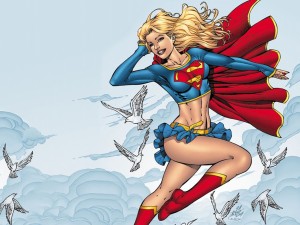 The premise of the show naturally centers on Kara Zor-El, the young woman who would become Supergirl, and is inspired by the characters and stories of Supergirl in DC Comics. Kara was born on the alien planet, Krypton, and escaped its destruction many years ago, discovering a slew of incredible powers after arriving on the human planet of Earth. Forced to hide her powers for her entire existence on the planet, Kara is eventually forced to use her abilities to avert disaster, subsequently becoming motivated to adopt her own heroic mantle, after being inspired by her, “Famous cousin”, Superman.

The core cast of the show appears to be almost entirely comprised of familiar DC Comics personalities from the Supergirl/Superman comics, along with other related DC media. Of the leads, only one character (Alex Danvers) appears to be an all-new presence invented for the show.

Kara herself will be a 24-year-old woman, which was already confirmed beforehand, with an actress between 22 and 26. She will have escaped Krypton as a 12-year-old, and will have a foster family, the Danvers family, who are an original family invented for the show, essentially being a stand-in for the familiar Kent family that raises Superman. It’s unconfirmed whether Kara will actually be called, “Supergirl” on the show proper, though it’s likely for some point, given that Superman seems to exist in the show’s universe.

Alex Danvers, the one original lead character that hasn’t been featured in the DC Universe beforehand (though one with a surname that appears to be a reference to another Supergirl in DC Comics lore, Linda Danvers), is Kara’s gorgeous, brainy and scientifically-gifted foster sister. The casting information doesn’t specify her approximate age or physical traits (beyond being good-looking), oddly enough. Alex bears some jealousy of Kara’s abilities, but has also taken it upon herself to study them, and help Kara develop them. This also motivates Alex to learn as much as she can about alien anthropology, sociology and culture. During the time of the show, Alex works for a top secret government agency, and is Kara’s main outlet of support against threats both mundane and super. This essentially makes her a blend between Smallville’s Chloe Sullivan, and Superman support researcher, Emil Hamilton.

From here, Superman personalities appear to comprise the rest of the leads, with a very familiar one being James “Jimmy” Olsen. The character will be in his late 20’s/early 30’s, being a smart, worldly and attractive (see a pattern?) photographer for CatCo, the company that Kara works for. He’s an alpha male, though his salt-of-the-earth nature makes him very attractive to Kara. This would appear to indicate that Olsen is being toughened up and matured significantly compared to most of his portrayals in Superman media, though his occupation as a photographer from said Superman media has remained intact. 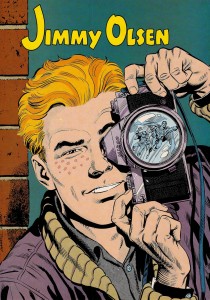 A greater deviation however seems to be in Cat Grant, a character that normally runs the gossip column at Superman’s day job at The Daily Planet, and usually serves as a romantic rival to Superman sweetheart, Lois Lane. On Supergirl, Cat will be significantly aged, now being well into her 40’s, and with ethnicity being open, so she may not be Caucasian this time. Instead of working at The Daily Planet in this case, she’ll have founded a media conglomerate called CatCo, which she’s built from the ground up, and has turned into a very successful venture. Kara happens to be Cat’s personal assistant, with Jimmy Olsen also working for her company, and with Cat herself described as being, “J. Lo by way of Anna Wintour.”

The final two leads appear to be prospective villains being set up for down the road, with the first of which being a familiar Superman antagonist, Winslow Schott, better known by his DC villain moniker, Toyman. On Supergirl, Schott won’t be a villain to start, and will simply go by his nickname, “Wynn”, also working for CatCo as a programmer. Schott will also deviate in appearance from his portrayals in Superman media, where he’s often shown to be in his 40’s or 50’s, and will now be in his 20’s, being something of a geeky-type with an exceptional knowledge of all things tech, and a huge love of Comic-Con, albeit one that’s also unaware of his “toying” (emphasis is placed here, of course) potential. Schott will also be Kara’s neighbour, and has always harboured feelings for her, though is fully unaware of her secret powers.

The remaining lead is Hank Henshaw, a super-villain in DC Comics who has served as an enemy of both Superman and Green Lantern, possessing the ability to psychically control technology, as well as wield both Superman’s Kryptonian abilities, and Green Lantern’s power ring abilities on different occasions. On Supergirl however, Henshaw will be an upstart CIA agent in his 40’s, and will head a department called the, “Department of Extra-Normal Operations”, dedicated to studying alien phenomena. The revealing of Supergirl’s abilities puts Henshaw and his forces on high alert, with Henshaw worried that her abilities will pose a threat to humankind. This would appear to position Henshaw as Supergirl’s version of Superman arch-nemesis, Lex Luthor. 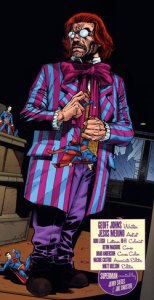 As suspected by many, Superman/Clark Kent is not among the lead actors on the series, and nor is his familiar better half, Lois Lane. This may seem to suggest that Superman will not actually be seen on the show, and will simply be alluded to as a background presence by Kara, and perhaps the other characters. It would so far appear however that the show does take place in Superman’s stomping grounds of Metropolis, particularly with familiar Superman personalities like Jimmy Olsen and Cat Grant being such a big part of the series, though this is unconfirmed.

Also unconfirmed is whether or not Supergirl may end up sharing a universe with Arrow and The Flash, the two shows currently forming the DC Television Universe on The CW, a network co-owned by Time Warner and CBS Corporation, the respective parent companies of both Warner Bros./DC Comics and the CBS network. The possibility is there though, given that Supergirl was developed by the same lead producer and show creator of Arrow and The Flash, Greg Berlanti, both CBS and The CW are owned by the same parent company, and one of Supergirl’s executive producers, Sarah Schechter, has now become an executive producer of both Arrow and The Flash on The CW. Time will tell.

For now though, keep flying back to Eggplante for all news and updates on Supergirl, and DC’s other television projects.