NOTE: Apologies for the tardiness of this review. Brent was unavailable at and shortly following the time of this episode’s airing, due to a personal family matter.

NOTE 2: Full spoilers for this episode of The Big Bang Theory are present in this review

The Big Bang Theory has returned to CBS’ Thursday night comedy block as of this week, and with the shift back comes the latest episode, “The Misinterpretation Agitation”, with a highly-hyped guest appearance by Billy Bob Thornton.

The episode itself was creative, and was at least… Half-successful. Some material in “The Misinterpretation Agitation” was genius, and nicely played off of Penny’s increased career status, while providing a new outlet for the show’s reliable brand of socially off-kilter nerd humour.

On the other hand though, “The Misinterpretation Agitation” fell flat with some of its material this week, with some of its gags, particularly with Billy Bob Thornton’s character, feeling a little too awkward and forced. There were still enough good laughs to go around, but after being on a roll for a little while, The Big Bang Theory did slip a bit this week. 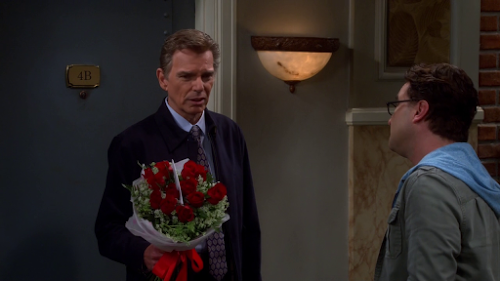 The core plot of the episode involves Billy Bob Thornton’s guest character, Dr. Lorvis mis-interpreting the flirtatious up-selling of Penny as romantic interest, and subsequently tracks her down to woo her. Leonard particularly dis-trusts the guy, and has to contribute to turning him down alongside Penny, which leads to Sheldon mis-interpreting social convention to invite him in for a hot beverage. From here, the group learns that not only is Dr. Lorvis a specialized urologist who works on celebrities, but that he also owns a particularly awesome man-cave, complete with arcade machines, actual movie props, and all sorts of other swag that he often gets from his work and vast amounts of money.

This is a great setup, as it means that even Leonard is forced to come around when he sees that Dr. Lorvis owns Leonard’s personal favourite childhood arcade cabinet, Donkey Kong. The idea that the guys would so readily accept and adore a seemingly pathetic suitor of Penny, even a much older one, is one that works, and does provide some good laughs, especially with how well Thornton plays against type to portray a character that’s undeniably sweet amidst his bumbling lack of understanding of women and social convention. He almost exists as a neat little throwback to who all of the guys once were, especially Leonard, when the show first started airing. 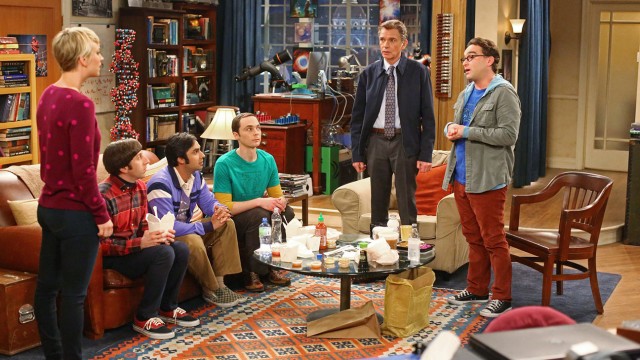 On the other hand though, some of the jokes with Dr. Lorvis were far too on-the-nose, and the character was written in a little too juvenile a manner. Dr. Lorvis is quickly revealed to live with his mother, which Howard attempts to make fun of as Raj attempts to point out the irony in Howard’s jabs, but while it’s nice that The Big Bang Theory is acknowledging the joke it’s already done, in this case, it’s downright illogical.

Considering Dr. Lorvis’ career and possessions, the guy is obviously at least a millionaire, and it makes no sense at all that he would still live with his mother. In Howard’s case, this joke worked because Howard was far younger, and was believed to make considerably less money than the other guys, who all had PhD’s. With Dr. Lorvis, it just feels like a low-hanging fruit and an easy target for a nerd joke, and the joke fails because, not only does it not make any sense and not even have a token explanation, but the way that the show presents it borders dangerously close to being offensive.

Likewise, Dr. Lorvis being so hung up on his desire for Penny that he would lock the guys in his basement, only to subsequently try and pursue Amy when Amy is nice to him on the way up, was equally stupid and illogical. A guy with a PhD seriously thought it would be a good idea to lock a bunch of strangers in his house for the purpose of creepily pursuing a woman that he tracked down on the internet?! There’s no way that Dr. Lorvis would be this socially inept, especially when he should know, at his advanced age especially, that his actions would likely land him in jail for kidnapping, and potentially stalking. This wasn’t cute, it was just creepy, and again, it bordered on offensive as far as how it portrayed nerds. The show really should know better than that in its eighth season! 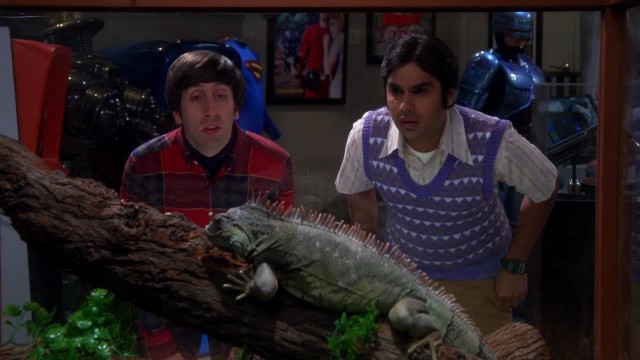 At the very least, this arc had a somewhat cute ending, with the guys ultimately not caring that they were locked in a room, since Leonard ended up being sucked into an amazing run on the Donkey Kong cabinet, which the other guys were equally excited to watch. Penny, Amy and Bernadette still took their men being kidnapped way too well though, Penny especially, given her rough nature. It’s a small miracle that Dr. Lorvis somehow didn’t end up getting punched out by her. The show does explain that Dr. Lorvis is Penny’s top customer, so maybe that’s why she went easy on him, but even then, he’s lucky not to have received more of Penny’s wrath!

The other plot of the episode involved Bernadette being asked to pose for a magazine that profiled sexy female scientists. Penny supports the idea, but Amy finds it offensive, and urges Bernadette not to do the shoot. It was disappointing not to have this B-plot get even a bit more focus though, as pretty much no drama resulted from Amy inevitably sabotaging Bernadette’s chance at fame, and even Howard, who has been repeatedly established as being quite a jealous man, didn’t seem to have anything to say about the shoot in the end, which was a pretty big missed opportunity. Frankly, this plot should have been saved for another episode, since it’s not really capitalized upon, spends far too little time being addressed, and Bernadette takes Amy’s selfishness with a mere shrug in the end, which feels rather out-of-character for her. 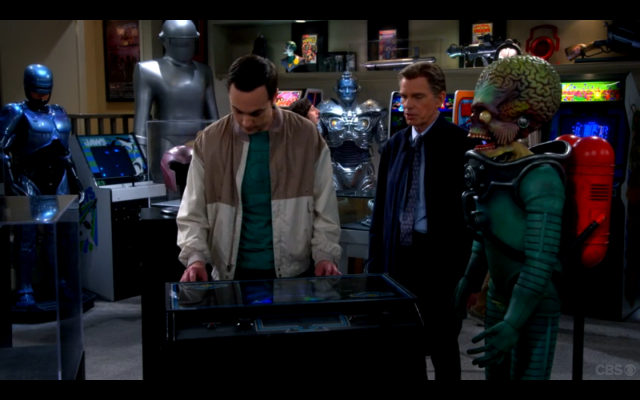 “The Misinterpretation Agitation” has a good foundation, but suffers from uneven execution. Billy Bob Thornton played his guest role well, even if his character suffered from occasionally irresponsible writing, but the B-plot with Bernadette squandered all of its promise by just feeling like filler, and frankly, too many of the episode’s gags just didn’t work. The episode is still ultimately better than the weaker premiere and third episode of Season Eight, but it’s too bad that the show couldn’t keep up its hot streak since then for its return to Thursdays. Maybe it will get back on track next week.

The Big Bang Theory 8.7: "The Misinterpretation Agitation" Review
"The Misinterpretation Agitation" was an episode full of great ideas, though one that squandered much of its potential with a very disappointing B-plot, and some potentially tasteless jokes with Billy Bob Thornton's guest character.
THE GOOD STUFF
THE NOT-SO-GOOD STUFF
2014-11-02
70%Overall Score
Reader Rating: (0 Votes)
0%