After setting up a sweet and genuinely fulfilling first half for The Big Bang Theory’s two-part series finale event, the show unfortunately fumbled the ball at every conceivable turn with the following offering. In serving as the final wrap-up for the twelve-year-running sitcom, the biggest and most watched sitcom on television for many years, “The Stockholm Syndrome” has a frustrating air of thanklessness that makes it feel hasty, shallow and unsatisfying. This is incredibly frustrating after, “The Change Constant” turned out fairly well, but what can you expect when it feels like The Big Bang Theory’s best years are long behind it, I guess?

Most of, “The Stockholm Syndrome”, the true final episode of The Big Bang Theory, involves the leads taking a trip to Stockholm, Sweden, so they can witness Sheldon and Amy receive their Nobel Prize, and make history for their discoveries with Super Asymmetry. The episode apparently takes a two-month time jump from the events of, “The Change Constant” as well, but this doesn’t end up mattering too much. The core storyline in Stockholm also coincides with Howard and Bernadette having to take their first extended trip away from their children, leaving Stuart and Denise in charge while they’re away. Oh, and Leonard and Penny have just discovered that Penny is pregnant, after a drunken Penny supposedly jumped Leonard off-screen after the events of, “The Change Constant.” So much for those two not wanting to be parents, I guess. 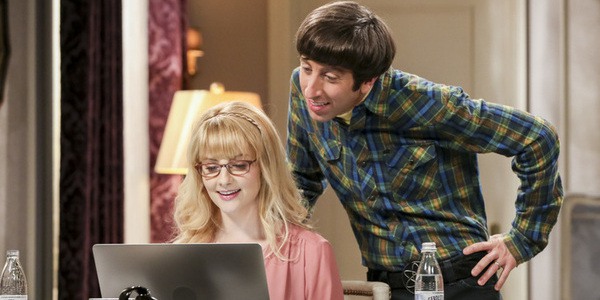 Look, I understand that accidents and unplanned pregnancies sometimes happen in life, but forcing a pregnancy for Penny feels a little insulting. It just feels like a cheap way to pander to fans. For some reason, pregnancy seems to be the go-to character resolution for many sitcom personalities, and after Leonard and Penny made such a big show about not wanting children, it feels irritating for The Big Bang Theory to suddenly sweep that big character decision under the rug in the eleventh hour. Leonard and Penny trying and failing to hide the truth from their friends leads to some admittedly decent jokes, but it also serves as a forced device to drive another heavily forced conflict between Sheldon and Leonard, after Leonard heinously overreacts to Sheldon not giving him the reaction he wants. once Sheldon inevitably learns about Penny’s pregnancy. This leads to Leonard subsequently declaring that he and Penny are leaving, because it definitely makes Leonard look like he’s matured and grown over the past twelve years when he’s throwing an embarrassing temper tantrum about Sheldon’s predictable disposition. Ugh.

This big spat over Sheldon is arguably the biggest frustration with The Big Bang Theory’s series finale. Not only is the audience sentiment it tries to squeeze out not effectively earned, but any conflicts that come up just end up making most, if not all of the show’s leads simply look like bad people. After Howard throws a similar tantrum when Sheldon doesn’t appear to express concern about Stuart and Denise struggling to babysit (hell, you don’t even see Denise at all in this episode, since Lauren Lapkus clearly got out while the getting was good), Sheldon complains to Amy about his friends being selfish, after Sheldon went to all of the effort to involve them in his history-making moment. The thing is, Sheldon really isn’t wrong too, especially when he and Amy personally covered everyone’s travel expenses. Sure, Sheldon’s being an ass, but why is it suddenly a shock to the group that Sheldon is being an ass? He’s been an ass for twelve years, idiots! Penny even points that out too; What did everyone expect?! In turning around and wanting to leave a free trip to Sweden after one quick spat with Sheldon, Leonard, Howard and Bernadette all end up looking like massive jerks, and Penny by extension looks like a jerk, because she inexplicably goes along with Leonard wanting to leave for no real reason. 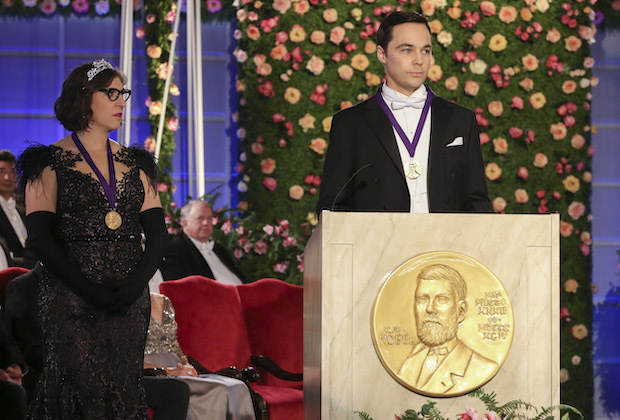 Obviously, this doesn’t stick, but it goes to show how Sheldon’s subsequent big speech about needing his friends, and not being able to truly accomplish anything without the help of his friends and family, is not truly earned. The plotting and conflict in this series finale feels incredibly thankless and sloppy, and you can tell that the actors really didn’t have much to work with, since they often look like they’re phoning in their performances here. Johnny Galecki, Jim Parsons and Mayim Bialik try a little harder, but it feels like everyone else is checked out. This is really not a good thing for the final episode of The Big Bang Theory, one of the biggest shows on TV! This is before I get to Raj as well, whose character receives one final insult by being almost completely shafted by this series finale, beyond an inexplicable joke plot that’s entirely anchored by an illogical appearance from Sarah Michelle Gellar. I guess I shouldn’t be shocked, considering the awful way that the Anu storyline was concluded a couple of episodes ago. The Big Bang Theory has clearly seen Raj as an afterthought for years, so why should it bother giving him any actual love in the series finale?

As much as this was a crappy, disappointing final episode for The Big Bang Theory however, there were some things that it did right. The idea behind Sheldon having to recognize that his friends are more important than his achievements is sound on paper, even if the execution is pretty bad. I would even say that some of the incorporation of Leonard’s and Penny’s surprise pregnancy isn’t bad on paper, with many of its associated jokes often being the most reliable and funny in this episode, even if the pregnancy itself is a bit of an insult to Leonard’s and Penny’s characters. It’s just too bad that the show’s final big, supposedly emotional conflict feels so half-baked, and lands with such an incredible thud. This in turn deflates the episode’s final shot of the gang eating together in Leonard’s and Penny’s apartment one last time, as a slower, more emotional version of the show’s theme song plays over it. It’s a heartfelt goodbye for fans, but one that doesn’t feel at all bolstered by the writing in this series finale itself. 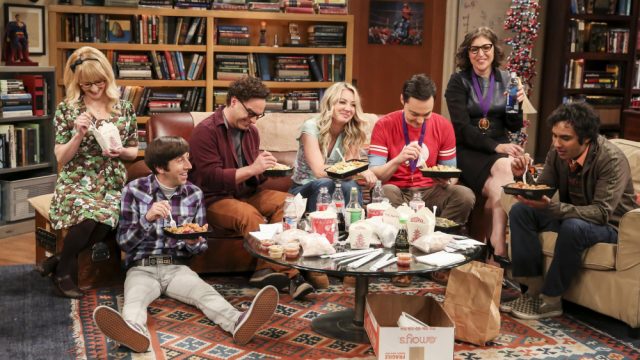 In a way, I’m not shocked that the final episode of The Big Bang Theory is a dud. Even considering some of its improvements in the final season, the show has still been operating at half-gear for many years now, coasting on its bloated ratings and persistent success. Considering all of the supposed ceremony around this series finale, so much of it just didn’t land. Penny’s and Leonard’s surprise pregnancy is cliched and pointless, as is the unrealistic and crappy way that all of Sheldon’s friends decide to suddenly walk away from a free trip to Sweden, just because Sheldon hurt their feelings, which they really should be used to by now. It really speaks to how ineffective the show’s final big conflict is when all of the leads end up looking just as crappy as Sheldon, with Raj being the only exception, and that’s only because the show forgot to write him a real character resolution. Why the hell didn’t Raj just move to England and be with Anu?! That would have at least been something to wrap up Raj’s character arc with! Instead, we get nothing, and that’s what this whole final episode feels like– A big blob of nothing. It’s the end of an era, but it doesn’t feel like one. I guess it’s goodbye then, The Big Bang Theory. I wish you would have bothered to give me a reason to miss you.