Now, in a surprising twist, Sony has allowed us a peek at the games that are set to be free downloads for members over the next two months in December 2014 and January 2015!… At least, for PlayStation 4. The PlayStation 3 and PlayStation Vita rewards remain a mystery, but we suppose that it’s good to still have some element of surprise as we anticipate freebies to come. 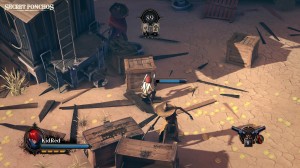 Secret Ponchos is releasing on December 2nd for the first time on PlayStation 4, and is also set to come to PC. An innovative combination of online shooter and fighter, done in a top-down, twin-stick style, the game is a multiplayer-focused offering that has players dueling in the Old West. Players who perform well will receive bounties that make them targeted more aggressively by other players.

Lastly, The Swapper is an atmospheric puzzle game where players take control of a nameless survivor of some mysterious space station disaster. Using the titular tool, players create clones to freely swap their consciousness between, which allows them to solve puzzles to find the necessary means to open paths ahead, and discover what exactly has gone wrong at the station. The Swapper originally released for PC last year, before migrating to Mac and Linux, and then being spotlighted as the second offering for Sony’s PLAY 2014 selection of hot Summer PlayStation Store games, marking the point when it released simultaneously for PlayStation 4, PlayStation 3 and PlayStation Vita. The game is also imminently set to launch for Wii U.

Be advised as well that The Swapper is cross-buy on PlayStation, so if you redeem it for PlayStation 4, you’ll also score the PlayStation 3 and PlayStation Vita versions for free!

With the exception of the not-yet-available Secret Ponchos, we’ve reviewed all of these games in some shape or form. We delivered not one, but two reviews for the original launch build of Injustice: Gods Among Us, with both reviews praising the game as a fun and accessible fighter that is especially rewarding to play with friends. This year, we also reviewed both Infamous: First Light and The Swapper’s belated PlayStation ports. We considered Infamous: First Light to ultimately be inferior to Infamous: Second Son due to its disappointing brevity and more shallow gameplay, but nonetheless praised its smart inclusion of the Curdun Cay Battle Arenas, which added much-needed replay value. The Swapper on the other hand was immensely praised by us overall, and stands as our top-scoring game of 2014, due to its potent atmosphere, clever puzzles and effectively ambiguous storyline, with its brevity being the only knock against its excellent PlayStation editions. 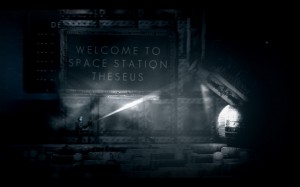 Disappointingly, DriveClub: PlayStation Plus Edition is still nowhere to be found in these selections. Sony’s last update on the promised free variation of their recently-released social racer is that they are still sorting out the main game’s pressing server issues, and are still in the process of preparing its free PlayStation Plus build for a proper release.

What do you think of these free offerings for the next two months of PlayStation Plus rewards? Have any of them persuaded you to get a PlayStation Plus membership, if you don’t already have one? As usual, your comments are welcome below.

Eggplante will continue to deliver all news and updates on PlayStation Plus, and other PlayStation-related incentives.