After initially refusing to make the original new Western movie, The Hateful Eight that he created after a script leak, Quentin Tarantino later decided that maybe he would make the movie after all. It seems that the movie is ready to begin production as well, as Tarantino and his distributor, The Weinstein Co. have just announced the lead cast for The Hateful Eight. 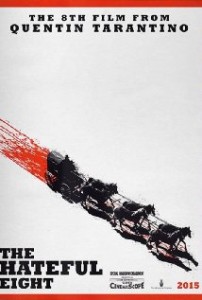 As rumoured, Channing Tatum will play a role in the movie, though his character is the only one that is unspecified at this time. The rest of the actors however already have their character names set, even if it’s merely names without descriptions. Nonetheless, the titular ‘Hateful Eight’ band of bounty hunters and criminals will include: Samuel L. Jackson as Major Marquis Warren, Kurt Russell as John “The Hangman” Ruth, Jennifer Jason Leigh as Daisy Domergue, Walton Goggins as Chris Mannix, Demian Bichir as Bob, Tim Roth as Oswaldo Mombray, Michael Madsen as Joe Gage, and Bruce Dern as General Sanford Smithers.

After a highly-publicized incident where Tarantino’s script of The Hateful Eight, which he is also set to direct, was leaked by website, Gawker, Tarantino not only pursued legal action, but went as far as to shelve the movie plans. Shortly after, he considered releasing the movie script, either by itself or as a novel, but at this year’s San-Diego Comic-Con, Tarantino announced that he planned to try and restart plans for the movie he always wanted to make in the first place. Now, it seems that the plan is a go, complete with ensemble cast.

As Tarantino fans have no doubt noticed, many of the actors in lead roles are actors that have worked with Tarantino before. Samuel L. Jackson has been featured in numerous Tarantino movies, including Pulp Fiction, Jackie Brown and the most recent Django Unchained, with Tim Roth and Michael Madsen also being Tarantino regulars, the former being in Reservoir Dogs and Pulp Fiction, and the latter playing key roles in Reservoir Dogs and Kill Bill. Kurt Russell has already worked with Tarantino on his more ill-received Grindhouse feature, Death Proof as well, which even Tarantino admitted to disliking the final product of. Despite that, another Death Proof vet, Zoe Bell is also rumoured for a role in The Hateful Eight.

The Hateful Eight takes place shortly after the conclusion of the American Civil War, in Wyoming. It involves a group of bounty hunters escorting a captured criminal (Daisy Domergue), and being forced to find shelter during a blizzard. During this time, all of them become involved in a plot of betrayal and deception.

Keep rounding up Eggplante for all of your news and updates on The Hateful Eight, along with other Quentin Tarantino projects.