This week’s The Big Bang Theory made up for some of the slight issues of last week’s episode by delivering another season high point to stand alongside “The Focus Attenuation” from a few weeks ago. Everything about “The Prom Equivalency” was inspired, creative, surprising and humourous, with a particularly big moment for Sheldon and Amy at the end.

The episode pretty well entirely centered on the characters deciding to re-live their senior proms, without even any B-plots to be seen. Fortunately, the direction of this story was so strong that the prom angle was able to hold up everything effortlessly. Leonard and Penny were able to make peace with their former adolescent selves. Howard and Bernadette got their latest taste of the dysfunctional Wolowitz family dynamic with a particularly surprising plus-one from Stuart. Even Emily was tagging along with Raj for the fun this week! 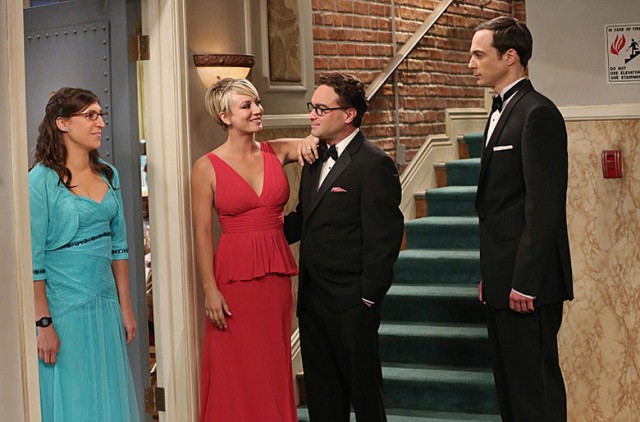 Again though, it was Sheldon and Amy, or ‘Shamy’ as the fans have often come to call them in reference to Howard’s joke a few seasons ago, that had the big moment here. After Sheldon gets anxious and has something of a panic attack (according to a helpful internet soccer mom), following the group’s teasing about young people often losing their virginity at prom, he retreats into his room, with Amy following him. After a lengthy talk, Sheldon, in his own twisted, roundabout way, admits to Amy that she has become very special to him.

The show kind of tips its hand with Amy’s long-winded and obvious lead-up to the “L” word, but it was a very shocking and cool surprise to hear Sheldon cut her off and say, “I love you too.” Again, the moment was a little noticeably calculated by the writers, but the way that it was executed still didn’t play out exactly the way viewers would expect, especially since Sheldon backs up his declaration by saying that his first thought for his feelings was a brain parasite, but he soon after thought that was ridiculous. It was a great moment that made the most of an already superb episode.

It was also humourous to see that, despite Sheldon’s big step with Amy this episode, he’s still Sheldon. When he believes that Amy is also having a panic attack in response to Sheldon saying he loves her, he starts trying to coach her through the symptoms, but then decides that just because he loves her, doesn’t mean she can be in his room. This helped the big moment feel more genuine, since it didn’t come at the needless expense of Sheldon’s character, and that’s awesome.

Another highlight joke came in the limo shared by Howard, Raj, Stuart and their dates. Howard continues to grill Stuart about Stuart’s questionable relationship with Howard’s mother, only to get thrown for an even bigger loop when Stuart shows up with Howard’s cousin, Jeanie, whom Howard lost his virginity to. Ok, second cousin. In any case, seeing Howard’s repressed animosity toward Stuart bubble over when he shows up with Howard’s first was excellently funny. Emily even got a good joke in here, when she had to explain her The Nightmare Before Christmas-inspired Sally tattoo to Bernadette, which, naturally, had a very morbid and vaguely off-putting backstory. The stunned response from Bernadette that she prefers Cinderella was a great response too. 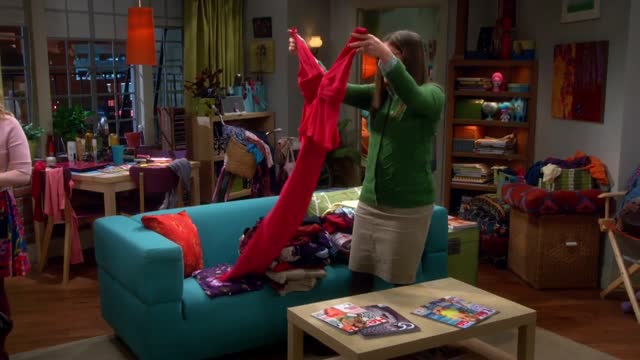 Leonard and Penny were the first ones to make it to their apartment roof, where they would recreate prom, complete with photos, which helped to conclude the episode with a montage of funny character shots. The two reminisced about who they were, and it was fantastic to see the two not fighting or bickering over stupid things, and just helping to encourage each other that they’ve found love, despite their drastically different adolescent dispositions. There wasn’t as much focus given to Leonard or Penny this week, but that just meant that they could focus on a few good jokes, and leave the heavy lifting to the other characters, who better serve this plot.

After all is said and done, you don’t see much of the actual prom that the group has put together for themselves, but that’s pretty minor. It was just fantastic to see a great episode for every character on the show for Season Eight that just fired on all cylinders, and didn’t feel recycled from previous seasons. Even Sheldon and Amy couldn’t escape the celebration of the great partnerships that the show has put together, and nor should they. 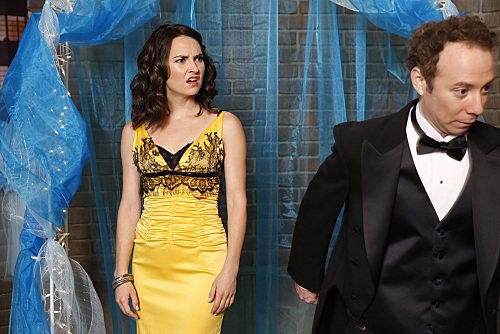 “The Prom Equivalency” thus stands as one of the best episodes that the show has delivered in quite a while, even outside Season Eight. Not everything may have gone to every character’s liking in the end (or at least Howard’s), but at least there was no disappointment to be had for the audience!

The Big Bang Theory 8.8: "The Prom Equivalency" Review
"The Prom Equivalency" was an outstanding episode that took a single plot to bring all of the characters together for a great mix of humour and romance, and had a particularly big moment for Sheldon and Amy!
THE GOOD STUFF
THE NOT-SO-GOOD STUFF
2014-11-07
95%Overall Score
Reader Rating: (3 Votes)
93%