After a week off, The Flash returned with yet another strong episode, though one that felt like a tiny step down from “Going Rogue.” That episode is a really tough act to follow though, so that’s perhaps unsurprising. Nonetheless, “Plastique” was an episode with added dramatic weight, introducing a number of emotional plot elements, and setting up a powerful enemy for Barry and his friends at S.T.A.R. Labs.

The main plot of the episode involves Barry coming across Bette Sans Souci, a former military sergeant and EOD specialist, and a metahuman who is capable of turning any object into an explosive with a mere touch. DC fans likely know her by super-villain identity, Plastique. Unlike the comics however, Bette is portrayed not as a villain on The Flash, but as more of a tragic character that doesn’t mean to do evil. 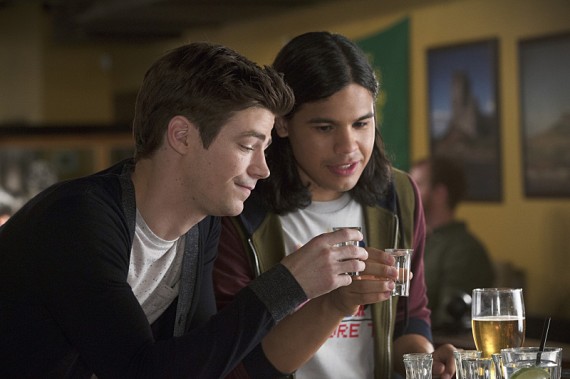 The real villain of the episode is another antagonist that should be familiar to fans of DC Comics, General Wade Eiling. Eiling is aggressively hunting Bette, in an effort to develop her as a human weapon. It’s a plot that’s been done more than once with superhero stories, but even if Eiling feels a little half-baked and shallow in terms of his motivations at this point, the show still sets up a promising history between Eiling and Wells, who had a falling out after Wells backed out of their mutual project, and more on that later.

After the first three episodes suffered from underdeveloped metahumans, Bette is the first metahuman besides Barry on the show that feels like an interesting, well-developed character. It was cool that the show didn’t portray her as an outward villain, especially since The CW has already featured a more villainous Plastique on Smallville several years ago, and her interactions with both Caitlin and Barry were valid and engaging. Even the idea of giving Cisco a bit of a crush on her was cute and amusing, and helped to compensate for the fact that Caitlin was the one acting as Bette’s emotional support, while Barry was the fellow metahuman who related to her condition. 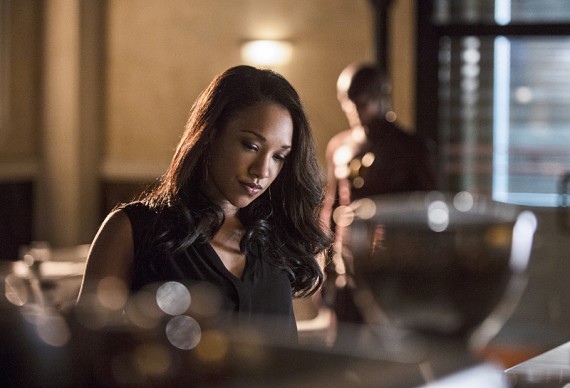 Of course, as Caitlin points out, Barry’s abilities give him a means to help people. Bette on the other hand is much more dangerous, as she is essentially a human weapon. This creates an interesting conflict, because Barry has finally found a metahuman who isn’t evil and hell-bent on destroying the city, but her powers still need to be accounted for, and it’s extremely doubtful that she’ll ever be able to live a normal life, especially with Eiling pursuing her. Bette is a riddle with no right answer, and that’s why she’s the kind of metahuman presence that the show has been starved for up to this point.

That’s why it’s a bit of a bummer that the episode ends with Bette being killed off, shot by General Eiling after she attacks his squad, and Barry fails to save her. It does lead to an awesome sequence almost as good as Captain Cold’s train attack from the previous episode, where Barry must race Bette’s armed corpse to a safe distance and drop her in the water, not only having to maintain a 600 mph+ velocity to run on the water, but also speeding up even more on the way back to outrun the resulting mini-tsunami that the explosion makes. For television, this was another fantastic sequence, even if some of the CG was a tad dodgy in a couple of places, and it continues to demonstrate the surprising visual panache that The Flash is effortlessly pulling off right from its first episodes. 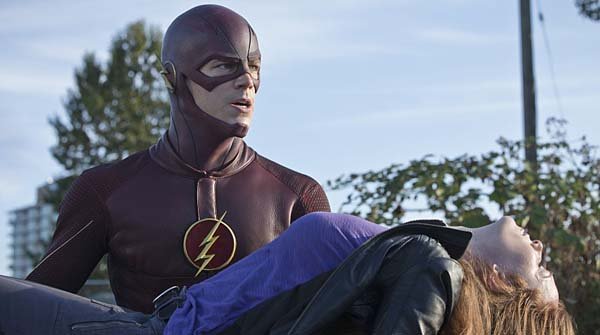 Aside from the business with Bette, there was a B-plot involving Iris witnessing Barry saving a window washer that was about to fall to his death after Bette’s initial appearance, and blogging about, “The Streak” more aggressively as a result. Detective West puts more pressure on Barry to get Iris to stop writing the blog, but honestly, this was the part of the episode that didn’t turn out as well. There was a cool first-time Lois Lane-style meeting between Iris and her superhero idol/future husband, one that came with the heartwarming reveal that Iris isn’t blogging for herself, but for Barry, whom she obliviously believes has given up his belief in the impossible, as a result of him trying to mask being The Flash to her. Everything else though seemed to fall short.

The main issue with the Barry/Iris drama is that it felt forced and overdone. Barry was far too aggressive with trying to get Iris to stop blogging outside of his inspired meet-and-greet at Iris’s coffee shop, and while Iris being defensive of the blog made more sense, it’s strange that she didn’t just come right out and tell Barry that the blog is for his sake. Barry and Iris deciding that they needed time apart after the fact also felt rather forced, and like it was just trying to shoehorn drama where it wasn’t necessary. Obviously they’re going to make up, and obviously, this is all going to be for nothing eventually, because chances are, Iris is eventually going to learn Barry’s secret, whether Detective West or Barry wants her to or not.

Aside from the weaker Barry/Iris material though, “Plastique” still kept this show speeding strong, and standing as arguably the Fall’s best new genre show. It even gave a noticeably improved end stinger with Wells, with the story of his former partnership with Eiling being revealed. Apparently, the reason Wells severed ties with Eiling was over none other than some sort of scientific experiment involving a certain gorilla named Grodd, who as we saw, escaped his confines as of the show’s pilot. We even see Grodd in the flesh during the flashback, with Wells telling him that he has a very different future in mind for him. Does this mean that Grodd will or won’t become the fearsome primate super-villain, Gorilla Grodd from DC Comics lore? I suppose time will tell.

All the more reason to keep watching!

The Flash 1.5: "Plastique" Review
"Plastique" stumbled a tad with its Barry/Iris subplot, but compensated by setting up a promising new villain, and delivering a more interesting, multi-dimensional metahuman-of-the-week.
THE GOOD STUFF
THE NOT-SO-GOOD STUFF
2014-11-13
88%Overall Score
Reader Rating: (1 Vote)
88%