Constantine elevated things considerably with a better episode that graduated the show from merely being good, to being great, compelling television. “A Feast of Friends” delved deeper into the dark side of Constantine’s world, beyond the magic tricks and demonology, exploring the kinds of sacrifice and tough decisions that come with being John Constantine.

This episode’s plot involves another old friend of Constantine’s, Gary Lester, being subject to the accidental unleashing of a voracious and especially powerful hunger demon. Manifesting as a swarm of beetles, the hunger demon starts passing from host to host in Atlanta, threatening the city, and the world at large, as it gradually begins to eat both all the food in the general radiance, as well as some human flesh for good measure. This makes it probably the most nasty foe that Constantine has yet faced on the show, and one that carried with it more dramatic weight than the enemies to come before. 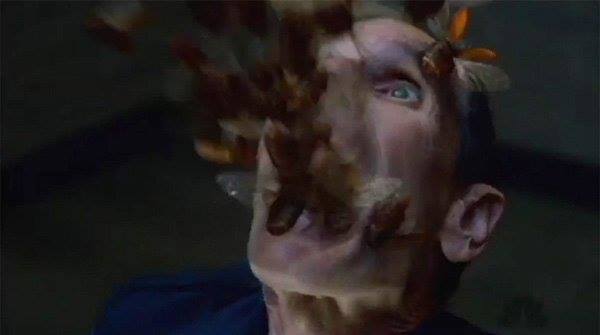 Chas once again entirely sat out this latest episode, though Zed played her part in helping Constantine safeguard Gary, as well as get more information on what they’re about to face. Ultimately, Zed’s presence was pretty minimized this week, with John being front and center in the spotlight, as he pursued the means to undo the mistake of Gary, who failed to sneak the bottled hunger demon through customs after trapping it in Sudan.

While some of this involved more cool tricks, with a particular highlight being a drug that places its users on a permanent psychadelic high, unless they ingest a natural counter-agent that nullifies it (Constantine then peddles the drug to some criminals hassling Gary over drugs as an amusing form of poetic justice shortly afterward), the ultimate method of dispatching the demon came at a hefty price. Another visit from Manny foreshadowed the stakes of what Constantine was up against, but towards the end, it’s revealed that John always knew that he would have to sacrifice his old friend to destroy the demon. With Gary signing off on having to get his face carved, his tongue removed, and stay in agony for days, he finally allowed his life to mean something as Constantine and Manny oversaw the process, with a result that was a victory, but didn’t really feel like one.

This was a great way to illustrate Constantine’s point about the people close to him ending up dead. Constantine knew that the quest to neutralize the hunger demon would ultimately cost Gary his life, and that had to have been a tough call to make. Constantine has to do what is necessary to prevent a hellspawn from literally devouring the planet, but still, it shows that Constantine often has to make some pretty tough calls when keeping demonic forces at bay from the world of humans. Even Manny had to double-check that Constantine was actually up to the task of vanquishing the demon, knowing what it would cost him, and especially Gary. That has to be a life without much in the way of easy answers.

Fortunately, before Gary bit the dust in the name of saving humanity, he did delve into some more Newcastle exposition as well. His confession to Constantine in a bar that he was high as the innocent girl was dragged to Hell following Constantine’s failure, was quite an emotional moment, even for a one-off guest character. It follows nicely from Constantine telling Zed that Gary’s been handed more opportunities than he’s ever earned, and since Gary pissed them all away, it makes him the ultimate example of a life wasted. Surprisingly, Constantine took the confession well however, saying that he knew Gary was high, and that he never should have involved his friends in the affair anyway. 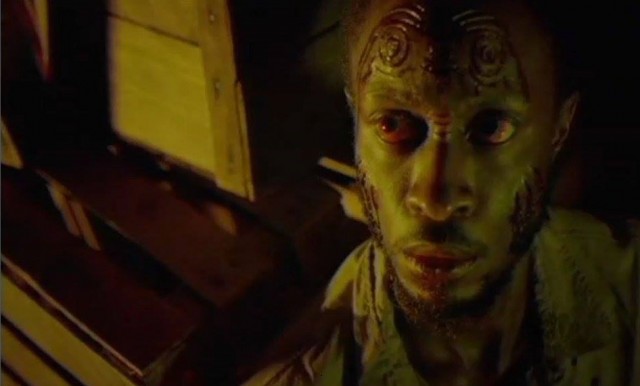 Constantine has never been wanting for good old demon-hunting fun, and there was definitely some of that in this episode. Even so, it’s nice to see that the show can pull off some real dramatic weight too, when it sets its mind to it. It’s capable of being more than just shallow entertainment for paranormal-loving nerds, and this is the first time that the show has actually almost stood alongside DC’s/Vertigo’s Hellblazer comics in terms of dramatic satisfaction.