After “The Prom Equivalency” hit a season high point last week, “The Septum Deviation” delivered another pretty strong offering, putting Sheldon in the spotlight this week as he struggles with anxieties surrounding Leonard having some routine surgery.

As neurotic and irritating as Sheldon can be, there’s no denying that somewhere buried in his sub-conscious, he really cares about Leonard. This was brought to the forefront not only on account of how terrified Sheldon was of Leonard dying from various causes, but also in the amount of cracks that were made around Leonard never being able to escape Sheldon’s side. The end bit even showed Sheldon purchasing two urns for them, with hysterical engravings that seem to definitively cement that Leonard will never escape Sheldon.

In fact, the laughs and heart behind Sheldon’s arc this week mostly overshadowed a lesser B-plot that should have left a lot more impact. Raj’s resentful parents finally decided to get a divorce this episode, and Howard and Bernadette are left to try and comfort a grieving Raj, reflecting on their own marriage all the while. This was bound to happen eventually, but the arc still kind of hit with a bit of a whimper, as the jokes got predictable here, and the episode just didn’t give enough of a focus to what should be a larger event than it was.

Most of the episode was a marathon of Jim Parsons being as over-the-top and hysterical as he could be, albeit to great effect. Sheldon’s increasingly exaggerated and ludicrous excuses to try and get Leonard to abandon his elective surgery somehow never became tedious, particularly when we see how they’re motivated. Sheldon can often come off as an uncaring sociopath at worst, but this episode reminds us that he has a heart in there somewhere. This episode is also well-timed, as Sheldon finally confessed his love to Amy last week, after several seasons of buildup. 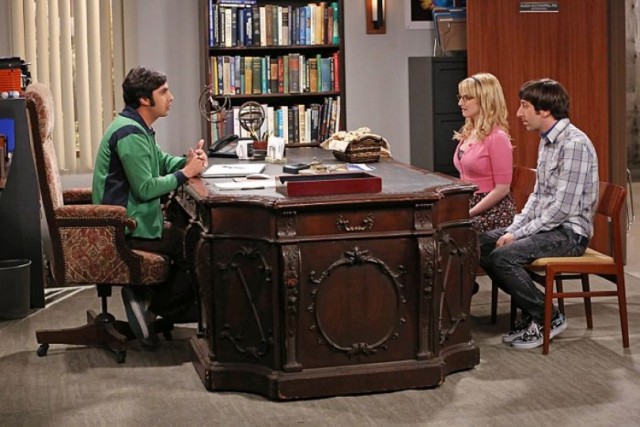 Maybe, given the show’s age now, the writers are deciding to soften Sheldon up a bit, without betraying his core character completely. It’s a welcome switch, showing that Sheldon can be Sheldon, even when he’s expressing concern for his roommate and best friend. It also continues to probe the anxiety that Sheldon has bubbling under the surface, as the separation anxiety resulting from Leonard and Penny’s engagement is no doubt still affecting him. You have to wonder why he hasn’t just come to terms with living with Amy at this point, especially since Amy would no doubt be more tolerant of his bizarre quirks than Leonard ever would, but one step at a time, I suppose.

Over on Raj’s end, Raj seemed to get over his parents divorcing pretty quickly after some initial issues (I suppose he is well into his 30’s, after all), but the conflict spilling out into Howard and Bernadette pondering the long-term future of their marriage was a sound idea. The one joke that really worked great here was when the two try to tell each other things that they love about each other, only to eventually erupt into a flurry of passive-aggressive insults. It felt like a goofy way to gloss over some legitimate issues with Howard and Bernadette, but perhaps it’s good that things weren’t taken too seriously here. 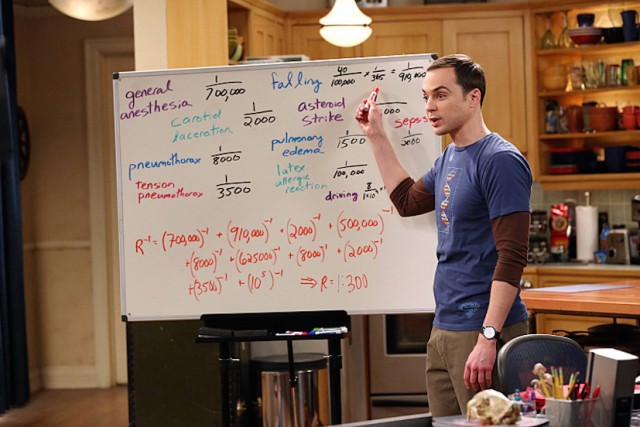 If I’m being honest, there isn’t much to say about “The Septum Deviation.” It’s just overall good, textbook The Big Bang Theory, despite its attempts at big shake-ups, like the divorce of Raj’s parents. Sheldon was the big highlight this week, and pretty much carried the entire episode by himself, even considering Raj’s family drama. Much of these events probably won’t be particularly memorable as early as next week, but it’s good to be reminded every so often that Sheldon isn’t completely detached from human connection.