When Super Smash Bros. for Wii U was announced alongside a 3DS companion game, fans around the world went pretty nuts. And arguably so: the game has one of the biggest mainstream as well as cult followings, even though there have only been three versions of the game in the last 15 years.

Much like we found with the 3DS version (read our review here), Super Smash Bros. for Wii U is a perfectly-tuned brawler with dozens of characters and an insane amount of variety in level design, items, and game modes.

Attention to detail is the name of the game in the Wii U version of Super Smash Bros. While still managing to deliver 60 frames per second throughout the experience, Nintendo has excelled at getting the finer things right: how some elements of a beautifully-rendered 3D stage are purposely flat to bring back 2D memories of 1989 NES games, or the method in which the team has designed characters like Samus Aran with loving upgrades while still having her look true to her original self. Side note: we haven’t seen Samus on her own in a while. New Metroid game, Nintendo?

In the 3DS version, where everything appeared colourful and purposely emphasized, the Wii U game has a coat of polish over top that just oozes simple, clean, and next-generation graphics.

It’s tough to make a comparison to anything on other platforms (or even the Wii U) because the perspective of the battles can draw the camera quite far from the play area itself, especially in eight-player matches. Unlike the 3DS game, however, playing Smash on a screen that is not the size of your palm makes it exponentially easy to take in the higher-polygon count of the 3DS’s older brother.

Like the 3DS version, Super Smash Bros. for Wii U suffers from audio that is almost too good. It doesn’t make sense, really, that the audio in the game is so faithfully sourced from its respective franchises that it all makes sense that it just fits in together.

It is somehow bizarre and comforting at the same time to hear a theme from Mario while a chime from Zelda sneaks in, or the whoosh of a Star Fox fighter goes by. Normally, mixing franchises up like this–especially beloved ones–would be a travesty, but Nintendo manages to pull it off in a way that only they could.

Of course, gameplay is where Super Smash Bros. for Wii U shines. Much like the 3DS version of the game, content is king, and Nintendo has made sure that there is no shortage of it anywhere on this disc (or download). 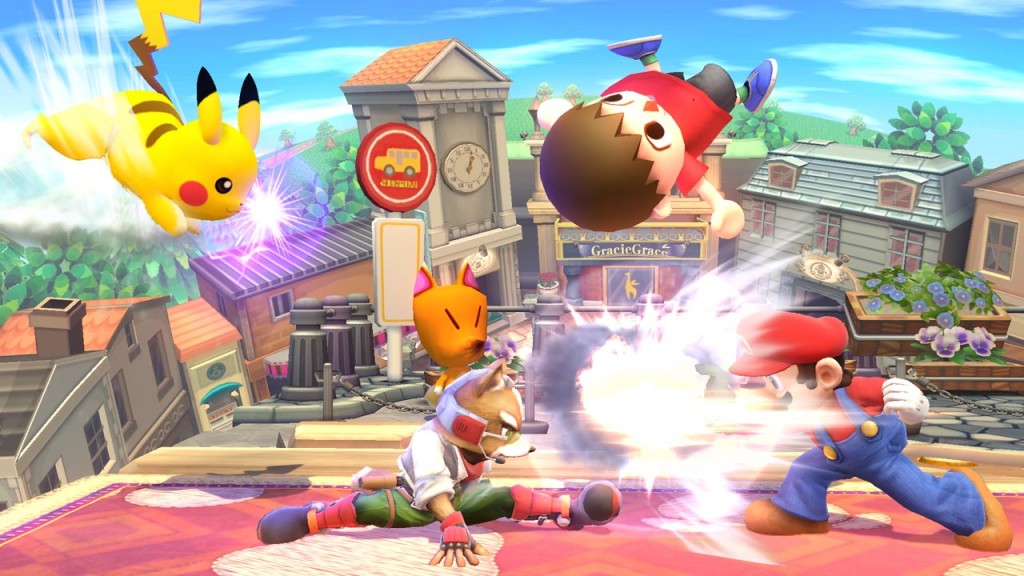 The common thread between each game mode (of which there are many, including Classic, All-Star, and Special Orders, among others) is the finely-tuned, precisely-balanced fighting that serves as the foundation for the entire experience. Each mode adds a twist or turn here, but it is the all-out brawling experience that Nintendo has so carefully crafted and balanced that underpins everything.

And then comes the online option. This is something Nintendo, for the first time in their history (okay, Mario Kart 7 did a half-decent job at online as well), online matchmaking is executed nearly perfectly. Jumping into an online match was simple and fluid, regardless of whether it was with a friend or someone randomly selected from the bowels of the internet. 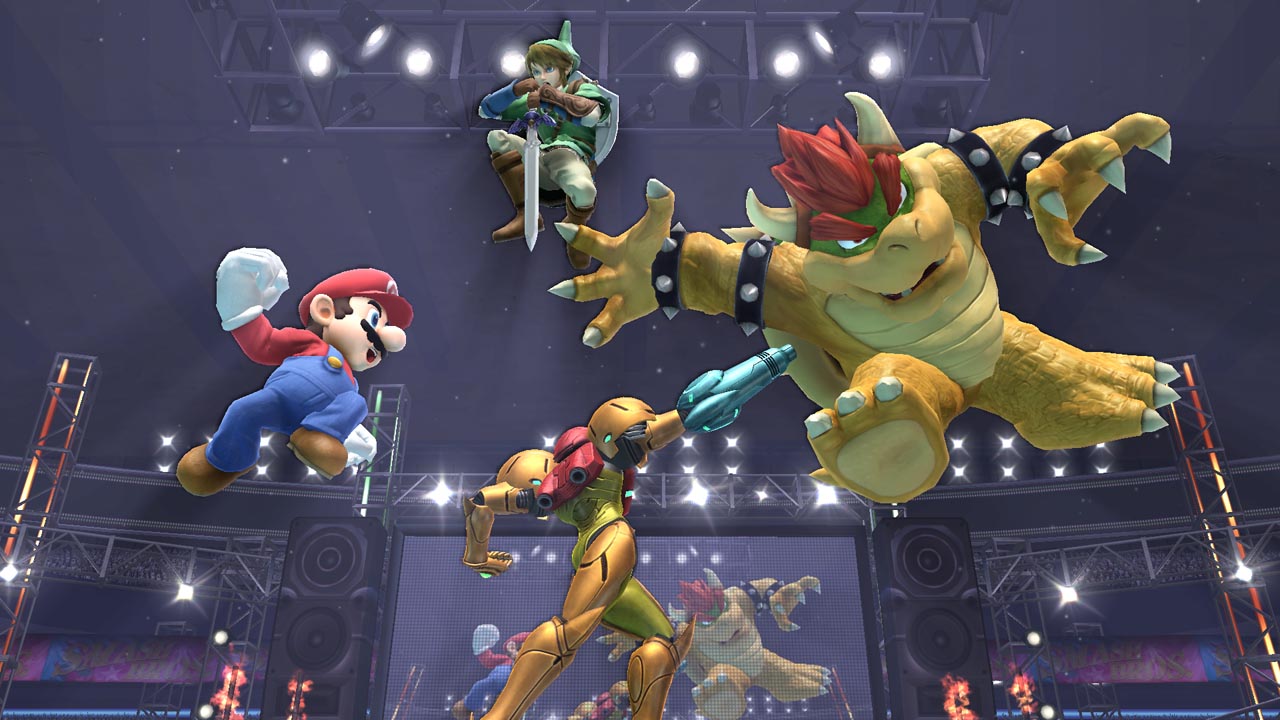 As if that wasn’t enough of a value proposition, Nintendo has brought to life new physical figures called amiibo. These little Skylanders-esque figurines have a base with an NFC (near-field communication) chip in them which serves as a connection between the physical and the digital world.

Placing the character on the NFC reader built-in to the Wii U GamePad activates it in-game, causing a new character to appear. Unfortunately in the case of Smash Bros., this character is not actually playable, but rather a computer-controller AI-based player that you can level up by playing against it. It works as it should, but it would have been far better if the amiibo served as your own player so you can take it with you and trade amongst your friends for levelled-up amiibo.

Almost every facet of Super Smash Bros. for Wii U is tuned, balanced, and perfected. Perhaps that’s why Nintendo can only stomach to release one of these games every five years or so.

The fact that the development team was able to craft an experience that essentially jumbles up every major Nintendo franchise in existence, coupled with a bunch of the smaller ones, further coupled with some third-party worlds, and still make the whole thing not only work, but excel at doing so, is what really makes this game such an incredible experience.

Super Smash Bros. for Wii U deserves to be in your Wii U collection, right alongside The Wind Waker HD, New Super Mario Bros. U (and Luigi U), Mario Kart 8, and LEGO City: Undercover.