Of the many high-profile announcements and coverage at this year’s new Geoff Keighley-hosted show, The Game Awards, a web-streamed replacement for Spike’s now-ceased Spike Video Game Awards on television, few garnered as much excitement as the resurrected Sierra Entertainment. 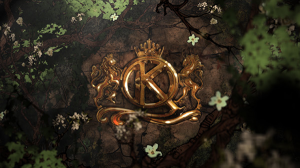 Not only is Sierra back after spending many long years in dormancy, but its original founders, Ken and Roberta Williams, the progenitors of video game storytelling as we know it, took the stage at The Game Awards to help announce a revival of their much-celebrated adventure game series, King’s Quest!

The reboot, which appears to simply be titled, “King’s Quest“, was revealed with a new and modernized cel-shaded art style. Appearing to have a higher emphasis on fast-paced adventuring, a hero, who appears to be series protagonist King Graham, complete with feathered hat, is shown exploring treacherous landscapes and fighting dangerous monsters. The trailer almost appears to suggest that the classic point-and-click style adventuring of the series may be abandoned for a more action-packed focus, albeit one that still incorporates puzzles. Obviously though, this is unconfirmed at this time.

Despite this being the public’s first look at the game, King’s Quest, which is being developed by fledgling Los Angeles-based studio, The Odd Gentlemen, with the Sierra label (technically Activision, who owns the label) publishing, has already been set for a Fall 2015 release window. 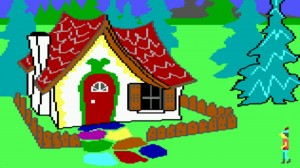 Don’t fret if you don’t have a gaming-ready PC either! On top of the inevitable PC version, King’s Quest will also release for Xbox 360, PlayStation 3, PlayStation 4, and Xbox One. Disappointingly, it doesn’t seem to be coming to Wii U. This is somewhat odd, as you’d think that the Wii U Gamepad would be a natural fit for a point-and-click adventure game like King’s Quest, but perhaps the revised direction of this reboot got in the way of development on Nintendo’s console.

In any case, we will continue to closely monitor development on King’s Quest, so keep venturing back to Eggplante for all news and updates on Sierra’s long overdue reboot!