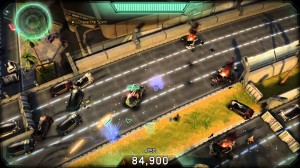 343 Industries is continuing to try and stabilize the rampant matchmaking and multiplayer issues in Halo: The Master Chief Collection. As a result, they’ve been unable to put the final touches on their top-down shooter sequel, Halo: Spartan Strike, a follow-up to 2013’s Halo: Spartan Assault, forcing the game to be delayed to early 2015. It was originally supposed to launch before the end of the year.

343 Industries bluntly admitted that the widespread online multiplayer issues with Halo: The Master Chief Collection are to blame for the delay of Halo: Spartan Strike. The Xbox One compilation’s continued problems with its multiplayer component have forced 343 Industries to re-purpose their resources to trying to fix their previous release.

Thankfully, the plan to launch a closed online multiplayer beta for Halo 5: Guardians on Xbox One towards the end of this month doesn’t appear to be affected. A placeholder file size placed the beta download at over 10 GB for Xbox One owners, and invitations to the beta are guaranteed to anyone who pre-ordered and bought Halo: The Master Chief Collection already.

Halo: Spartan Strike has only been announced for Windows 8 mobile devices and PC at this point, though if the previous Halo: Spartan Assault is any indication, it should eventually make its way to Xbox One, and perhaps Xbox 360 as well. The game takes place during the events of Halo 2, though will feature weapons and equipment from Halo 3 and Halo 4 as well, including some all-new gear for players’ Spartans. Beyond that, story details are pretty thin for now.

Keep launching to Eggplante for all news and updates on the Halo series.