After the excitement of Sony’s keynote, one major PlayStation franchise was conspicuously missing, that being highly beloved action-adventure series, God of War. Sure, series protagonist, Kratos made some cameos, namely in a Sackboy rendition during the LittleBigPlanet 3-made PlayStation retrospective, and as an exclusive 8-bit extra in the newly-announced PlayStation editions of Shovel Knight, but the God of War franchise itself wasn’t even brought up. 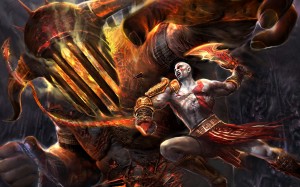 Given Sony Santa Monica’s active presence at PlayStation Experience though, it was inevitable that someone would eventually ask whether Kratos has hung up his blades. Fortunately, that doesn’t seem to be the case. While answering audience questions, Sony Santa Monica creative director, Cory Barlog confirmed at PlayStation Experience that a new God of War game is in active development at the studio, and the franchise certainly isn’t dead!

Curiously though, Barlog was coy about a few key bits of information beyond the informal announcement. Since the game is very early in development, Sony Santa Monica couldn’t show it at PlayStation Experience, but perhaps there may be another reason for the hesitation– Kratos may not be the main character anymore. Barlog wouldn’t say either way whether Kratos would return for this new God of War game, particularly considering the seemingly definitive ending of God of War III. He did however affirm that the new game is definitely not a prequel, in reference to the series’ previous proper offering, last year’s God of War: Ascension on PlayStation 3. 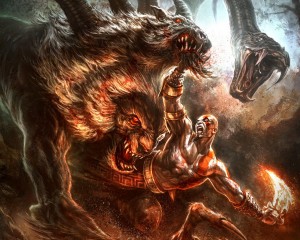 Sony’s own Scott Rohde claimed that the God of War series may be getting a reboot for PlayStation 4, which may explain Barlog’s coyness with the presence of Kratos in the new game, or whether it may completely start a new storyline with a new protagonist. After all, Sony Santa Monica is probably running out of Greek mythological creatures to butcher at this point. None of this is confirmed though, and for now, Barlog simply claimed that he hoped to share news on the game either next year or the year after, likely indicating that we won’t see the new God of War game, whatever it ends up being, until 2016 at the earliest.

Regardless, keep lashing at Eggplante for all news and updates on God of War.