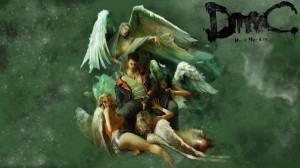 While there virtually aren’t any details yet given for Devil May Cry 4: Special Edition, beyond it coming to PlayStation 4 and Xbox One at some point in 2015, DmC: Definitive Edition has had several details revealed about it by its developer, Ninja Theory on the PlayStation Blog. DmC: Definitive Edition will include all previous DLC released for the Xbox 360, PlayStation 3 and PC versions of the game, and will run at both native 1080p resolution, as well as sporting a 60fps framerate. The re-release will also sport all-new play modes, including ‘Turbo’, ‘Hardcore’ and ‘Must-Style’, as well as the new ultra-tough difficulty setting, Gods Must Die. DmC: Definitive Edition will add new trophies/achievements, leaderboards and all-new costumes as well.

Ninja Theory claims that DmC: Definitive Edition now allows them to include these features, all of which were planned for the original last-gen release of DmC: Devil May Cry, but had to be cut due to time and space constraints. While Devil May Cry 4: Special Edition lacks a release date at this point, Ninja Theory has confirmed that DmC: Definitive Edition will launch on March 17th, 2015, and it will sell for the slightly discounted price of $39.99 USD. 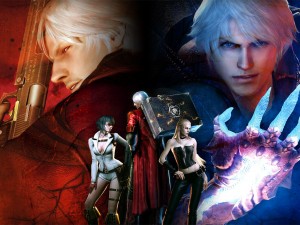 DmC: Devil May Cry is a series reboot that initially drew controversy for radically altering protagonist, Dante, but was later praised by both critics and most fans for its exceptional production values, creative new story direction, and fast-paced, challenging gameplay. Devil May Cry 4 on the other hand is an interquel of the former Devil May Cry trilogy, taking place between the events of the original Devil May Cry and Devil May Cry 2, shifting the perspective away from Dante, and instead unfolding from the perspective of a new demon hunter protagonist, Nero, with Dante being a supporting character. Both are harsh, challenging action games that combine swordfighting and gunplay in an effort to destroy the forces of demonkind.

Along with the announcement of the next-gen Devil May Cry ports, Capcom has also confirmed that highly anticipated sequel, Monster Hunter 4 Ultimate, set to launch exclusively for Nintendo 3DS in early 2015, will feature Devil May Cry-inspired costumes, joining the previously announced Street Fighter II and Super Mario Bros. costumes that will be featured in the game.

Keep hunting Eggplante for all news and updates on Devil May Cry.