I think it’s safe to say that nobody expected this. 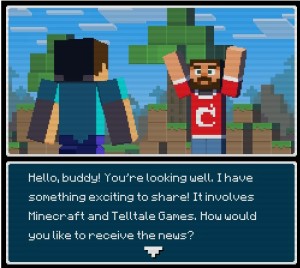 After their successful launch for the first episodes of Tales from the Borderlands and Game of Thrones recently, it’s now come to light what else Telltale is working on, beyond continuing those sagas. Apparently, they’ve tapped into yet another ultra-popular franchise for 2015, that being Minecraft. Yes, that Minecraft!

While the ultra-popular world creation/adventure sandbox indie game doesn’t have any real official lore, beyond some implied urban legends, Minecraft: Story Mode will aim to tell the first real story set in the Minecraft universe. As with Telltale’s projects based in the worlds of The Walking Dead and Game of Thrones, Minecraft: Story Mode will be a side saga that doesn’t create an official canon for the main experience, but will nonetheless allow players to meet and cultivate some all-new characters with the same impactful decision-making that Telltale games do best.

While Minecraft: Story Mode is predominantly a Telltale production, it is proceeding with the approval and collaboration of Mojang, who were recently bought out by Microsoft, prompting founder, Notch to leave the studio. This will have Telltale juggling three projects in 2015 by the look of things, with Tales from the Borderlands still having four episodes left to produce, and Game of Thrones still having five. 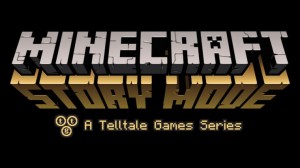 Keep excavating Eggplante for all news and updates on Minecraft: Story Mode, and other Minecraft-related developments.