Marvel fans and Capcom fans alike had best be advised of a certain fan-favourite fighter bundle’s days being numbered! Towards the end of this month, Marvel vs Capcom Origins will no longer be available to buy on either of its platforms, with Capcom Unity delivering the news today.

This is especially imperative to note, since this is a digital-only game! Once it’s gone, it’s gone. There’s no used game market to rely on in this case. 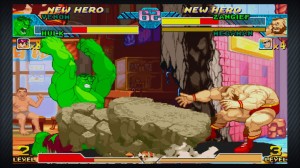 This removal comes in the wake of several other Marvel-related games being removed from sale on Steam, Xbox Live Marketplace and PlayStation Store, including Marvel vs. Capcom 2, Marvel vs. Capcom 3: Fate of Two Worlds, Ultimate Marvel vs. Capcom 3, Deadpool, Spider-Man: Shattered Dimensions, Spider-Man: Friend or Foe, Spider-Man: Edge of Time, X-Men Origins: Wolverine – Uncaged Edition, and X-Men: Destiny. Interestingly, the movie tie-in Spider-Man games such as The Amazing Spider-Man appear to be unaffected, and are still available to purchase on all digital storefronts.

The removal is believed to come from the expiration of a former licensing deal, which preceded Marvel’s buyout by Disney in 2009. It’s unknown why Marvel vs Capcom Origins has lingered for sale, despite more recent games like Deadpool being removed and only available at second-hand game stores for the most part, but thankfully, if you’ve already bought the game, you will still be able to access and play it, even if it won’t be available to purchase after the approaching deadline.

Marvel vs Capcom Origins combines two arcade classics, the original Marvel vs. Capcom, and Marvel-themed arcade fighter, Marvel Super Heroes. The bundled ports, developed by Iron Galaxy Studios, add online play and high-definition visuals, along with achievements/trophies. The package is available on both Xbox 360 and PlayStation 3, at least for now. 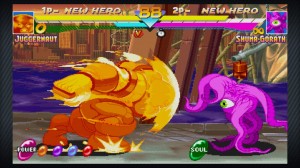 The PlayStation 3 version of Marvel vs. Capcom Origins is being dropped from the PlayStation Store on December 23rd, The Xbox 360 version however isn’t being removed from sale on Xbox Live Marketplace until December 31st, with no reason given.

Thus, if you have even the slightest interest in the bundle, better scoop it up now! Who knows when or if it will make a return!

Eggplante will continue to charge up your news on Marvel vs Capcom.