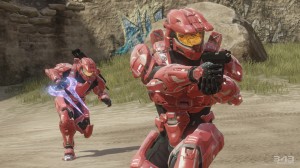 Among the scads of games that launched with broken, missing and poorly-realized features lately is Halo: The Master Chief Collection on Xbox One, which has suffered from problems with matchmaking and multiplayer server connectivity since its launch just over a month ago, to the point where the game’s online multiplayer suite is virtually unplayable for some people, even now. It’s a very pressing issue that 343 Industries has been working tirelessly to try and sort out, between several patches and attempts at server stabilization that has improved trying to play multiplayer on Halo: The Master Chief Collection, but still has yet to fully fix it.

Regardless, 343 Industries is offering an olive branch to their patient, devoted fans, promising free goodies to anyone who has played the game within the launch window. As long as you have bought Halo: The Master Chief Collection, regardless of whether it’s a physical or digital copy, and logged activity on it between the November 11 launch day, and now, December 19th, while having your console hooked up to Xbox Live, you should be eligible for the free rewards. It doesn’t seem like the incentives are region-specific either. Even if you’ve been avoiding the online multiplayer arenas, or don’t currently have an Xbox Live Gold subscription, logging even the smallest bit of time in any of the bundled games’ campaigns should count, whether in single-player or co-op, so long as you had Xbox Live active, since your campaign stats and achievements are still saved to Xbox Live, even if you play by yourself.

First, anyone who played Halo: The Master Chief Collection in this launch timeframe will receive a free 30 days of Xbox Live Gold, which should be delivered to them sometime in January 2015. It’s likely that you can redeem this from the Message Center on your Xbox One console when it arrives, though 343 may also simply apply the free month to your existing Xbox Live Gold membership, if applicable.

Second, early adopters will also receive an exclusive in-game nameplate and avatar for use in multiplayer. This bonus will never be made available to anyone else, and is a special way to thank early buyers of the game. These bonuses will be given to eligible players via a free content update in 2015.

Third, 343 is adding a new multiplayer map to the package for anyone to enjoy, even if they buy the game after today, “Relic”, which will be another remastered multiplayer map to enjoy in Halo 2 Anniversary. This is the only bonus from 343 that will be awarded free to everyone, regardless of whether or not they bought and played Halo: The Master Chief Collection early, once again via a free game update, in Spring 2015.

Last, and best of all, anyone who played Halo: The Master Chief Collection and logged activity on Xbox Live in the eligible timeframe, will exclusively get a remastered campaign of Xbox 360 spin-off, Halo 3: ODST added to Halo: The Master Chief Collection on Xbox One. 343 is now in the process of remastering the game’s campaign, including adding the same native 1080p resolution and 60fps framerate from the compilation’s other four remastered games. 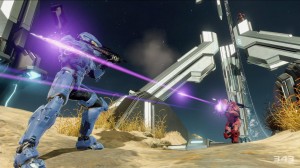 While development on this remaster of Halo 3: ODST just started, according to 343, it will be given free to eligible players via a download token as soon as Spring 2015, which will apply the new campaign to Halo: The Master Chief Collection permanently. Unfortunately, the game’s much-beloved Firefight mode won’t be included. 343 is considering making the Halo 3: ODST campaign remaster available for a price to all other owners of Halo: The Master Chief Collection at a later point, but so far, no plans are in place.

These generous bonuses come on the heels of Ubisoft similarly trying to placate angry players, who are still struggling with one of their own game’s persisting issues in Assassin’s Creed Unity, which ironically launched on the same day as Halo: The Master Chief Collection. Ubisoft is making the game’s first DLC expansion free for all players as an apology for the numerous bugs and framerate issues that have been present since the game’s launch, and is allowing anyone who already bought Assassin’s Creed Unity’s Season Pass to choose a free recent Ubisoft game of their choice as further compensation.

Keep dropping to Eggplante for all news and updates on the Halo series.