NOTE: Some minor spoilers for the pilot episode of The Flash are present in this article.

The Flash’s gallery of Rogues is continuing to expand! Spartacus star, Liam McIntyre has just joined hit DC television series, The Flash as Mark Mardon, the second surviving brother of the bank-robbing Mardon family from the show’s pilot. He will make his debut in the show’s fifteenth episode, and will re-appear in the sixteenth. 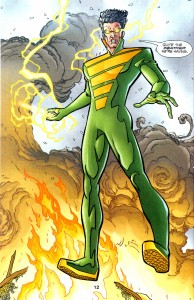 Mark Mardon is best known as major Flash villain, Weather Wizard, a character with the ability to control and weaponize the weather. In the very first episode of The Flash, Mark’s brother, Clyde Mardon was shown to have the same weather-bending powers, after both brothers were attempting to flee Central City in a plane, which was struck by lightning and brought down during the particle accelerator explosion that mutated several of the city’s citizens into metahumans. Clyde was the villain of the episode, with Mark believed to be dead. After The Flash disables a tornado conjured by Clyde with his super-speed, Detective West shoots and kills Clyde, which leads to West being one of the first people to learn of Barry Allen’s secret identity as The Flash.

Naturally, Mark is going to be seeking vengeance for his brother’s death when he makes his debut on The Flash. He will be pursuing a vendetta against Detective West, which of course means that The Flash and S.T.A.R. Labs must leap into action to quell the latest metahuman menace. Presumably, Mark will have even more potent powers than his brother as well, as he is the ‘true’ Weather Wizard of DC lore, and will probably play that role throughout the series’ run.

McIntyre is officially the fifth Spartacus actor to join the DC Television Universe as a key DC Comics personality, and the first to properly join The Flash, with the other four being featured at varying points on sibling series, Arrow. He follows Manu Bennett as Slade Wilson/Deathstroke, Cynthia Addai-Robinson as Amanda Waller, Katrina Law as Nyssa Al Ghul, and Nick Tarabay as Digger Harkness/Captain Boomerang. Despite Tarabay only properly showing up on Arrow so far, Captain Boomerang is primarily a Flash villain, and several Flash characters were featured in the episode incorporating Captain Boomerang, as it was the second of two crossover episodes between Arrow and The Flash. 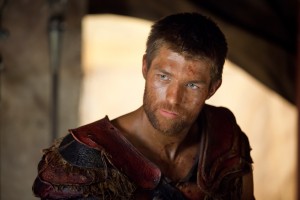 The Flash recently won the Peoples’ Choice Award for Best New Television Drama, and has enjoyed very positive ratings and reception since it debuted in October of last year. It’s currently on Winter hiatus, along with Arrow, but is set to return on Tuesday, January 20th, in its usual timeslot of 8:00-9:00 P.M.