UPDATE 2: Yet more nuggets have surfaced about Sony and Marvel’s new collaboration for the MCU’s Spider-Man portrayal, via Variety. Apparently, Marvel won’t earn any profits from Sony’s dedicated Spider-Man movies made for the MCU, though also won’t pay Sony a cent for the right to use Spider-Man in Marvel’s own self-produced MCU movies or other such content. Likewise, Sony also won’t receive profits for Marvel’s self-produced MCU movies that feature Spider-Man, such as “Captain America: Civil War.” Marvel is still interested in buying the character’s rights back wholesale from Sony someday, though this is a long way off, despite Disney/Marvel originally offering Sony “billions” for the complete film rights to Spider-Man and his various characters. Marvel Studios boss, Kevin Feige is also apparently producing the new 2017 Spider-Man movie for free, and both Avi Arad and Matt Tolmach, the lead producers of the “Amazing Spider-Man” film series, have been demoted to executive producers with no real say in the new MCU-set Spider-Man movies. Kevin Feige may not have direct creative involvement in “Sinister Six”, when or if it ever gets made, as it was a project set up at Sony before the Marvel deal was made, so Feige is not obligated to be involved. While existing plans for “Venom” and the female spin-off have been shelved for now, the concept behind the spin-offs could still be revived later (and as with “Sinister Six”, the fact that Sony previously planned them means that Kevin Feige won’t be obligated to be involved), as Sony retains final creative approval over Spider-Man in the MCU, plus, neither spin-off ever actually got off the ground. Lastly, Sony has the final say in which actor is cast as the new Spider-Man, and Sony is apparently pulling for someone much younger than both Tobey Maguire and Andrew Garfield, with the MCU Spider-Man definitely planned to be in high school, and the actor likely being between 16-20 or so.

UPDATE: After some confusion regarding what Sony is doing with the existing movie plans that they already had for the self-contained “Amazing Spider-Man” film universe that Sony began in 2012, the studio has clarified, via The Wall Street Journal, that villain-centric spin-off, “Sinister Six” has NOT been scrapped, and still remains in development, though the other planned spin-offs and “The Amazing Spider-Man 3” (and 4) have indeed been cancelled. While Drew Goddard remains attached to write and direct “Sinister Six” for now, Sony has indefinitely delayed the movie from its planned November 2016 release, as they re-evaluate what to do with it, particularly given that it must now exist in the Marvel Cinematic Universe with a new Spider-Man, mandating a considerable script re-write, minimum. Sony also re-iterates that the new MCU Spider-Man is still Peter Parker, not Miles Morales or anyone else who donned the mantle in Marvel lore, and that Andrew Garfield will NOT reprise the role, with Marvel insisting on a recasting of Spider-Man for the MCU. Sony also officially confirmed that Spider-Man will make his MCU debut in May 6th, 2016’s “Captain America: Civil War” (along with Black Panther, whose solo movie was bumped to July 6th, 2018 with the news), and while the new Spider-Man movie set for 2017 will take place in the MCU, along with all future Spider-Man movies, with options for cameos from other MCU characters to be decided, Sony still technically owns the film rights to the character, merely sharing them with Marvel, and allowing Marvel’s increased involvement in their future Spider-Man films, even if final creative power still ultimately rests with Sony.

We hoped. We prayed. We wished. Now, it’s finally happening! 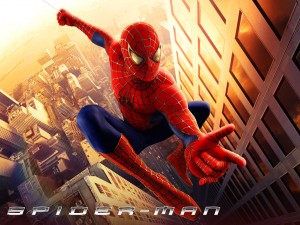 Sony and Marvel have just made a joint announcement that, as rumoured, they have entered into a partnership that will allow the two to share the film rights to Marvel’s ultra-successful web-slinging superhero, Spider-Man! The sweetest part of this deal is, naturally, that Spider-Man can now be introduced into the shared Marvel Cinematic Universe, along with his familiar supporting characters and villains!

Marvel isn’t wasting any time either, as they’ve already announced with Sony that Spider-Man will make his Marvel Cinematic Universe debut in a previously-announced Marvel Studios movie, likely in 2016, though the movie in question wasn’t named. Rumour states that there were plans to introduce Spider-Man in a small part in 2016’s upcoming event movie, Captain America: Civil War, though the plans were later claimed to have fallen through. Doctor Strange is another possibility however, given that the Sorcerer Supreme often serves as a close ally to Spider-Man in Marvel lore.

It must be one of these two movies (unless this is somehow a secret that both studios have kept since before filming on this year’s Avengers: Age of Ultron and Ant-Man), as Marvel and Sony have set a release date for an all-new Spider-Man-starring solo movie already, now officially set in the Marvel Cinematic Universe, for July 28th, 2017. The only other MCU-set movie that precedes this date is Guardians of the Galaxy 2, set for May 5th, 2017, and a Spider-Man debut there would probably be pretty unlikely, not to mention erratic. As a flip side to the deal, Sony and Marvel have also confirmed that they are tweaking the upcoming Marvel Cinematic Universe plans to include potential options for other Marvel Cinematic Universe characters to cameo in future Spider-Man-starring movies, which Sony Pictures can still distribute, finance, and ultimately have final creative control over, albeit with Marvel Studios head, Kevin Feige also having direct involvement in all future Spider-Man movies as well, with Feige and former Sony Pictures co-chairman, Amy Pascal both being lead producers on the new 2017 Spidey flick. 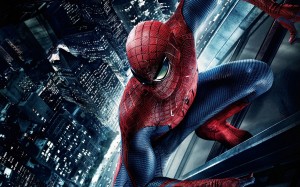 Given that the press release talks about a ‘new’ Spider-Man, and a ‘new’ creative direction for the character on film, it’s likely, albeit not bluntly confirmed in an official capacity at the time of reporting, that Sony’s Amazing Spider-Man movie plans have been scrapped at this point. Sony was working on a third (and possibly fourth) Amazing Spider-Man movie, along with spin-offs centering on villain organization, the Sinister Six, Spider-Man anti-hero/villain, Venom, and an unspecified female lead, likely Spidey’s frenemy and sometimes-lover, Black Cat. It’s also looking unlikely that Andrew Garfield will return to play the role of Spider-Man, along with other existing cast members from the former Amazing Spider-Man movies, given that a ‘new’ Spider-Man seems to be emphasized.

Before one starts wondering about the possibility of an alternate Spider-Man, namely Ultimate Universe successor, Miles Morales donning the Spidey mask and spandex however, Sony and Marvel did confirm that the ‘new’ Spider-Man will still be good old Peter Parker. As mentioned however, it’s virtually certain that Peter will be portrayed by a different actor for his MCU re-launch.

With the confirmation of Spider-Man being brought into the MCU at long last, Marvel Studios have also delayed several movies to make room for the Web-Slinger, in a domino-style move. Thor: Ragnarok has been delayed from July 28th, 2017, a date stolen by the formally untitled new Spider-Man movie, to November 3rd, 2017, the date formerly held by Black Panther, which will now premiere on July 6th, 2018, the former date of Captain Marvel, which is now placed on November 2nd, 2018, once the date of Inhumans, which will now come to theatres on July 12th, 2019. Only Avengers: Infinity War – Part 1 and Avengers: Infinity War – Part 2 have stood unaffected in the post-Guardians of the Galaxy 2 roster, with the former still releasing on May 4th, 2018, and the latter still debuting on May 3rd, 2019.

This means that only two Marvel properties are ineligible for the Marvel Cinematic Universe for now, those being the X-Men and Fantastic Four movie properties that are both currently owned by 20th Century Fox. Fox is releasing three movies set in the self-contained X-Men movie universe in 2016, with a new Wolverine spin-off coming in 2017, followed by a currently-unknown spin-off in 2018, along with possible plans for a primetime TV series. Consequently, a reboot of Fantastic Four recently debuted its first teaser trailer, and will come to theatres this August, with a sequel to said reboot already planned for 2017.

Stay tuned for updates on this very exciting new business plan between Sony and Marvel, as we welcome one of Marvel’s most beloved heroes into their most successful media venture of all time. It’s a great day to be a true believer!

Naturally, Eggplante will keep slinging you your news on upcoming Spider-Man movies, and the Marvel Cinematic Universe at large.