NOTE: Full spoilers for the pilot episode of Better Call Saul are present in this review.

It’s impossible to argue that Breaking Bad is one of the best televised dramas of all time, and naturally, it was hard to say goodbye to it after its fifth and final season. Whether it’s AMC or creator, Vince Gilligan that didn’t want to walk away from the universe of Breaking Bad so bluntly however, we now get to look at the world that Walter White once inhabited from a different perspective, thanks to prequel/spin-off, Better Call Saul. 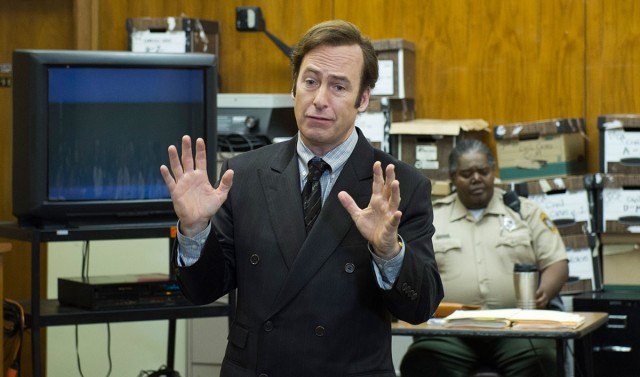 If you’ve seen Breaking Bad, then chances are, you’ll remember fan-favourite character, Saul Goodman. A proudly slimy criminal attorney that often assisted Walter (begrudgingly) with his illict operations, Saul was a great mix of the show’s tragic drama and pitch black comedy alike. He was honest in his dishonesty, and the paradox behind his character was rife with intrigue and appeal. Frankly, he was a character begging for a spin-off.

Now, Better Call Saul has finally kicked off, and it’s off to a fantastic start! It’s not quite in the same league as Breaking Bad, at least not for now, but that’s probably an impossible standard to measure up to anyway. Then again, Better Call Saul is clearly distinct from its predecessor in several key respects. It’s still a drama, but there’s more of a twisted sense of bizarre humour in Saul’s world compared to Walter’s. Saul, or Jimmy, as he’s currently known, has things grounding him in the real world, such as a sickly brother that he must care for, and struggling to start a law practice in a world that just doesn’t want him, where he hasn’t yet found his place, but there’s no denying that this is a slightly less serious show than Breaking Bad. 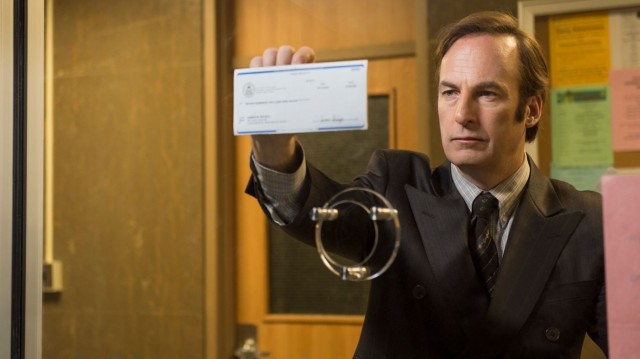 The fact that Better Call Saul is not afraid to be a bit sillier than Breaking Bad is evident right from the get-go. After a monochromatic scene teasing Saul’s ultimate fate after the conclusion of Breaking Bad (or perhaps implying another event entirely), the show flashes back to Saul/Jimmy defending a trio of teenagers who were caught having sex with a severed head in a biology lab. Yep. That’s the kind of darkly comedic tone that the show is striving for, summed up perfectly in the first moment, which also reveals the show’s setting, in the early 2000’s, just over half a decade before the events of Breaking Bad. It’s even more priceless when the teens are convicted, and Jimmy’s ultimate defense nets him a mere $700. Oh, and he’s constantly harassed about parking fees by his future fixer buddy, Mike Ehrmantraut, leading to him shouting a different sarcastic insult at the former cop every time he attempts to leave the courthouse.

Better Call Saul has enough cameos and set style to root it in the Breaking Bad universe, but it’s great to see the show so effectively carve out its own distinct identity, and not lean on AMC’s former drama darling as a crutch. As with Walter White, we know that Jimmy is ultimately headed down the path to ruin, but again, the journey is what we’re interested in seeing most. Since we know the directionless Jimmy McGill is one day meant to become smooth-talking criminal attorney, Saul Goodman, the show does a great job of illustrating one of the key over-arching themes, namely whether potential is still worth exploring if it defies moral convention and abuses a system that’s supposed to protect the people. Jimmy even makes a hysterically ironic jab at some would-be clients at one point, asking why he would take a case from someone he knows is guilty. Oh, Jimmy. You have no idea what kind of future awaits you. 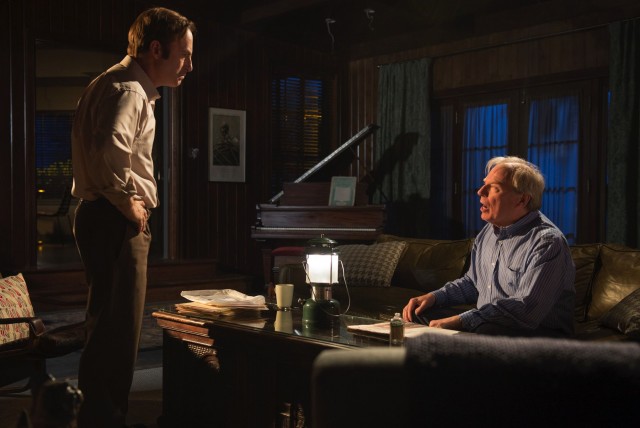 The main plot of the pilot involves a couple of skateboarders staging being hit by Jimmy’s car, and trying to extort money from him as a result. Jimmy eventually sees through their plan, and initially chases them off. When he really gets hard up for cash however, and is too proud to take the charity money from his brother’s former law office, he recruits the skateboarders to try and grift a client that rejected his services in favour of his brother’s firm. We get a brief glimpse of the man that Jimmy is destined to become, but without the edge that he’ll one day have.

Naturally, Jimmy is in over his head as well, as the skateboarders accidentally target the wrong car, which speeds off. Jimmy tries to encourage them to follow it, as a hit-and-run is a felony that can net them even more cash, but the car happens to belong to the grandmother of Tuco Salamanca, the psychotic and violent drug lord from the early episodes of Breaking Bad. This was an awesome and surprising Breaking Bad cameo that capped off the episode nicely, as things end with Tuco pulling a gun on Jimmy, and yanking him inside his house. 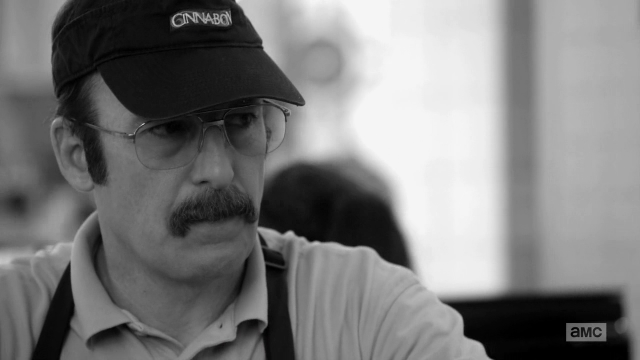 Ultimately, as I said, Better Call Saul doesn’t completely re-capture the lightning-in-a-bottle that was Breaking Bad, but it still has tons of potential, and its pilot episode is certainly quite strong. The spin-off does AMC’s network reputation proud in its debut, and while it doesn’t completely re-create the tragic portrait of another Walter White, it paints a different portrait of a separate personality on the same canvas. In a way, it’s the best of both worlds, since the show is both a welcome return to the Breaking Bad universe, yet still something that feels fresh and novel in its own right.

Given that Bob Odenkirk also effortlessly leads the show with his superb mix of comedic and dramatic talents, this first episode pretty much succeeds at everything it sets out to do. Yes, Breaking Bad fans and general TV drama enthusiasts alike, you’d better call Saul!

Pilot Review: Better Call Saul
Breaking Bad spin-off, Better Call Saul gets off to a fantastic start, thanks to a perfect mix of comedy and drama, a compelling leading man, and a story that feels both familiar and new for fans of Vince Gilligan's universe of moral grey's.
THE GOOD STUFF
THE NOT-SO-GOOD STUFF
2015-02-11
90%Overall Score
Reader Rating: (1 Vote)
100%