Metahumans and Rogues took a backseat on The Flash this week, as the plight of Firestorm came into full focus. With the S.T.A.R. Labs crew learning that brilliant physicist, Dr. Martin Stein is trapped in the body of Caitlin’s thought-dead fiance, Ronnie Raymond, the group works together to sort the situation out, even as the shaky merging of the two men leads to imminent catastrophe.

If there was one thing that this episode really did brilliantly, it was the tragic portrayal of the true stakes behind being Firestorm. Dr. Stein stumbles around, disoriented, confused, even volatile as Ronnie’s consciousness fights to regain control of his mind, while Dr. Stein’s friends and wife don’t recognize him. Likewise, Caitlin must try and look past the body of her fiance to see that it is now inhabited by a different man entirely. The character dynamics of how Barry, Caitlin and Dr. Wells all respond to Firestorm was done exceptionally, and it’s the point where the character is finally starting to leave a large impact on the show. 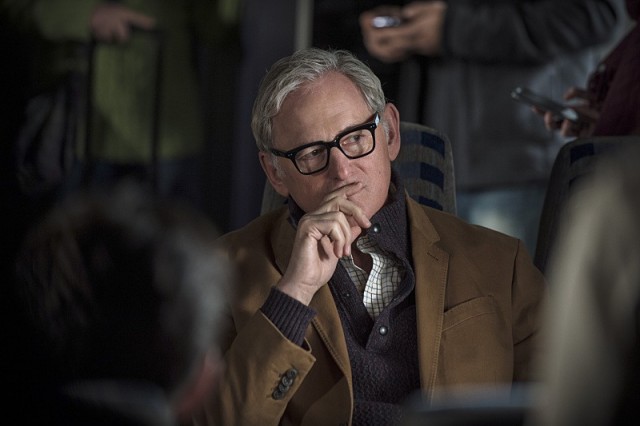 As for Cisco, he ventures off with Detective West into the old Allen house, now inhabited by a lonely divorcee that provides some comic relief in her transparent attempt to get the also-alone Detective West a little ‘looser’, to try and find more answers about the second speedster during the night of Nora Allen’s murder. Cisco deduces that the two can use photographic residue to create a hologram of the night’s events using a S.T.A.R. Labs gizmo, and through this, Detective West discovers a hidden blood spatter hidden underneath some wallpaper. The real shock however comes later, when Cisco tests the blood, and sees that it’s Barry’s! Not just Barry’s, but a Barry that would have been far older than eleven.

This is no doubt a lead-in to next week’s episode, which will officially bring time travel to the forefront in The Flash. It also raises many questions about why a future Barry was present on the night his mother was killed. Could he have been trying to save his mother? Or, is there a far more sinister possibility that Wells/Reverse Flash was not actually the one who killed Nora, and may have actually been attempting to shield her? It would explain why the red lightning surrounded Nora, since Reverse Flash could have easily just stabbed her and dashed off before anyone was the wiser. Surely, there’s a piece of the puzzle that’s still not fitting. 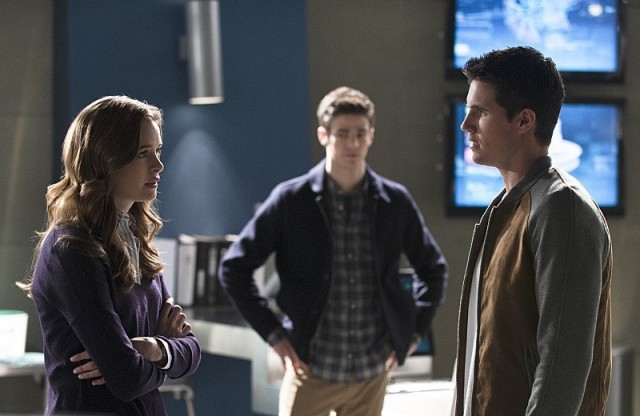 Even without villains this week though, the episode wasn’t burdened at all. The Firestorm plot also bled into Barry’s love life, with Linda Park quickly losing patience at Barry’s tendency to run off suddenly, claiming that police business interrupts him. Obviously, Linda is oblivious to Barry being The Flash, and when Iris intrudes on the situation, things only get worse. Linda believes that Barry is not serious about her, which may have been sub-conscious deliberate sabotage on Iris’ part, as her repressed feelings for Barry are even less subtle now.

Unfortunately, this does lead to more tedious Barry/Iris drama, and the show still isn’t making it very interesting. Fortunately, there isn’t too much of it, but seeing Barry and Iris squabble over something stupid, only to make up just as easily by the end of the episode, is getting pretty old at this point. On the bright side, Barry does end up back with Linda by the end of the episode, pledging never to run off on her again. Yeah, he probably won’t stick to that, but at least he’ll make a greater effort to balance his superhero career and love life, hopefully.

The final act of the episode spells trouble for Central City even without a villain however, as S.T.A.R. Labs learns that Firestorm is about to, “Go nuclear”, with the unstable molecules forming Ronnie and Dr. Stein soon leading into a chain reaction that will create a nuclear explosion, obliterating all of Central City. We see Wells go into his secret chamber to prepare to shoot Firestorm, and Firestorm himself even runs off to the neighbouring badlands to try and detonate at a minimum safe distance. 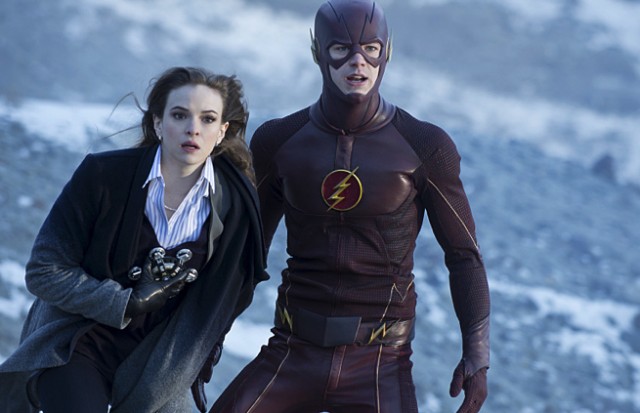 As a last-ditch effort, Barry and Caitlin use a molecular splitter to try and separate the two, or at least stabilize them, which is a not-so-subtle component to Firestorm’s gear in DC lore. The two ultimately fail to prevent a nuclear explosion, which Barry attempts to flee from with Caitlin in his arms, thus closing out the episode.

We also see that General Eiling has been watching Firestorm, and tells his soldiers to go fetch the body in a tiny epilogue bit. Well, that certainly can’t be good. 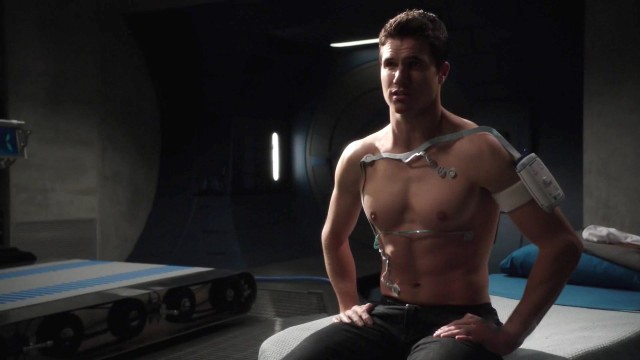 It’s great to see the Firestorm story finally carrying some real weight, with the tragic hero showcased remarkably well. The dueling psychologies of Ronnie and Dr. Stein have come into much better focus now, as does the challenging question of what exactly to do with the future superhero. Who is he? What is he? While Firestorm found some of those answers, there’s still some challenges left to overcome before he can join Barry in keeping Central City safe.

General Eiling is no doubt going to be just another hurdle on the way to the DC Television Universe’s latest saviour.

The Flash 1.13: "The Nuclear Man" Review
Firestorm was the core focus of this week's episode of The Flash, carrying the episode without a forced villain-of-the-week, and wonderfully showcasing the tragedy of both the creation and fallout of two men merging into one volatile being.
THE GOOD STUFF
THE NOT-SO-GOOD STUFF
2015-02-12
86%Overall Score
Reader Rating: (1 Vote)
87%