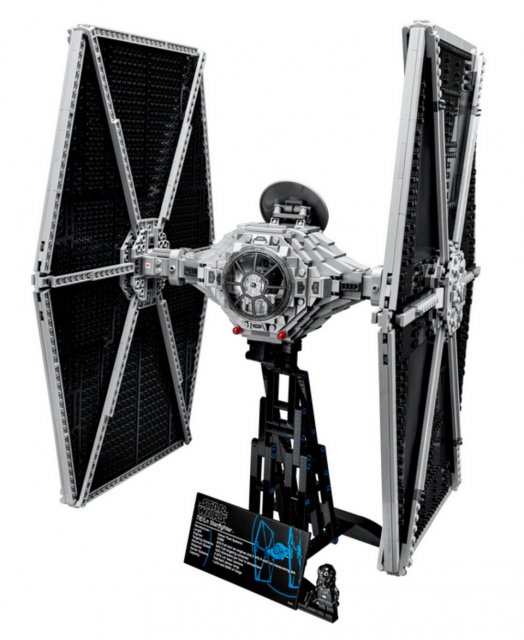 As we gear up for Star Wars Episode VII: The Force Awakens, The LEGO Group has a few new tricks up their sleeves.

The first of those tricks is the new Imperial TIE Fighter set to debut this spring. The 1,685-piece set will retail for a penny under two hundred dollars, much like its sibling, the Red Five X-wing Starfighter.

The new set is over a foot and a half tall, and just over a foot wide, making it one of the largest Star Wars pieces the company has produced. It also comes with a unique stand that doubles as a carousel to display the TIE Fighter in any position.

Included is a single minifigure, the TIE pilot as you might have guessed, which includes first-ever printed arms on a TIE pilot.

The Imperial TIE Fighter will be on display at New York’s Toy Fair through Tuesday, February 17th. The set is expected to go on sale at LEGO stores and the company’s website in May.