It’s been almost half a decade since Rock Band 3 launched, the latest entry of a franchise that once earned its seat in the triple-A gaming space alongside also-dormant rival, Guitar Hero. For those would-be rockers waiting to reunite their bands however, it’s finally time! Rock Band 4 has been announced by Harmonix at long last, and it will be exclusively coming to PlayStation 4 and Xbox One. 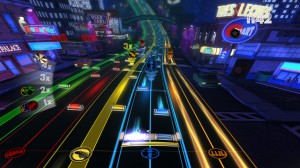 Sadly, there doesn’t seem to be a Wii U version of Rock Band 4 in development at this point, for those who preferred to jam on their Wii during the time of the previous Rock Band titles. Harmonix has also confirmed that, while the bulk of their Rock Band DLC songs will be able to be imported into Rock Band 4, there are some restrictions that players need to be aware of, namely the fact that all on-disc songs for Rock Band 3 will not be useable, nor will any songs featured in The Beatles: Rock Band, both due to licensing restrictions.

At this point, it would also appear that all-new instrument peripherals must be purchased for Rock Band 4, since the last-gen ones for Xbox 360 and PlayStation 3 naturally won’t work on the new consoles. Harmonix is offering specially coloured instruments for those who pre-order the existing Rock Band 4 bundle directly from their website, but also claims that they are working with Sony and Microsoft to find a potential solution for those who don’t want to re-buy all of their instruments for the new game. As of this point however, they have nothing to announce, and any Xbox 360/PlayStation 3 instruments won’t be useable in Rock Band 4 at all for now. 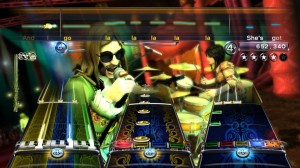 Rock Band 4 is set for launch in 2015. Harmonix has also confirmed that they will not be annualizing the series from here, as Activision once did with Guitar Hero, which, along with excessive expansions and DLC, contributed to sinking the triple-A music game genre at the start of the decade. Don’t expect a Rock Band 5 in 2016.

Keep jamming to Eggplante for all news and updates on Rock Band.