Warner Bros. Television and CBS have just released our first look at Melissa Benoist in costume for their upcoming television series, Supergirl. You can check out the first official photo below: 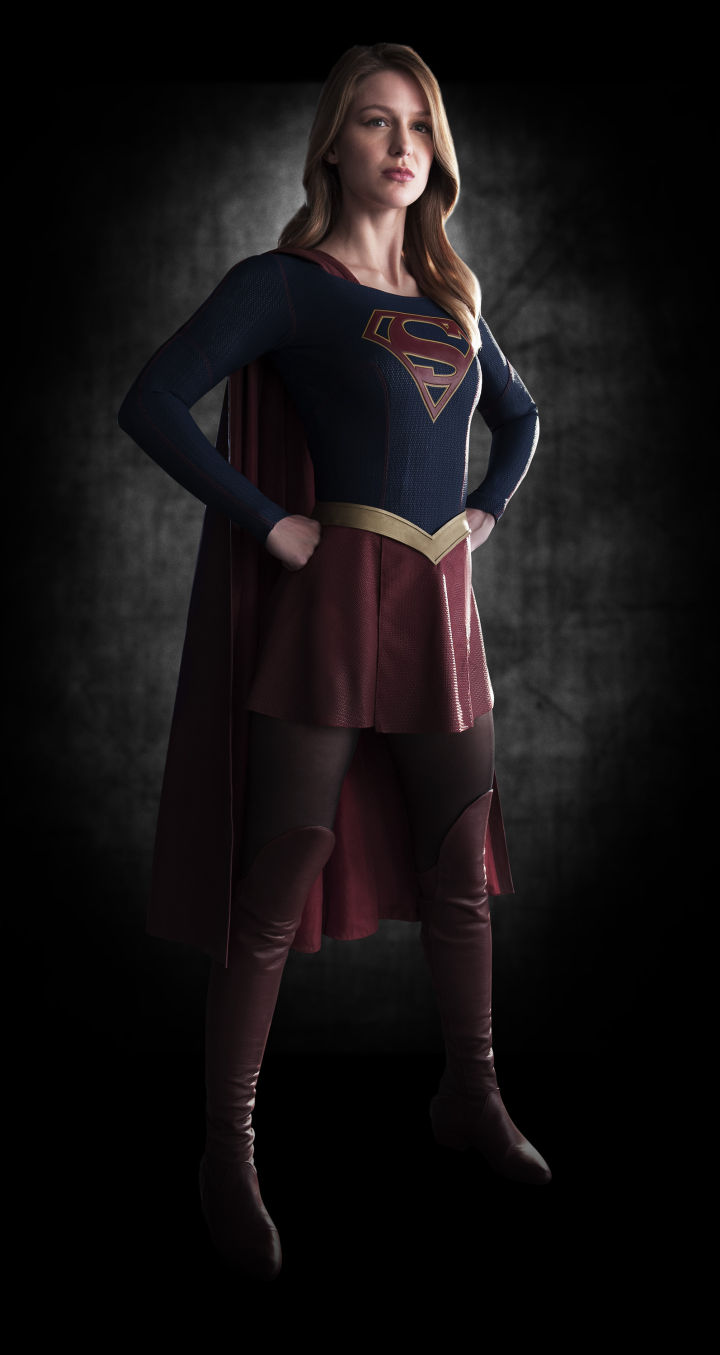 As you can see, the costume, while faithful to the design of past Supergirl live-action portrayals (and removing some of the more overtly sexualized costume design elements in the comics), feels very sleek and modern. It also harkens back to the dulled tones of Superman’s modernized outfit in 2013 blockbuster movie, Man of Steel.

Supergirl’s costume was designed by three-time Oscar winner, Colleen Atwood, who also designed the costumes for the title characters in two other primetime DC Comics-inspired shows, Arrow and The Flash, both of which air on a network co-owned between CBS and Warner Bros., The CW. Supergirl was created by a showrunner of both Arrow and The Flash, Greg Berlanti, though CBS chairman, Nina Tassler shot down crossover potential at the TCA recently, claiming that CBS is considered a separate network (despite co-owning The CW), and while it’s not impossible to have Supergirl one day join The CW’s DC Television Universe, she’d prefer to keep Supergirl self-contained on CBS for the time being.

Keep flying to Eggplante for all news and updates on Supergirl, along with any other DC television projects.