This week’s episode of The Big Bang Theory was all about relationships. Three of the four couples ended up confronting a newfound level of intimacy, with only Howard and Bernadette appearing to sit in a more passive role. That’s a bit surprising, given the fact that Howard just recently lost his mother, but perhaps it wasn’t so bad to take a break from that story arc for a little while.

The main plot of the episode, and the best of the bunch, is Sheldon and Amy deciding to adopt a turtle. When they get to the pet store however, the two end up in a fight over Sheldon filling out an application to potentially colonize Mars, without Amy’s knowledge. Amy feels that Sheldon’s planning for a future without her, with Sheldon naturally unable to grasp why Amy is so upset.

This leads to a moment where the two are about to break up (do these even resonate anymore?), but Sheldon merely chases after Amy to ask her if she’d like to live on Mars with him. This makes Amy happy and surprisingly agreeable, as it turns out that Sheldon had planned for Amy to be part of his future after all, even if it’s in a hostile, unmanned foreign planet where the chances of survival are slim-to-none. It’s sweet, in a Sheldon kind of way.

The Sheldon/Amy conflict, while it rounded off with an emotional ending, also delivered the biggest laughs of the episode for the most part. Sheldon’s reaction to a turtle bite (after a botched attempt at ‘Got Your Nose’), Sheldon blaming the tea for Amy’s anger, and Sheldon shuddering at the amount of puppies he had to walk around at the pet store were all big comedic highlights this week.

As for Leonard and Penny, they have a very interesting story arc this episode, with Leonard attempting to spice up their relationship by purchasing a gift for Penny from a sex shop, with the gift being a body canvas/body paint set, Leonard thinks it would be a great idea to see the two showcasing the results of having sex, though the result is a bland, missionary colour pattern that makes the two wonder if they’re getting old and boring. 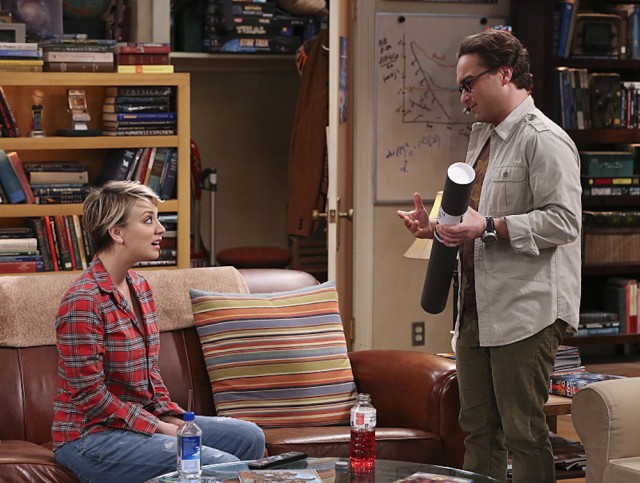 This led to some decent, albeit easy gags, though a few of the jokes elevated themselves above the rest, namely Leonard complaining about Penny not allowing him to wear safety goggles. The final resolution of this story was downright hilarious though, with the two making a massive mess of the canvas, and then being unsure of what to do with it. Penny comes up with the brilliant (and hysterical!) idea to give it to Sheldon, claiming that William Shatner painted it, and Leonard enthusiastically agrees. Even with so many winning jokes from the Sheldon/Amy arc, this was another highlight laugh for this episode for sure!

Getting the short end of the stick was a Raj/Emily conflict, disappointingly, since Emily feels like she’s still on probation as Raj’s recurring love interest for the series. After Emily steps out upon getting Raj over for a sleepover, Raj snoops around her nightstand, and accidentally breaks a drawer (rather impractically), leaving Howard and Bernadette to try and coach him through fixing it. Naturally, Raj is unsuccessful, and fesses up to Emily right away, though this only results in a fight.

As you can see, this whole plot arc is kind of reaching. Raj being compelled to snoop around doesn’t really make sense, given his passive personality when it comes to women (which is still there, even if he can now talk to them sober), and Emily turning the whole affair into a full-blown fight felt kind of excessive, especially when Raj was honest about it. The two just end up having make-up sex in the next scene anyway, and all is forgiven, making this subplot just feel like it was eating up runtime in the end. Oh, and on that note, Emily’s macabre sense of humour really needs to be dialed back. I get that her subtle creepiness is supposed to be the joke, but it feels like the writers have only given her one character trait, a love of horror, and then just keep latching on to it because they have nothing else. It’s getting a bit tiresome at this point. 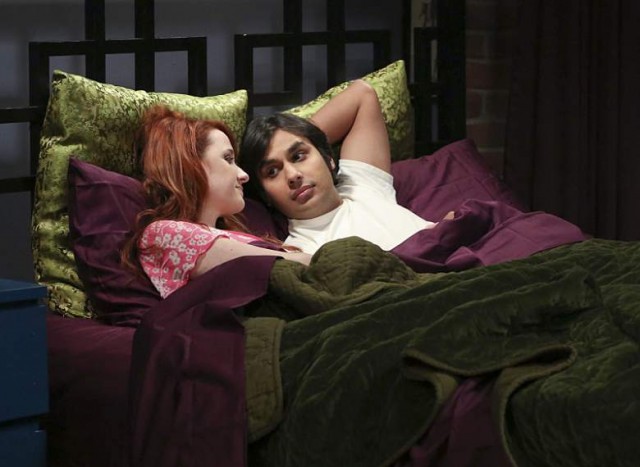 Still, “The Colonization Application” was a pretty good episode overall, and two of its three plots felt well-executed. We’ll no doubt never see Sheldon and Amy go to Mars, but like Amy’s Little House on the Prarie fan-fiction, it’s fun to wonder about exactly how that would work.