The world of The Walking Dead is officially getting bigger. AMC has just confirmed that they have ordered two initial seasons of the planned ‘companion’ spin-off to their ultra-popular post-apocalyptic drama, currently the most watched drama show on television. The first of these two seasons will also begin airing this very Summer, in 2015, with the second set to air in 2016. As with the first season of the main series, the initial season of the spin-off will consist of merely six episodes.

The spin-off, which is still without an official title (but is referred to internally at AMC as, “Cobalt“), stars Cliff Curtis, Kim Dickens and Frank Dilane, and will be set in Los Angeles, unfolding in the same universe as AMC’s main The Walking Dead series, which largely takes place in Georgia. While the main series loosely follows the events of the source comics by Robert Kirkman, Tony Moore and Charlie Adlard, this new spin-off will tell an entirely new story made for the universe of the TV series, just as Telltale’s companion The Walking Dead adventure games create all-new stories with different characters set within the universe of the source comics.

In celebration of AMC ordering the spin-off, the first official image has also been released, which you can check out below: 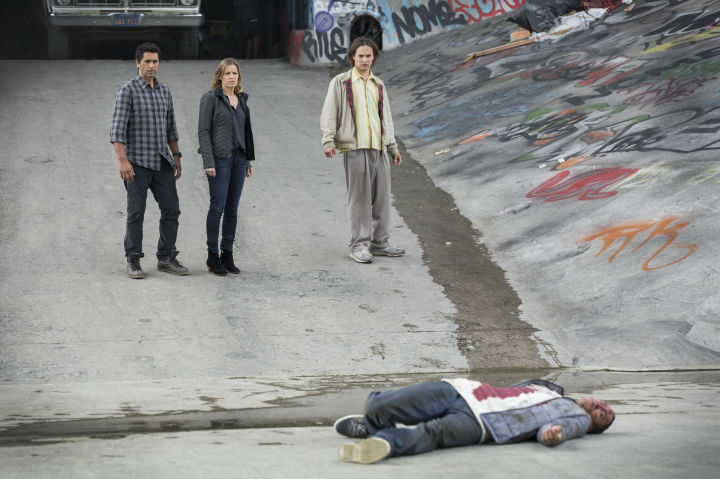 The Walking Dead airs on Sundays, at 9:00 P.M. EST, on AMC. It will soon wrap its fifth season at the end of the month. It’s currently unknown if the spin-off series will occupy the same timeslot this Summer.