“Forget” had Rick’s survivors start officially settling into Alexandria, the apparent paradise that appears at first glance to be their final stop on the treacherous journey through the zombie apocalypse. Even then however, trouble is finding a way to seep in, as Rick’s crew themselves may end up being the villains that lead to Alexandria’s undoing as a future haven for humanity to rebuild.

The episode did a great job of tapping at this bubbling darkness underneath the surface, as Deanna continues to assign jobs, and Daryl continues to struggle to find his place in the community. Likewise, Rick and Carol are also conspiring to stay vigilant, as their group becomes more and more assimilated into Alexandria.

Rick proved especially compelling this episode, as he’s not wrong when he says that Deanna is probably being too idealistic with her goals for the community. Rick is correct when he says that the community needs a defense, but he also seems incorrect at the same time, because it feels like he can’t argue with Deanna’s vision for how humanity can prosper within the walls of Alexandria. It leaves room for the viewer to decide how much Rick is in the right when he tells Deanna to be more defensive, and make the community more militant.

That said however, where “Forget” stumbles a bit is in its first half especially, which is very slow-paced and boring. Perhaps that’s the idea, since the survivors seem to have found a lasting peace that means they can finally relax (for now), but for the viewer, it leads to an episode that feels like it’s plodding along at a snail’s pace. The intentionally mundane chatter and community buzz does help to develop Alexandria as a functional community with a clear history, but that doesn’t make it any more interesting to listen to.

Around the halfway point however, the episode picks up, namely with Deanna throwing a party to officially welcome Rick’s group. Slightly beforehand, Daryl ends up hunting with Aaron, with the two having an interesting discussion about being outsiders, right as they try to wrangle a horse that Aaron has been hoping to bag for a while. The horse is unfortunately lost to Walkers, though Daryl’s line about the horse not running because it knew Aaron was trying to help it was nicely ominous, given that Daryl is one of the conspirators potentially threatening to take Alexandria, should the existing community fail to defend itself. 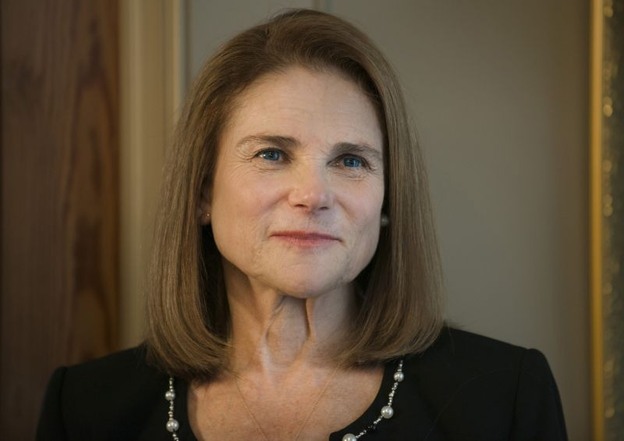 Even then, Daryl is invited to a private dinner with Aaron and Eric, who show him a garage full of parts that Daryl can possibly build into a motorbike. This appears to be sparking a bonding moment between Daryl and Aaron (and will no doubt fuel the fire of fan speculation with Daryl possibly being a closet homosexual), and it will be interesting to see how this plays out, particularly with Season Five now entering its final handful of episodes this month.

The dinner party was fine and good, with plenty of drama being teased for as soon as next week. Rick gives Jess a not-so-clever kiss on the cheek, Sasha has an outburst when she’s shown hospitality, and Carol sneaks off to continue grabbing guns that she believes Alexandria will never actually use.

All three of these sequences lead somewhere interesting, and inject more life into what’s otherwise a pretty slow-paced episode. Jess walks away from Rick’s kiss without really saying much of anything, leaving that situation nicely ambiguous. On Rick’s end, it was intriguing to see him reach for his gun as Jess is walking by with her husband, before instead turning to lay a hand on the walls, with a Walker symbolically right on the other side. Yeah, Rick definitely isn’t stupid enough to murder a spouse in cold blood just for his wife, but the fact that this thought crossed his mind goes to show that he’s a much more self-serving man, now that he’s been forced to lead the survivors in the wilderness for quite some time.

Sasha’s desire to isolate herself from the community is understandable to a point, but like Rick’s distrust from a couple of episodes ago, the show is hitting the nail a little too hard here. As Deanna says, Sasha’s trauma from losing Bob and Tyreese so close together is understandable, but she really does need to lighten up. She’s starting to cross from being tormented to just being immature. I could sort of understand that behaviour from a younger character like Carl, or Beth if she were still alive, but Sasha’s definitely old enough to know that being nasty to everyone clearly isn’t going to solve anything. If she has this much of a death wish, AMC just needs to kill her off, since she’s no doubt getting on viewers’ nerves by this point.

By far the highlight scene of this episode however is a tense interaction by Carol with Jess’s little son, Sam. Carol threatens Sam never to tell anyone that she was taking guns, or else he will wake up tied to a tree, where no one will hear him scream, and then goes on to describe an excruciating death of being devoured by walkers, to a small child. Jesus, Carol! It was an awesome scene, but damn, that kid is going to be scarred from that conversation! 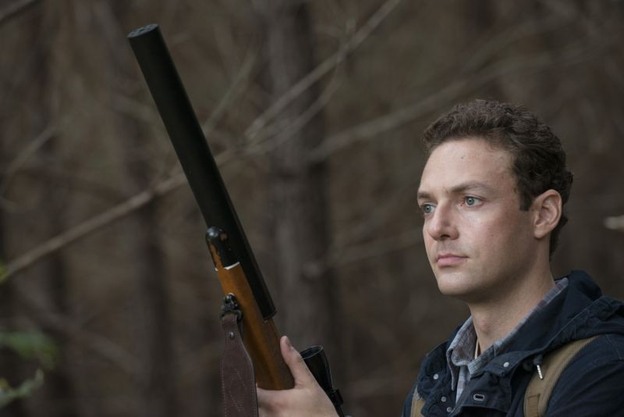 “Forget” took a little while to really get going, but when it did, it delivered another wonderfully dramatic offering for the series, despite the survivors appearing to be out of danger. It looks like the danger may be our protagonists though, who are hopefully not a fatal mistake for Alexandria, as this season gradually winds down to a close.

The Walking Dead 5.13: "Forget" Review
The Walking Dead started off a bit dull this week, but really amped up in its second half with some superb highlight drama, begging the question of whether the biggest danger to Alexandria is Rick's crew themselves.
THE GOOD STUFF
THE NOT-SO-GOOD STUFF
2015-03-09
78%Overall Score
Reader Rating: (1 Vote)
100%