NOTE: Full spoilers for the pilot episode of iZombie are present in this review

Yet another DC-published comic book adaptation series has joined The CW, this time from DC’s mature graphic novel imprint, Vertigo. iZombie comes to us from the brains (hurk, hurk) behind Veronica Mars, and, while it’s a pretty loose adaptation of its graphic novel source material, to the point where the lead protagonist has even undergone a name change, the show has proven to be perhaps one of the most enjoyable dark horse successes to come out of this TV season!

It’s unsurprising that The CW left iZombie for midseason, despite the high quality of its first episode, since its concept is a lot more ambitious than even something like The Flash. Simultaneously a detective story, a young adult drama, and a superhero story of sorts, iZombie is a wonderful concoction of unrepentant geekery, and while the show could easily be considered more light-hearted than the source comic, it works in the service of making it fantastically entertaining to watch. 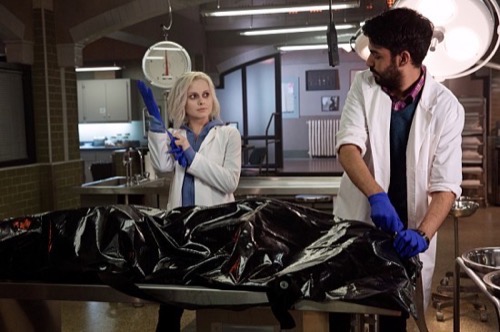 iZombie tells the story of Liv Moore (hardy har, get it?), played by former Power Ranger, Rose McIver, who, at the start of the pilot, is an ambitious and over-achieving medical resident, well on her way to being a highly successful heart surgeon. Liv has a fiance, a great job, a supportive family, and seemingly everything she could ever want. What she doesn’t have however, is the approval of her colleagues, that is, until her fiance convinces her to go to a boat party (that’s a thing?), where she will hopefully get better at not being so work-obsessed.

Of course, everything goes belly up, when the party is crashed by some cannibalistic, deranged drunks, and Liv is knocked off of the boat after one of them scratches her. Waking up ashore in a body bag, Liv manages to survive, and then the show fast-forwards about six months, where she’s lost all of her complexion, her hair has turned white, and she’s generally become very shiftless and unmotivated.

Apparently, Liv has become a zombie, but not the kind of zombie you would expect. Liv is still perfectly able to function and blend into society, with everyone oblivious to her ‘condition’. The only price is that Liv must eat a brain every so often, which she conveniently has plenty of access to after taking a job at the local morgue, lest she lose her composure, and turn into a more typical, flesh-hungry undead-type.

During the events of the pilot, Liv only manages to confuse her family and ex-fiance into thinking she’s just become aimless and apathetic after her traumatic incident at the party, but her coroner buddy, Ravi, played by Rahul Kohli, manages to figure out that Liv is a zombie, and busts her eating a brain in front of some television while on the job. The scenes of Ravi asking inane questions about zombiedom is pretty amusing, and it helps to give the show a nice tongue-in-cheek comic book vibe. In fact, it’s great to see that the pilot is so proud of its comic book heritage, with even the post-commercial establishing shots and show intro unfolding as comic book panels.

Liv’s brain-eating habits are also where the pseudo-superhero element comes in. Apparently, when Liv eats a brain, she inherits a dead person’s personality and memories. This allows her to witness how murder victims came to meet their end, allowing her to pose as a psychic for a new detective, Detective Clive Babineaux, played by Malcolm Goodwin, who is trying to solve the murder of a Jane Doe that just rolled into the coroner’s office. Apparently, the woman was a call girl, and when Liv learns that she is murdered over her kleptomania, she attempts to help Babineaux track down the killer.

Again, the way that the show plays with Liv’s inheritance of someone’s personality is pretty amusing to watch. In a later scene, she awkwardly walks into the police station, placing random items back that the viewer didn’t know she was carrying, referencing that she’s inherited her victim’s kleptomania. This also allows her to get a lead on the real perpetrator, a nasty detective cheating on his wife, who killed the girl because his wedding ring was stolen, and his wife is a pretty nasty person, apparently. It’s a pretty exaggerated and silly reason for murder, but again, it sort of fits in this bizarre, tongue-in-cheek new world. 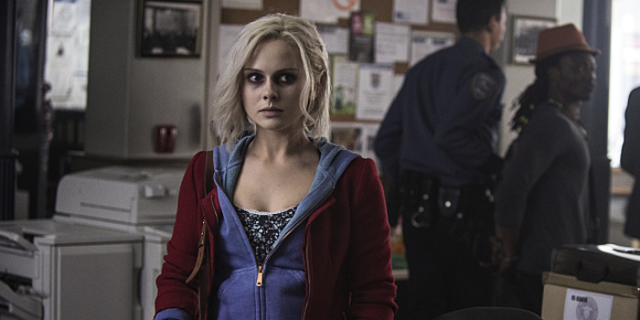 When Babineaux and Liv go to stop the detective and free his prisoners, Liv manages to grab on to the guy’s fleeing car, and is shot as she rams the car into a tree, leaving the perp for Babineaux to arrest. Here, we get another interesting fact about Liv, the fact that she’s perfectly fine after getting shot. We know that Liv is a zombie, and would no doubt survive a gunshot wound to her chest, but her fib to Babineaux about the incident still sets up for a promising recurring gag of Liv having to constantly explain her supernatural luck to a grounded cop that has no idea that he’s interacting with an undead woman.

Having discovered a use for her zombie state, after the frustration of her family, and her fiance moving on with a different woman (nice unsubtle in-show advertising of Dying Light in this scene, Warner Bros.), Liv finds a new lease on life, or, death, and decides to accept her new role as the ‘psychic’ coroner. Thus begins what is a surprisingly great new series for The CW. 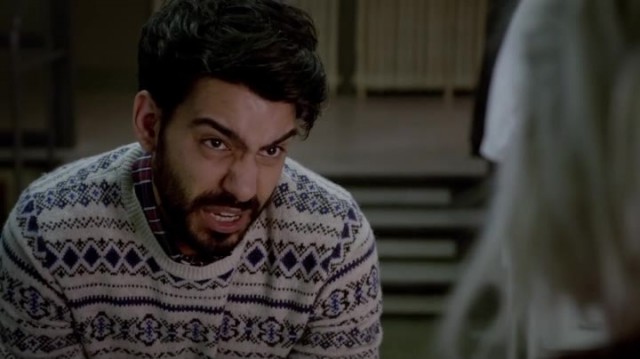 iZombie comes together into a new show that is just incredible fun to watch. Everything is witty, interesting and surprisingly heartfelt, despite the show clearly not taking itself altogether seriously. It’s another winning formula for a comic book-inspired TV series, even if it doesn’t follow the source comic very closely, and creates something that feels familiar for fans of both comics and/or zombies, but also very fresh and novel on both counts, which is all the more appreciated in two of the most heavily saturated modern avenues of geek entertainment.

For a show about a dead woman, this new series looks like it’s already going to have plenty of life in it!

Pilot Review: iZombie
iZombie provides an incredibly enjoyable new spin on both zombies and superheroes, creating a light-hearted mystery drama that is as engaging as it is creative for its debut episode.
THE GOOD STUFF
THE NOT-SO-GOOD STUFF
2015-03-18
90%Overall Score
Reader Rating: (1 Vote)
90%