As much as intrigue and espionage are a big part of what makes S.H.I.E.L.D. appealing, there’s no denying that a good Marvel villain mash-up is always a great reprieve from so much shadows and secrecy. That’s what we got this week with “One of Us”, an episode that shifted focus away from some of the Inhuman drama, and instead simply tasked Coulson and his crew with neutralizing a merry band of super-powered douche bags. Ah, it’s the simple things that are most enjoyable sometimes…

Regardless, “One of Us” was a pretty fun episode, and made up for some of the heavy drama that’s been playing out since Agents of S.H.I.E.L.D. returned from its especially lengthy Winter hiatus at the start of the month. It still covered some of Skye’s struggles when it comes to getting her earth-shaking powers under control, but it was actually Skye’s father, Cal that stole the spotlight this week. 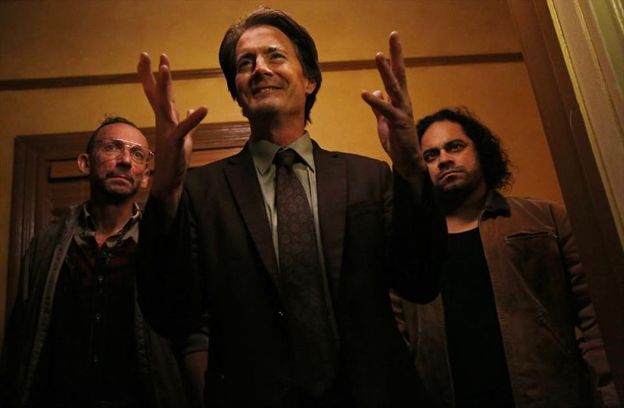 As usual, Kyle MacLachlan proved immensely entertaining to watch as Marvel’s Mister Hyde, and his talk of using chemistry and science experiments to better himself more blatantly referenced his heritage as the Marvel Comics villain this episode. Cal’s vaguely deranged goofiness gave a lot of Marvel-friendly levity to the action, as he rallied a team of super-powered psychos to menace Coulson’s hometown in Wisconsin, in an effort to try and get Coulson’s crew to give up Skye to him.

Helping Cal wreak havoc were some original baddies (one of which was a strangely modified version of a bit Daredevil character), along with Marvel Cinematic Universe interpretations of two lesser-known Marvel Comics baddies, Angar the Screamer, and Ajax, specifically the second incarnation of Ajax. In fact, seeing this ragtag band of C-list villains coming under the unhinged mantle of Mister Hyde in a small country town felt like it harkened back to an episode of DC Universe-inspired series, Smallville, only with Coulson’s team saving the day this time, and in the Marvel Universe instead. This also leads to a pretty decent climactic battle, with Coulson, May and Bobbi all taking on Cal’s villains, and neutralizing them in some cool ways. 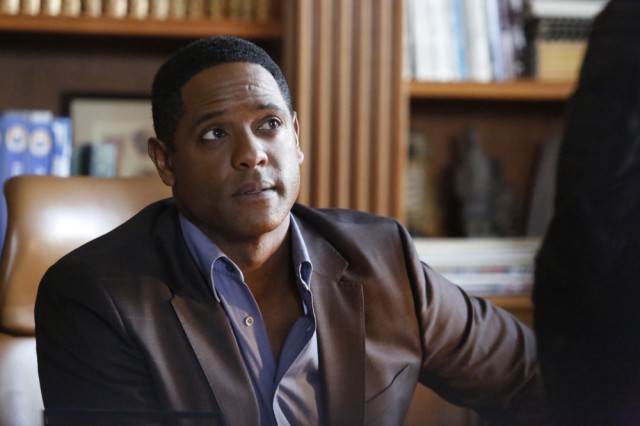 Beyond the fun with Cal, this episode also introduced May’s estranged ex-husband, Dr. Andrew Garner, who apparently worked as a therapist for super-powered individuals. Coulson commissions May to get her former spouse to assist Skye, who is struggling to get her powers under control, though they are still triggered by things like nightmares, without her consent.

The introduction of Andrew helped to add just the right bit of added depth to May’s mysterious backstory. There’s even a sweet scene where Fitz stumbles upon the two joking and laughing, and even talks to Simmons about it, hopefully bringing these estranged friends that much closer as well. Skye even tries to forego therapy in order to prod Andrew about his wedding to May so many years ago. I must say as well that her suggestion that Andrew show her an inkblot, and she’ll tell him about her first time having sex, was pretty damn funny.

Fortunately, the show didn’t force a complete reconciliation between Andrew, May and their issues, though it did leave the door open for Andrew to return to the show at some point, which is appreciated. It was also cool to see Skye starting to get a grip on her abilities, even if progress is inevitably going to be slow. Rome wasn’t built in a day, though it will be interesting to see how much of a bruiser Skye will potentially become in possible later seasons, depending on when she gets her Inhuman powers properly under control. 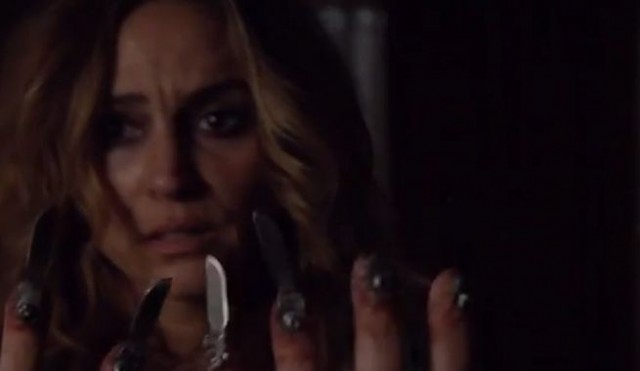 Lastly, Hunter awakens under captivity by Mack, with Bobbi having to try and explain their absence to Coulson. By the end of the episode however, we see just what Bobbi and Mack have actually been up to; Working for the, “Real” S.H.I.E.L.D.. Oh boy. This will no doubt present some juicy teases for Avengers: Age of Ultron on the big screen in May, at least where Nick Fury is concerned, and it will be interesting to see if this other secret branch of S.H.I.E.L.D. will be friend or foe to Coulson’s branch.

Also worth questioning on this note is the mysterious Inhuman man with no eyes, who ends up seizing Cal before S.H.I.E.L.D. can properly deal with him during the climax. Leaving Cal in captivity, the teleporting man claims that Cal is being captured because he is, “Making too much noise.” The episode then ends with Cal marching off to see whoever commands the eye-less man. Ominous? Oh, you betcha! 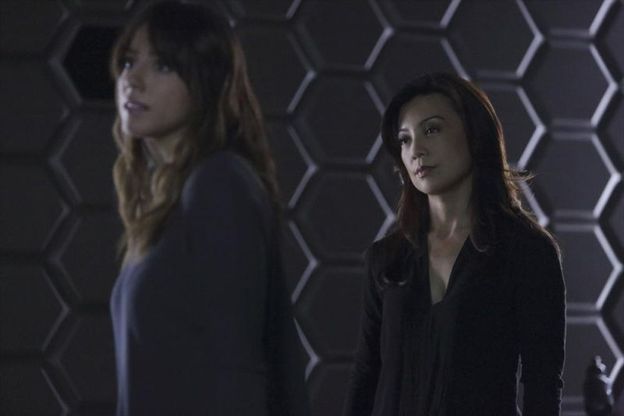 “One of Us” felt more distinctly light-hearted and popcorn-ish than the past couple of episodes for Agents of S.H.I.E.L.D., but that’s alright, since it gave a bit of a light-hearted break to the rather dark introduction of the Inhumans to the Marvel Cinematic Universe. There was still some drama on the Inhuman end with Skye, plus that mysterious tease with the eye-less man and Cal at the end, but fortunately, this episode just gave us a cool villain dust-up to enjoy. Like I said, sometimes it’s just about enjoying those little comic book-flavoured pleasures…