After a lengthy Spring hiatus, The Flash returned with a very busy episode, jam-packed with large-scale plot developments. The biggest of these is Barry’s first-hand introduction to time travel, along with perhaps the biggest piece of the Harrison Wells mystery.

Things hit the ground running with the long-awaited introduction of Mark Mardon, brother to the weather-bending villain of the pilot, Clyde Mardon, and the real incarnation of Weather Wizard, a recurring antagonist of The Flash in DC Comics. Former Spartacus lead, Liam McIntyre portrays Mark (boy, the DC Television Universe is collecting Spartacus alums even on The Flash now!), who has even stronger weather-manipulating powers in contrast to his late brother, and is naturally out for blood, now that he’s awoken from his plane crash-induced coma. 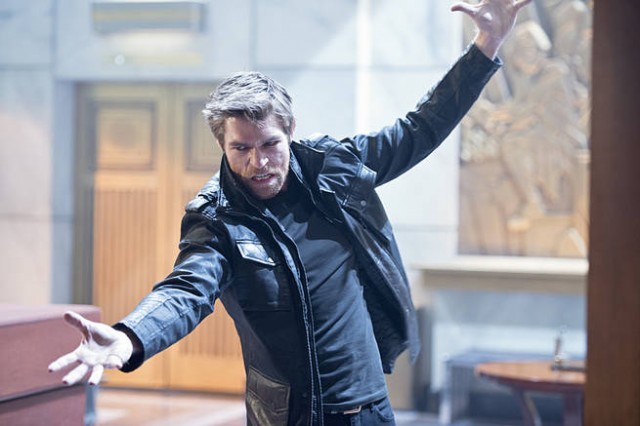 After learning that Detective West was the one to do in Clyde during the events of the pilot, Mark begins a vendetta to capture West and make him suffer. Unfortunately, as cool as some of his weather-manipulating powers are, between the ability to command lightning bolts, hurricane winds and killer hail stones alike, this also makes him a pretty flat, one-dimensional villain at this point, much like Clyde was. It’s disappointing, since the show has generally done an acceptable job of making Flash’s regular rogues more interesting characters. Hopefully, Weather Wizard gets a little more interesting in subsequent portrayals.

Regardless, while Barry is dealing with Mark’s rampage, he encounters another version of himself, which initially confuses him. This actually makes for a pretty cool wrap-around at the conclusion of the episode, where Barry must try and stop a tsunami generated by Mark from hitting Central City by running back and forth, which causes him to accidentally travel backwards in time, and encounter… himself! Pretty cool, and a neat way to bring Flash’s ability to time travel into the show’s events. 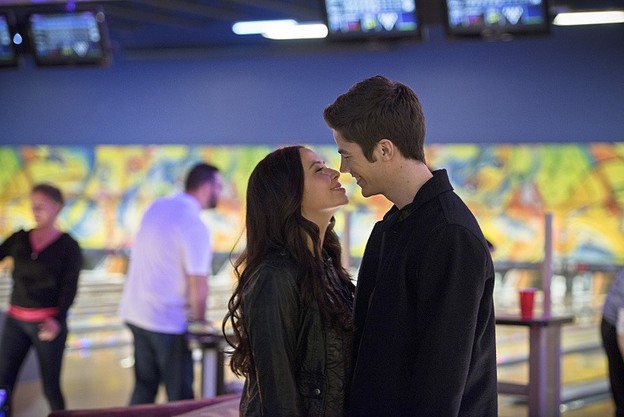 It’s a good thing too, since not only does Barry fail to stop the tsunami in the future (potentially leaving the door open for a dark alternate timeline to come up later), but Cisco also learns of Harrison Wells’ true identity as Reverse Flash. Not only that, but Wells also finally clarifies the mess of DC fan theories about who he actually is; None other than Eobard Thawne, descendant of Eddie Thawne from many years in the future, and Flash arch-nemesis, Professor Zoom! Yes, Wells is the big bad himself, not The Rival, or a separate speedster. He also reveals that his traveling back to the past was not to kill Barry’s mother, but Barry himself! Nora was apparently collateral damage.

Why Wells/Zoom needed to kill Barry is unknown at this point, but he reveals to Cisco that his whole reason for helping and guiding Barry is so that he can maximize Barry’s powers, and give Wells/Zoom the means to travel back to the future, after he ended up marooned in the present, following his mission to kill Barry in the past. Wells/Zoom then does the unthinkable, and kills Cisco! Yes, Cisco is dead!… Or he would be, if the show didn’t send Barry back into the past. It’s no doubt that Cisco’s death will be undone in the very next episode because of this, but the fact that Cisco was murdered by his mentor continues to speak to just how twisted Wells/Zoom actually is!

The reveal of Wells as Professor Zoom was easily the highlight of the episode, and helped to compensate for more tedious romantic drama with Barry. Barry is forced to reveal his secret identity to Iris right before he speeds off to stop the tsunami, but again, given that Barry ended up back in the past, this will no doubt be undone in the next episode, as will the passionate kiss that they shared. What won’t be undone however is a bunch of annoying, catty dialogue between Iris and Linda, since Linda’s noticed Iris’ jealousy. Hell, even Eddie gets all dick-ish and possessive to Iris over her behaviour with Barry. Yes, DC fans know that Barry and Iris are meant to be together, but surely the show’s characters can act a lot less childish about the bond these two lifelong friends would clearly share! 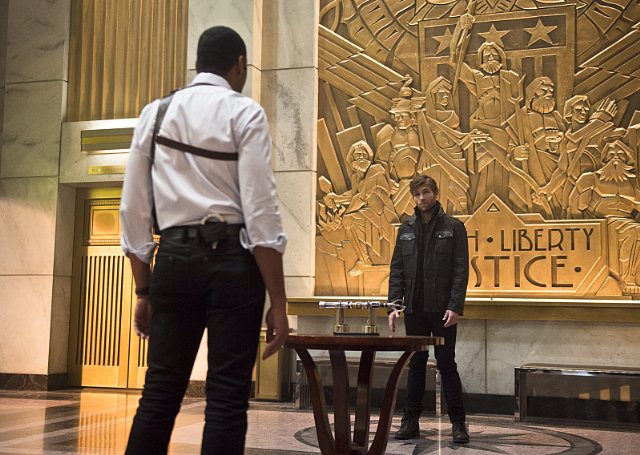 Overall, “Out of Time” was a very cool episode that led up to some truly mind-blowing moments at its conclusion, even if the journey there was sometimes more of a slog, especially where Linda and Iris are concerned. Still, it’s great to have the show back after its month-long Spring hiatus, and with Barry getting his first taste of time travel, things are continuing to ramp up for this highly entertaining superhero drama!

The Flash 1.15: "Out of Time" Review
The Flash ended its month-long break with tons of big developments, with most being immensely appealing to see, even if the romantic drama is still a tiresome chore.
THE GOOD STUFF
THE NOT-SO-GOOD STUFF
2015-03-18
85%Overall Score
Reader Rating: (1 Vote)
85%