At this point in the first season, we’re starting to get a good sense of what could make a struggling defense lawyer like Jimmy McGill place himself on the path of the crooked, smooth-talking Saul Goodman. After suffering another big setback this week, Jimmy’s struggle continues within a world that actively doesn’t seem to want him to be the hero.

After the events of last week’s episode, with a standout showcase of Mike Ehrmantraut’s backstory, the show once again moved focus back to Jimmy, who has come back into contact with the Kettlemans, after they dismiss Hamlin, Hamlin and McGill, namely Kim, who tells them that their only option is a plea deal for reduced jail time. Still stubbornly maintaining the guise of innocence, the Kettlemans come to Jimmy in hopes that Jimmy will get Mr. Kettleman completely exonerated, now taking advantage of their claim that Jimmy is exactly the kind of lawyer that guilty people hire. 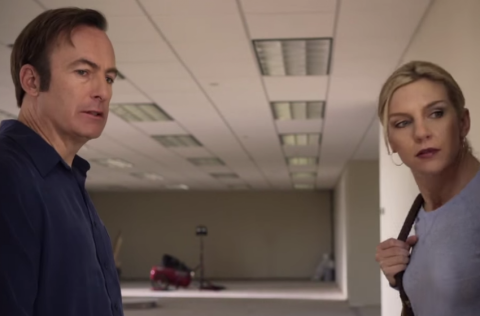 Naturally, Jimmy is disinclined to help the Kettlemans, particularly when he gets wind of their dismissal of Kim. Despite his hatred of Hamlin, Hamlin and McGill, Jimmy tries to talk the Kettlemans into taking the plea deal that Kim laid out for them, but is unsuccessful.

Here however is where things get very exciting for fans of Breaking Bad. Since Mike owes Jimmy a favour, due to his help with the notebook after last week’s episode, Jimmy talks Mike into secretly breaking into the Kettlemans’ house, using an ultraviolet-dyed money trap, and stealing their big stash of cash, the decisive evidence of their crimes. Mike calls the two square afterward, but naturally, Breaking Bad fans know that this is just the beginning of Mike being Jimmy’s fixer, when he eventually takes up the mantle of criminal attorney, Saul Goodman.

In any case, when Jimmy confronts the Kettlemans, and reveals that he sent their money over to the DA’s office as irrefutable proof of Mr. Kettleman’s guilt, he backs them into a corner, forcing them to take Kim’s deal. Unbeknownst to Kim however, Jimmy sacrificed his bribe to give Kim her case and standing at the firm back, sacrificing his chance to expand to a bigger, better office, and being left with nothing, even when he attempted to do the right thing. The episode simply ends with Jimmy taking another call in the empty space that would have been his office, left with nothing else to do but press on. 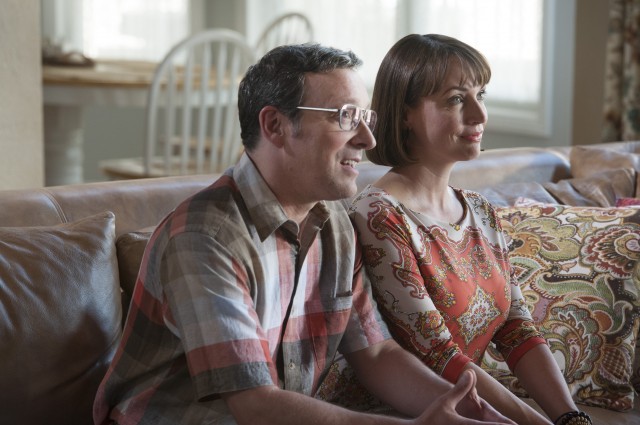 The show has touched on this theme before, mainly in the fourth episode, “Hero”, though that ended with a slight throwback to Jimmy’s history as a con artist. This time, there is no victory. There is bittersweet resolution that leaves Jimmy with even less than he started with. It’s enough to make a man wonder if being the hero of the story is really all it’s cracked up to be.

Of course, the show is still superb in its latest offering, even if, “Bingo” expanded on a common idea from some earlier episodes. It’s perhaps the least remarkable episode that Better Call Saul has delivered so far, merely focusing on the payoff to story arcs raised before, but even then, the show is brilliant and highly provocative. The fall of the Kettlemans was darkly satisfying to see unfold, just as Jimmy’s struggle with being screwed by his own integrity continued to poke at his inevitable, tragic future as Saul Goodman. 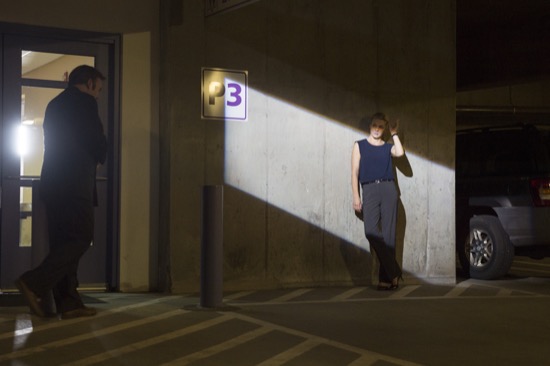 The only sentiment that one can be left with here is for the show to keep up the good work, but given that Better Call Saul has so effortlessly carved out its own compelling niche in the Breaking Bad universe, further assurance that its vision is no fluke is never unwelcome.

Better Call Saul 1.7: "Bingo" Review
Better Call Saul simplified itself this week to wrap up the story of the Kettlemans, but it also effectively teased Jimmy's inevitable rejection of integrity, and Mike's future as a Breaking Bad fixer.
THE GOOD STUFF
THE NOT-SO-GOOD STUFF
2015-03-17
87%Overall Score
Reader Rating: (0 Votes)
0%