NOTE: Full spoilers for this episode of Arrow, including a major character death (?), are present in this review

After the big twist of Ra’s Al Ghul framing Oliver for killing criminals again, a la his behaviour as, “The Hood” in Season One, “Suicidal Tendencies” took on the unenviable task of having to run with two rather large storylines. Seeing as this is the episode set to feature Diggle and Lyla’s wedding, Diggle and the rest of Team Arrow branched off with separate conflicts; Oliver, Felicity and Arsenal trying to stop the false Arrow, while Diggle and Lyla are set to enjoy their honeymoon in Fiji…

… But naturally, that doesn’t happen. After the two get into a limo that just happens to have Deadshot riding along, Diggle and Lyla are whisked over to A.R.G.U.S. HQ so that Lyla can receive a new mission from Amanda Waller. Apparently, a U.S. senator has gone and gotten himself snatched by terrorists in fictional DC Universe country, Kasnia, and Lyla needs to join up with the Suicide Squad to get him back. Since Diggle refuses to leave Lyla, he tags along, with Deadshot and Cupid rounding out the rest of the team. 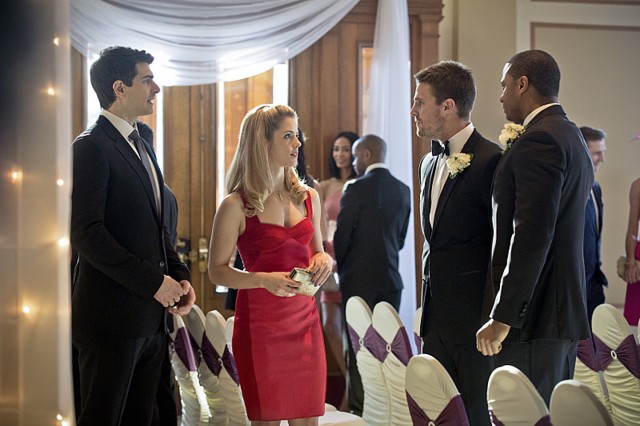 Yes, this new version of the Suicide Squad is a little bare-bones, with only two actual villains this time. Deadshot may be a frequent flier with the Suicide Squad in all DC media, but Cupid is a more novel addition. As with her prior appearance this season, she’s fun and sickly adorable to watch in action, and her tendency to fall instantly in love with whoever saves her in a fight is actually pretty hilarious, especially after Deadshot ends up on the receiving end of her affections later on.

Speaking of Deadshot, this episode did something very interesting with the flashbacks, and gave us a welcome break from Oliver and Akio just running around Hong Kong, dodging A.R.G.U.S. Instead, the flashback sequences centered on a pre-Deadshot Floyd Lawton, a highly accomplished military sniper who became abusive after struggling with PTSD. Following his wife getting a restraining order against him, Lawton is recruited by the villainous organization, H.I.V.E., who contract him to assassinate Diggle’s brother, Andrew. Oh boy. Still, it’s awesome to get our first tease of H.I.V.E., a big antagonistic organization in DC lore, after Deadshot dropped the name during the Suicide Squad episode of Arrow’s previous season.

Despite that incident, Diggle appears to officially bury the hatchet with Deadshot, which doesn’t amount to much when the senator is revealed to be crooked, hiring mercenaries to stage a heroic rescue in a bid for presidency. After some action scenes, Deadshot acts as a decoy so that his fellow team members and the hostages can escape, becoming engulfed in an explosion and apparently killed. Yes, Deadshot is no more… Or so the show claims. It’s possible that this death may stick, though lest we forget, Deadshot survived an arrow through his eye during Arrow’s first season. Given that, and the character’s tendency to fake his death in all manner of DC lore, there’s a chance that we may see the character again, though I’m dying to hear the explanation of how he got out of that jam.

All of the action is enough to convince Diggle to leave Team Arrow by the closing bits of the episode. That’s pretty big, and it will be interesting to see how Oliver, Felicity and the rest react to that news. It’s doubtful that the show is dropping Diggle, and he’s flirted with the idea of leaving the team before, always coming back in the end. Will he stick to that decision? Who knows.

As for Oliver’s end, the group tries to stop the false Arrow, only to find that the League of Assassins has employed more than one impostor. Even Maseo himself is taking up the guise of The Arrow, closing out the episode by murdering city officials as he aims at Felicity next. It’s a pretty tense cliffhanger that will definitely leave audiences eager to tune in next week!

Outside of the League however, Ray also uses his A.T.O.M. suit to learn Oliver’s identity as The Arrow, almost pathetically easily, and challenges Oliver directly, after Laurel blocks Ray from challenging Oliver on legal grounds. This is unsurprising, since Oliver was already found innocent of being The Arrow, and Ray has no actual admissible evidence to support his claims, as Laurel quickly (and accurately) points out. 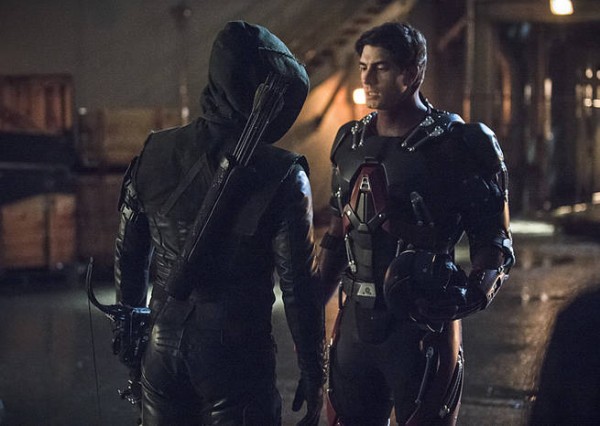 Ray attempts to fight Oliver with his A.T.O.M. suit, only for Oliver to easily disarm Ray, and tell him that Felicity trusts him, and he needs to earn that trust better than Oliver ever did. This leads to an immediate change of heart (and a hilarious off-screen moment where Oliver presumably left an unconscious Arsenal behind, after he was blasted with some magic A.T.O.M. lightning), and Ray abandons his vendetta against Oliver, just like that. Sure, I get that Ray saw that Oliver wasn’t a killer after that exchange, but that did seem a little too easy…

In fact, the entire episode felt like both of its storylines weren’t entirely satisfying. The action was great, and it carried the episode incredibly well in terms of entertainment value. Beyond that though, the Suicide Squad plot felt weak, since the squad itself felt too small, and it all just amounted to a roundabout way to kill off Deadshot (supposedly), and have Diggle leave Oliver’s crew, which is something he probably won’t stick to. The whole conflict with Ray also felt a bit underwhelming, since it felt like a whole lot of nothing, and makes Ray come off as either incompetent, or bipolar. For a man with a 140 IQ, he sure is quick to jump to conclusions… 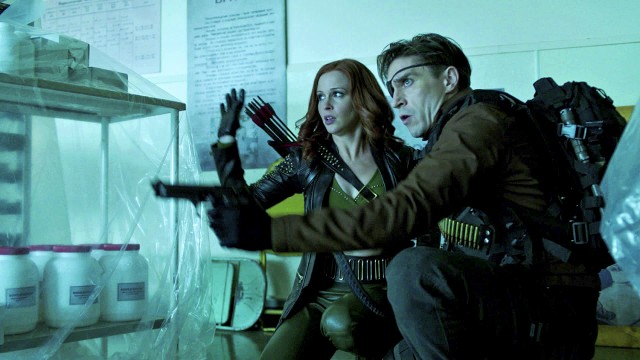 In any case, “Suicidal Tendencies” felt a little half-baked in terms of its storyline, but the thrilling and tightly-executed action sequences helped to make up for this. The series didn’t really gain any ground, beyond Diggle resolving to leave Team Arrow (for now), and it’s tough not to feel like the episode was a bit overstuffed with extraneous story elements, when we’re supposed to be gearing up for the climactic battle against the League of Assassins for the season finale. Still, it’s tough not to enjoy a good romp with the Suicide Squad, even if Waller could really stand to find more recruits.