It may be Easter Weekend, but there’s another big event going on in the geek community at present; WonderCon! Those attending were treated to a sneak peek at Gotham’s next episode, with the show’s Spring hiatus concluding in just over a week, on Monday, April 13th, along with some confirmations of which foes Ben McKenzie’s Jim Gordon will get to square off against in the upcoming second season. 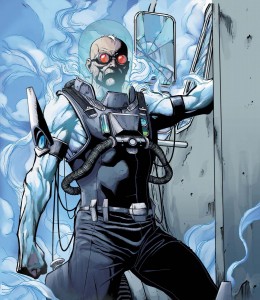 Various Batman foes were confirmed to be featured in Season Two at the WonderCon panel, including, among others, Mr. Freeze, Clayface, Hugo Strange, Hush, and Mad Hatter. The WonderCon panel didn’t go into specifics of how any of these characters will be featured, though it would appear that the Hugo Strange story material that was initially teased for Season One has indeed been bumped to next season, since this season has four episodes left, and Strange still has yet to appear on the show.

Gotham’s panel also revealed that Jerome, one of the suspects that the show has teased may one day become Batman’s arch-nemesis, The Joker, first appearing a couple of episodes back in “The Blind Fortune Teller”, will return in Season Two. They still played coy as to whether Jerome is indeed the one who will be The Joker however. There was also no comment m 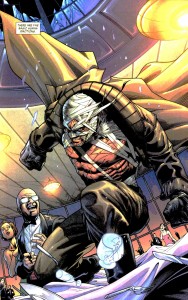 ade about whether Joker’s deranged squeeze, Harley Quinn may make her debut in the next season of Gotham, but so far, it doesn’t look like she’s planned for Season Two at this point. Lest we forget, unless Gotham’s incarnation of Harley Quinn is older than most of her DC media counterparts, a la the older Harvey Dent that we’ve seen on Gotham already, she’d probably be in her tween years as the events of Gotham are unfolding.

These plans for Gotham’s second season will mark the first time that some of these villains have been portrayed in live-action, namely Hush and Hugo Strange. Mad Hatter made a previous live-action appearance in the campy 1960’s Batman series starring Adam West, and an altered version of Clayface was featured in short-lived series, Birds of Prey. Mr. Freeze has had the most well-known live-action portrayal so far, as he was played by Arnold Schwarzenegger in ill-received 1997 Batman movie, Batman & Robin, as well as making appearances in the 1960’s Batman series. Mr. Freeze is of course famous for his super-durable armour and highly dangerous freezing gun, turning to a life of crime in order to fund research necessary to cure his frozen wife, who is dying of fictional DC Universe disease, MacGregor’s Syndrome.

The only foe that we’ve seen glimpsed already on Gotham, in a manner of speaking, is Tommy Elliot, the young man who will one day become lethal plastic surgeon and Bruce Wayne hater, Hush, who has already taken the liberty of bullying Bruce at private school during the first season.

For those unaware, Mad Hatter, a.k.a. Jervis Tetch, is a Lewis Carroll-inspired villain with a fascination for hats, who utilizes trick hats as weapons and tools, and also relies heavily on mind manipulation technology. Some of The Riddler’s behaviour and capabilities in 1995 Batman movie, Batman Forever appear to be inspired by the M.O. of Mad Hatter.

As for Clayface, there have been many incarnations of this villain in DC Comics, though the most popular and recurring of them is an actor called Basil Karlo, the original Clayface, who goes insane when he learns that his famous horror movie breakout turn is being remade without his involvement. Every Clayface incarnation has the ability to shapeshift and appear as whomever Clayface wishes to, as well as sporting an indestructible and very strong clay-like body that can massively increase in size. 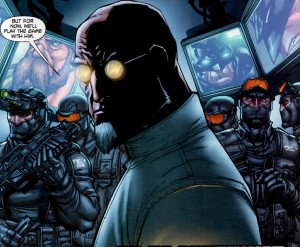 Finally, Hugo Strange, a villain that was apparently originally planned to appear in Gotham’s first season, is a professor at Gotham City’s infamous mental institution, Arkham Asylum, and is one of the only villains in the DC Universe who is aware of Bruce Wayne’s identity as Batman. Strange is obsessed with the dichotomy of Bruce Wayne and Batman, often constructing and studying elaborate trials for the Dark Knight. Originally, Strange was known as a doctor and not a professor, though DC later changed his title to avoid confusion with Marvel’s Sorcerer Supreme, Doctor Strange.

Keep swooping back to Eggplante for all news and updates on Gotham, and other DC Universe projects on television.