After its Spring hiatus, it was comforting to see The Big Bang Theory return without dredging up the increasingly tiresome conflict between Leonard and Sheldon in regards to their paper. Instead, we got a good old-fashioned romp to another nerdvana, as the two tried to make their way into Skywalker Ranch as an interlude to a lecture at Berkeley.

It was very enjoyable to just see Sheldon and Leonard put their differences aside and be friends again. Their mutual quest to meet George Lucas gave way to some high-quality laughs, particularly when Sheldon decides to take matters into his own hands. Even though the show has managed some solid Sheldon/Leonard conflicts even eight years in, seeing the two form a united front feels like a satisfying reminder of why Leonard hasn’t just packed up and abandoned Sheldon a long time ago. 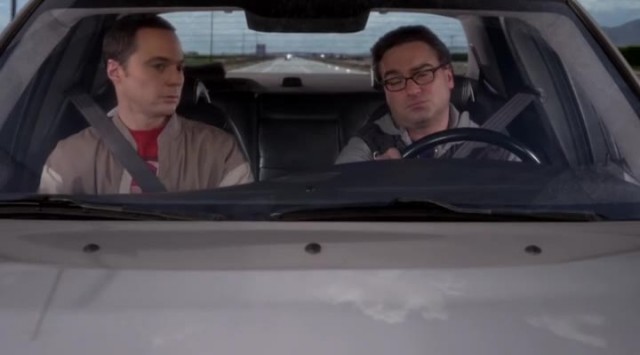 Meanwhile, an equally strong subplot helped carry the rest of the episode, involving Bernadette and Howard disagreeing over what to do with one of Howard’s more prized collectibles, a life-sized replica TARDIS from Doctor Who. The two decide to settle their differences over a ping-pong match, but end up picking champions, Game of Thrones-style, as they both don’t have the ability to play. Thus, Raj and Penny substitute for them. On this note, the reveal that Leonard forces Penny to watch Doctor Who, yet she knows Game of Thrones episodes because she watches the show of her own volition, due to the violence and sex, was pretty funny.

Before all of this however, Leonard and Sheldon stole the episode with some really standout gags. Sheldon’s game of, “I Do Not Spy” was hilarious stuff, as was his sore loser reaction to Leonard guessing just one correct answer. Sheldon will still be Sheldon, but when the show walks the line between irritation and endearment with Sheldon’s interaction with Leonard, it’s a big part of what makes Sheldon/Leonard escapades perform especially well.

Things only got funnier when the two actually reach Skywalker Ranch as well, where every joke hit with resounding success. Starting with the two trying to talk their way into the ranch, all the way up to Sheldon making a run for the inner area and getting tasered, only to end up in a holding area with a fellow fanboy that got caught kissing a Chewbacca statue, every bit of humour worked very well. The biggest laugh of the episode for the most part came when the other fanboy confesses his dirty deed to Sheldon, only to have Sheldon appear to be put off, before instead telling Leonard that he can’t believe they didn’t see the statue gallery.

Even though the two missed their lecture due to their shenanigans, the audience satisfaction of the two men breaking out of their rut and having an adventure was easily shared. It was even Sheldon that pointed out, accurately, that the day was nonetheless a win because they did something different, they got to see a place that few people get to see, and best of all, Leonard got to watch someone he finds irritating get tasered. He’s right, and that helped to cap off a very satisfying episode plot quite well. The only thing that this arc was missing is a seemingly inevitable George Lucas cameo, but that’s a nitpick, even if it was an undeniable missed opportunity.

As for the resolution with the ping-pong match, seeing Amy replace Raj after Bernadette attempts to manipulate him into taking the TARDIS himself if Howard loses the bet, was quite funny. Likewise, it was also very amusing to see Amy perform superhuman ping-pong serves that can’t be returned, yet be unable to do anything else, since she had no friends growing up. If she did, they would have told her that she could have put up the other end of the table, or so she points out.

Regardless, Howard ends up losing the bet, and Amy takes the home the TARDIS, when Bernadette convinces her that she can lure Sheldon into her bedroom with it. The epilogue scene of Sheldon imitating Tom Baker’s Doctor in an attempt to role-play with Amy, while Amy admits aloud that she didn’t think the situation through, was perfectly executed. 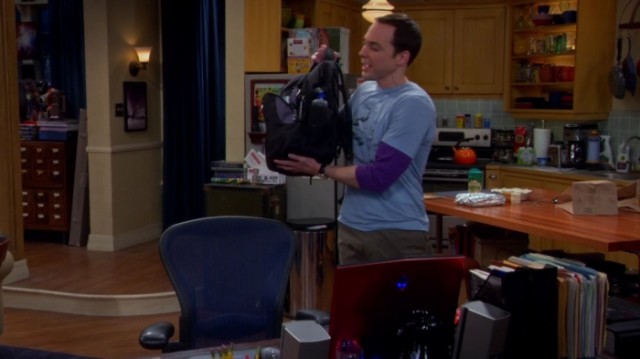 “The Skywalker Incursion” was a simple, friendly way to bring the show back after its Spring hiatus. It took two simple, inspired ideas, and executed them excellently. It’s a great high note to kick off the final run of episodes before the season finale, but best of all, it’s good that Leonard and Sheldon managed to bury the hatchet in the interim, at least for now.

The Big Bang Theory 8.19: "The Skywalker Incursion" Review
The Big Bang Theory returned on a very strong note with the funny and satisfying "The Skywalker Incursion", which had Leonard and Sheldon put aside their differences, and give Howard and Bernadette another dysfunctional way to settle a dispute.
THE GOOD STUFF
THE NOT-SO-GOOD STUFF
2015-04-04
91%Overall Score
Reader Rating: (2 Votes)
54%