Get Hard is one of those comedies with a huge sense of heart, and no brain in its head. It proudly goes out of its depth to take on a social issue that it doesn’t truly understand, and becomes something of a hot mess, unfolding more as a half-baked feature-length comedy sketch, than a truly worthy comedy film.

But here’s the thing, I don’t dislike Get Hard. It’s a very flawed movie, sure, but it’s got enough amusing moments to get by as an acceptable cheap day matinee, or home video rental, when that time comes. Fans of Will Ferrell and/or Kevin Hart in particular will get some chuckles out of it, even if its aggressive lack of common sense may put off those looking for something more inspired or clever. In fact, it’s the two lead stars that elevate Get Hard above being just another comedic misfire. 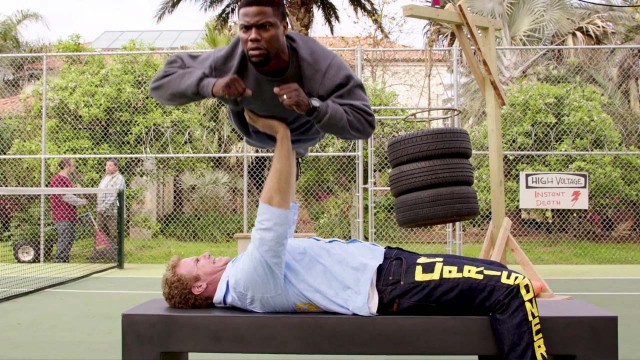 Perhaps the curve has been adjusted, since R-rated comedies really seem to be struggling at this point, after their post-The Hangover renaissance at the turn of the decade, but if you’re interested in Get Hard, it’s got some decent laughs, even if it’s not a gut-buster by any means.

Get Hard primarily stars Will Ferrell as an absurdly wealthy hedge fund manager, James King, who, despite being beloved in his social circles, is a bit, shall we say, naive about people outside of the white collar, upper-class environment. Often facing the brunt of his ‘naivete’ is Kevin Hart’s character, Darnell Lewis, who owns a small car washing business that just so happens to clean King’s car.

After becoming engaged to the gold-digging daughter of his boss however (played in a small part by Alison Brie), and imminently about to seize lasting domestic bliss, James is arrested and charged by the FBI with fraud and embezzlement, with scads of evidence claiming that he stole a ton of money from his clients. Given a month to get his affairs in order, James then decides that the best person to ask to help him toughen up for prison (after bawling like an infant about it for the first week or so), is Darnell, since Darnell is, you know, not Caucasian. 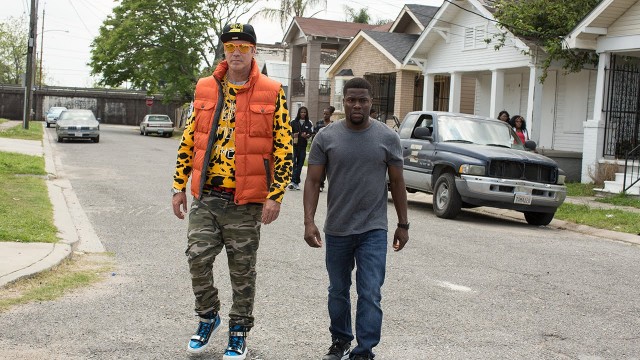 The whole movie then unfolds as a big showcase of increasingly ridiculous efforts made by James to get tougher, and by Darnell to appear tough, despite Darnell not even having a parking ticket on his record. You can see what the movie is trying to do, even if its execution is patchy and a bit inept. Get Hard wants so badly to expose the ridiculousness of racial stereotypes, on both sides, but it’s clearly out of its depth. Some of its scenes work at generating laughs, but some just feel odd and childish, despite this being a comedy that’s directed at adults.

It also seems like Alison Brie’s character was really shafted in the script, showing up at the beginning, and the climax, and barely anywhere else, giving her a couple of decent laughs, but not enough to make an impression. If you can see where the movie is going with the fiancee and her father (played in an equally under-developed role by Craig T. Nelson), then it looks like you’ve still got something between your ears, because the final twist is pretty damn obvious. Hell, the movie even makes fun of how obvious its twist is in one scene. As much as the movie tries to laugh off its lazy character writing, the fact is, it’s still lazy character writing when it comes to who is actually behind James’ trouble.

But, if you’re seeing Get Hard, chances are, you’re going for the rapport of Ferrell and Hart. Hart at least turns out a lot better here than he did in the very unfortunate The Wedding Ringer from this past January, and Ferrell’s still funny, even if the joke behind his character is a bit more one-note in contrast to the more complex and better motivated Darnell, who is trying to get a payout for his prison training, so that his daughter can go to a better school. 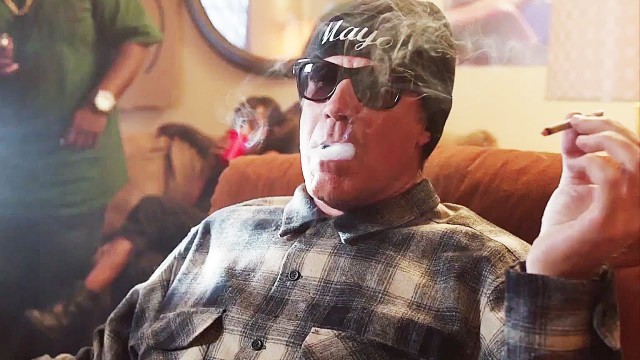 In that sense, Kevin Hart seems to get the most out of Get Hard, which is the closest he’s come to a movie role that is actually worth his outstanding comedic talent. Ferrell’s definitely played better characters, but he has the advantage of being more established in the movie space. This still isn’t the breakout role that Hart deserves, but it’s his best turn yet at the movies, for what that’s worth, even if the rest of Get Hard’s cast is pretty under-developed.

Like I said, Get Hard feels more like a feature-length comedy sketch than an actual movie. That may be fine to some viewers, as it means that the movie tries to put laughs before anything else, but it also leaves Get Hard without any real depth or substance. For a movie that so badly wants to challenge modern social norms, that doesn’t give it much of a leg to stand on.

Still, even if the plot is very simple and predictable, Get Hard is not devoid of laughs, as long as you’re not too uptight about its subject matter, and rather casual relationship with realism. Darnell’s motivations push the plot forward a lot better than James’ do, which is ironic, since James is supposed to be who the movie is actually about. It feels like James’ entire storyline is just a necessary consequence to tell a different, and slightly better storyline about Darnell. Bottom line is, Get Hard’s script could have used another structural tune-up. 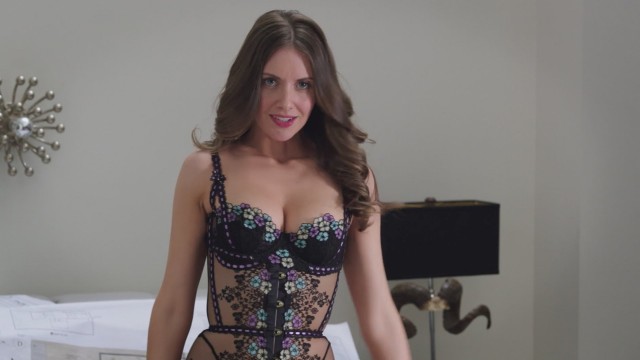 If you can forgive the potentially off-putting idiocy of its actual storyline though, Get Hard is a fair proposition when it’s just treated as the comedy sketch it’s trying to be. If you’re coming to see Ferrell and Hart be silly together, then you’ll get what you paid for. Don’t expect much else out of the wafer-thin plot though.

Etan Cohen, not to be confused with Ethan Coen of the Coen Brothers, is making his directorial debut with Get Hard, after working as a writer for King of the Hill, Idiocracy, Tropic Thunder, Men in Black 3, and Madagascar: Escape 2 Africa. Those are all solid resume entries, but Coen’s lack of experience in the director’s chair might explain some of Get Hard’s botched social satire.

Still, Coen does get good mileage out of Ferrell and Hart, even if a few more outlandish gags feel shot in a weird way. Get Hard is put together with a solid degree of polish though, with a countdown showcasing how long James has before his prison sentence, among other neat little touches. Coen’s directing work seems to be at its best however when he just allows Ferrell and Hart to do their thing, with minimal intervention. 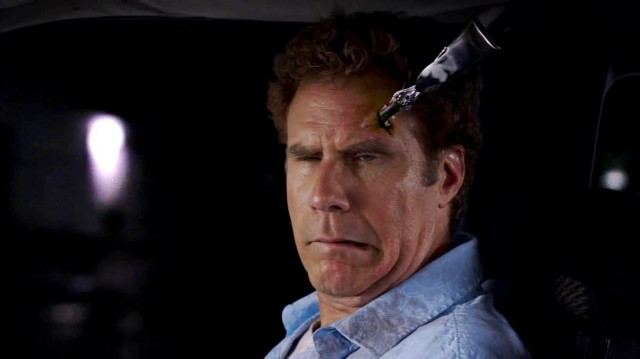 In that sense, it’s a slightly amateurish, mostly passive directing job, but Coen’s got to get his feet wet somewhere. For a first effort, Get Hard could have turned out a lot worse, since at least Ferrell and Hart aren’t unfunny, and at least the movie genuinely tries its best with the script it’s been given, without a sense of feeling lazy or slapdash. The movie’s final product may feel a bit uneven in terms of the directing work, but at least it’s not made without effort.

Get Hard is charming, but brainless, and polished, but shallow. In the end, it averages out to being an acceptable, but largely unmemorable comedic distraction, one that bites off far more than it can chew with its themes, despite its good intentions. At the very least though, it’s an improvement over The Wedding Ringer, Hot Tub Time Machine 2 and Unfinished Business, and elevates 2015 just a bit higher for the comedy genre, after the year so far appears to be pretty disastrous for the realm of comedy movies.

Get Hard may squeak by on the virtue that it’s merely disappointing, not downright bad, but again, at least it’s not unfunny. Some of the laughs are on account of embarrassment for the movie, but those laughs are still laughs. You also can’t ignore that Ferrell and Hart are a great comedic team, and I do hope that they collaborate again on another movie in the future, and hopefully a better movie. 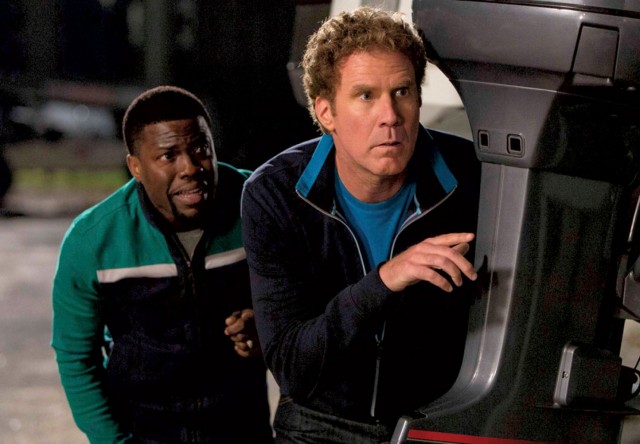 So, if you’re really desperate for an R-rated comedy that doesn’t just fall flat on its face, Get Hard merely falls on its ass, for what that’s worth. It’s certainly not going to impress you any more than the previous failed attempts at comedy hits for 2015, but at least it tried, and at least even its failures hold some decent entertainment value.

Get Hard Review
Get Hard's good intentions can't save it from biting off far more than it can chew with its racial satire, but despite its stupidity and recklessness, at least it has heart, and at least Ferrell and Hart provide a solid comedic team.
CHARACTERS60%
PLOT60%
DIRECTION65%
THE GOOD STUFF
THE NOT-SO-GOOD STUFF
2015-04-16
62%Overall Score
Reader Rating: (1 Vote)
100%